Accessibility links
COVID-19 Infection Rate In Rio's Favelas Far Exceeds Official Count, A New Study Says : Coronavirus Live Updates The number of people infected by the coronavirus in some of Brazil's poorest and most vulnerable neighborhoods could be 30 times higher than the officially registered count, according to researchers. 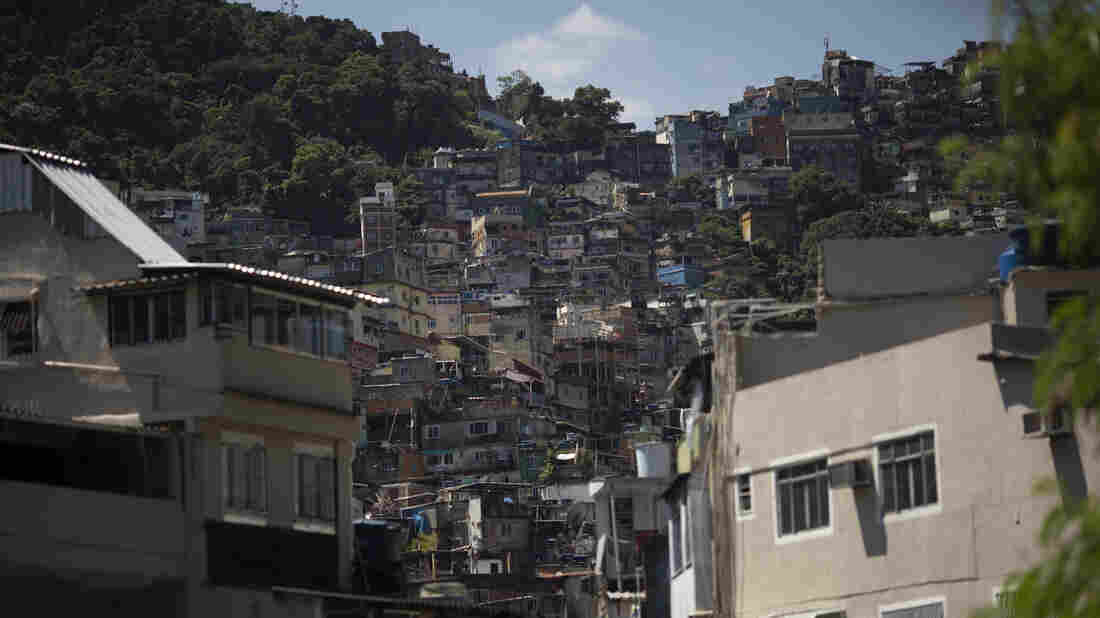 A view of Rocinha, Rio de Janeiro's largest favela, in March. A recent study showed almost 1 in 4 of those tested in Rocinha was infected with the coronavirus. Silvia Izquierdo/AP hide caption 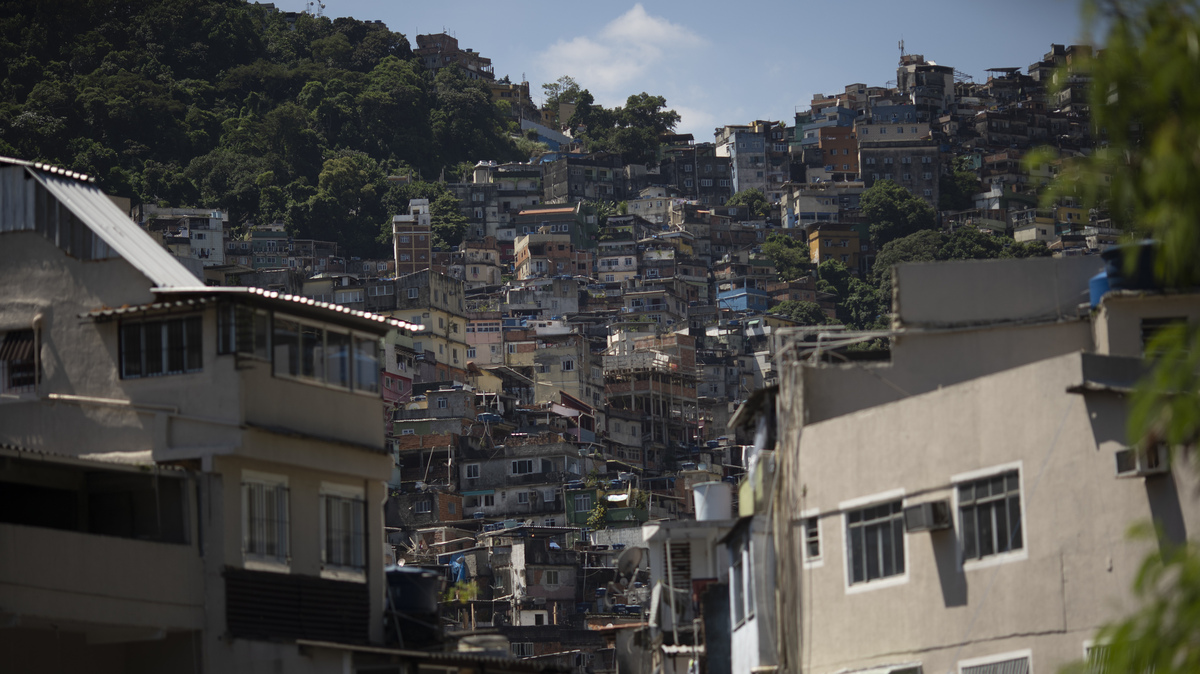 A view of Rocinha, Rio de Janeiro's largest favela, in March. A recent study showed almost 1 in 4 of those tested in Rocinha was infected with the coronavirus.

The number of people infected by the coronavirus in some of Brazil's poorest and most vulnerable neighborhoods could be 30 times higher than the officially registered count, according to Brazilian researchers.

Since the pandemic began, there has been intense concern about the virus's impact on these communities, including favelas where the population is predominantly poor and black.

About 1.5 million people live in Rio de Janeiro's favelas, often in overcrowded and unsanitary conditions where social distancing is difficult to implement and access to health services is limited.

In a new study, researchers carried out 3,210 rapid tests on residents of six of the city's most densely populated areas. They found the highest rate of positive tests — 28% — in Cidade de Deus, a favela made famous by the 2002 movie City of God.

The survey was carried out by Rio's mayor's department in collaboration with the Brazilian Institute of Public Opinion and Statistics, a leading research and polling organization.

In Rio de Janeiro's largest favela, Rocinha, home to at least 100,000 people, the sample showed almost 1 in 4 of those tested was infected. (By comparison, studies project that 9.5% of people in São Paulo, Brazil's most populous state, are infected).

The survey's findings indicate the infection rate is much higher than the official count — more than 3,600 confirmed cases and at least 707 deaths — in the neighborhoods covered by the survey.

Projections by the survey authors suggest that in the six areas where tests were conducted, the proportion of infected people who eventually died was 1.8% or less. Rio's Mayor Marcelo Crivella says this disproves media allegations that the virus's lethality rate in his city is higher than elsewhere.

Crivella is facing mounting criticism from medical experts, who are worried by a surge in new infections in Rio after isolation measures were relaxed earlier this month. In recent days, the city's beaches and buses have been packed with people, many without masks.

Scientists and doctors say enforcement of social distancing has been made difficult because of the behavior of President Jair Bolsonaro, who has scoffed at the virus and dismissed advice to stay home or wear a mask. A federal judge this week ordered Bolsonaro to wear a mask in public, after he repeatedly appeared without one at rallies of his far-right supporters.

COVID-19 has killed more than 53,000 people across Brazil. On Tuesday, Brazil's Health Ministry announced 1,374 deaths nationwide, its second-highest daily count. Brazil has nearly 1.2 million confirmed cases, more than any other nation except the United States.