Accessibility links
House And Senate Both In Washington For Votes Amid Questions On Testing : Coronavirus Live Updates The House will return to Washington after its latest extended recess. The plans will overlap the Senate's session for the first time since the pandemic began as access to testing remains limited. 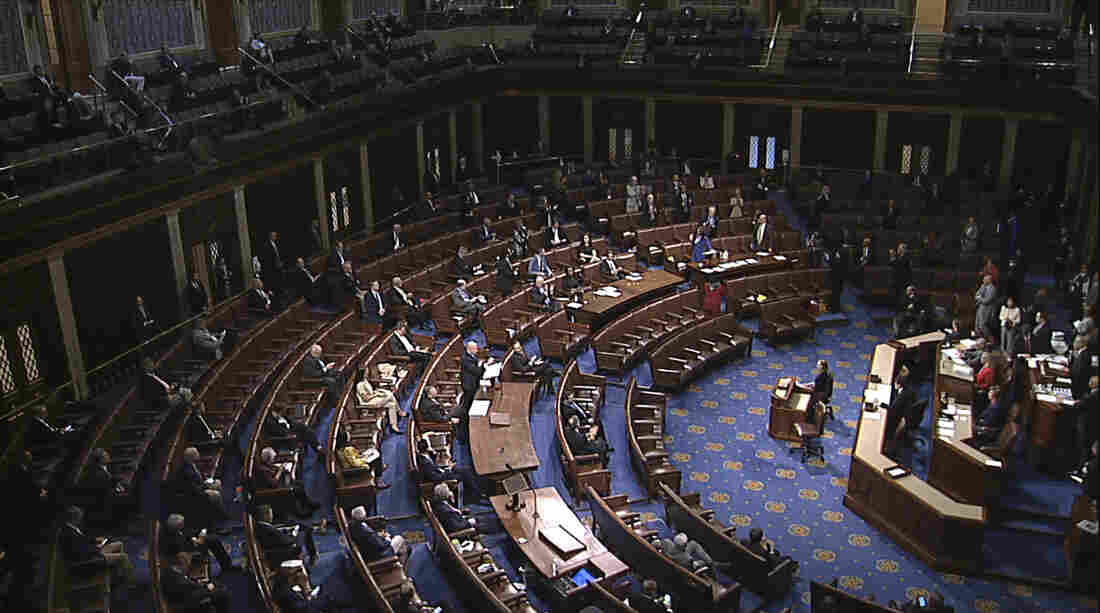 Lawmakers are directed to practice social distancing for debates and votes on the floor of the House of Representatives. House Television via AP hide caption 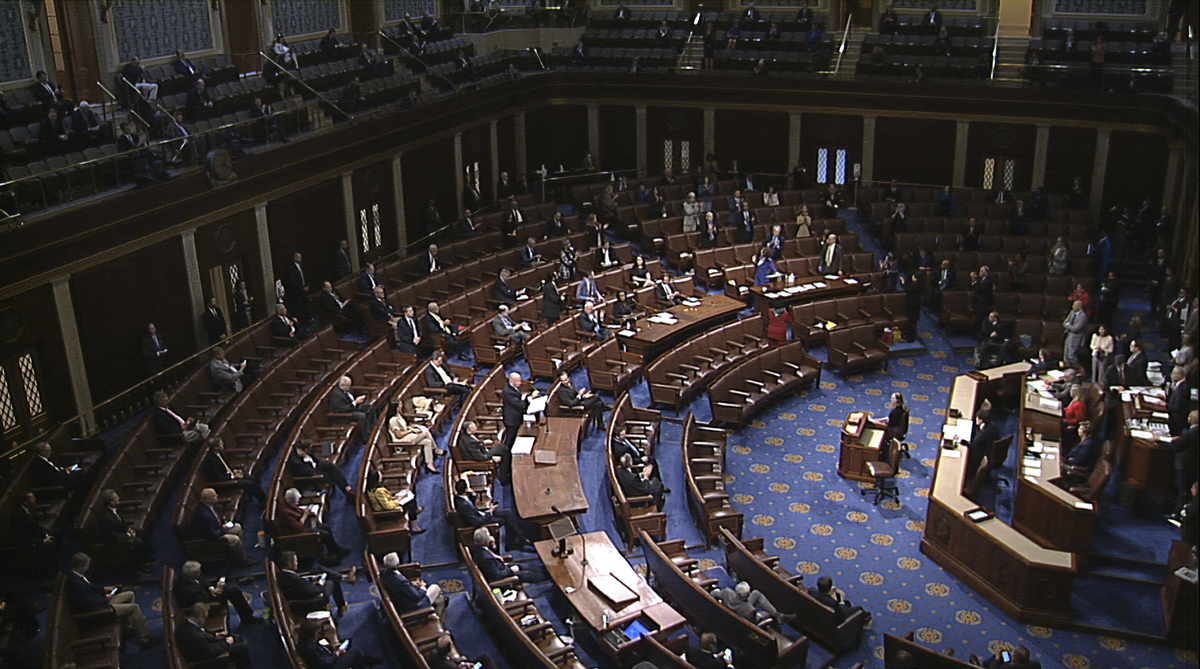 Lawmakers are directed to practice social distancing for debates and votes on the floor of the House of Representatives.

On Thursday, the House and Senate will be in session at the same time, for the first time, since the pandemic began more than three months ago.

While the 100-member Senate resumed its regular floor business in May, the much larger House of Representatives has met sparingly. With more than 430 members, the lower chamber faces higher risks for an outbreak.

And like many other workplaces around the country, Congress has had to ration tests for the coronavirus. Much of the work by employees, aides and lawmakers is being done remotely. Last month, the House approved new rules allowing proxy voting and hearings by video conference.

"Rationing tests for members of Congress ... to me, it's maddening," said Dr. Ashish Jha, director of the Harvard Global Health Institute. "Like, this is no way to run a country."

But there have been some improvements. The attending physician to Congress can now test asymptomatic members, a senior Democratic aide told NPR. Previously, only some sick members could access tests.

Meanwhile, the Capitol remains closed to the general public for tours and visits. And those still meeting there largely adhere to the attending physician's guidance to maintain social distancing and wear masks.

"Everyone should just wear a damn mask, like you guys are, like I am right now," Sen. Marco Rubio, R-Fla., told reporters Wednesday.

Members of Congress saw a spike in cases at the start of the pandemic but have largely flattened their curve, with a total of nine cases.

But Capitol workers — which include staff members, Capitol Police officers and those who maintain operations — have seen a larger influx of cases, with more than 60 by mid-June, according to a congressional aide.

"Those are the ones that we should be concerned about developing some long-term testing protocols for, because it's not just about the members," Rep. Rodney Davis, R-Ill., ranking member on the House Administration Committee, told NPR recently.

Davis has been on the hunt for a new testing program for Congress. This month, he wrote House Speaker Nancy Pelosi, D-Calif., asking for the attending physician to partner with the military or a private vendor to test 2,000 people or more a week.

But so far Pelosi and Senate Majority Leader Mitch McConnell, R-Ky., have said Congress shouldn't get prioritized testing ahead of essential workers.

The chair of the House Administration Committee, Rep. Zoe Lofgren, D-Calif., agrees with that plan — for now.

"I think until the country is in better shape, we're not going to be in a position to test everybody who comes into the Capitol," Lofgren said.

Experts such as Jha say national testing still hasn't reached recommended levels. Among those showing little interest in boosting it is President Trump, who told a rally last weekend in Tulsa, Okla., that he asked for testing to be slowed.

On Tuesday, Trump told reporters he wasn't kidding when he made the comments.

"Testing is a double-edged sword," he said.