Accessibility links
Disneyland Pushes Back Its Reopening As New Cases Surge In California : Coronavirus Live Updates The Walt Disney Company says it is awaiting state guidance before welcoming visitors back to its California parks. The announcement came as the state said 7,149 new cases were reported on Tuesday.

Disneyland Pushes Back Its Reopening As New Cases Surge In California

Disneyland Pushes Back Its Reopening As New Cases Surge In California 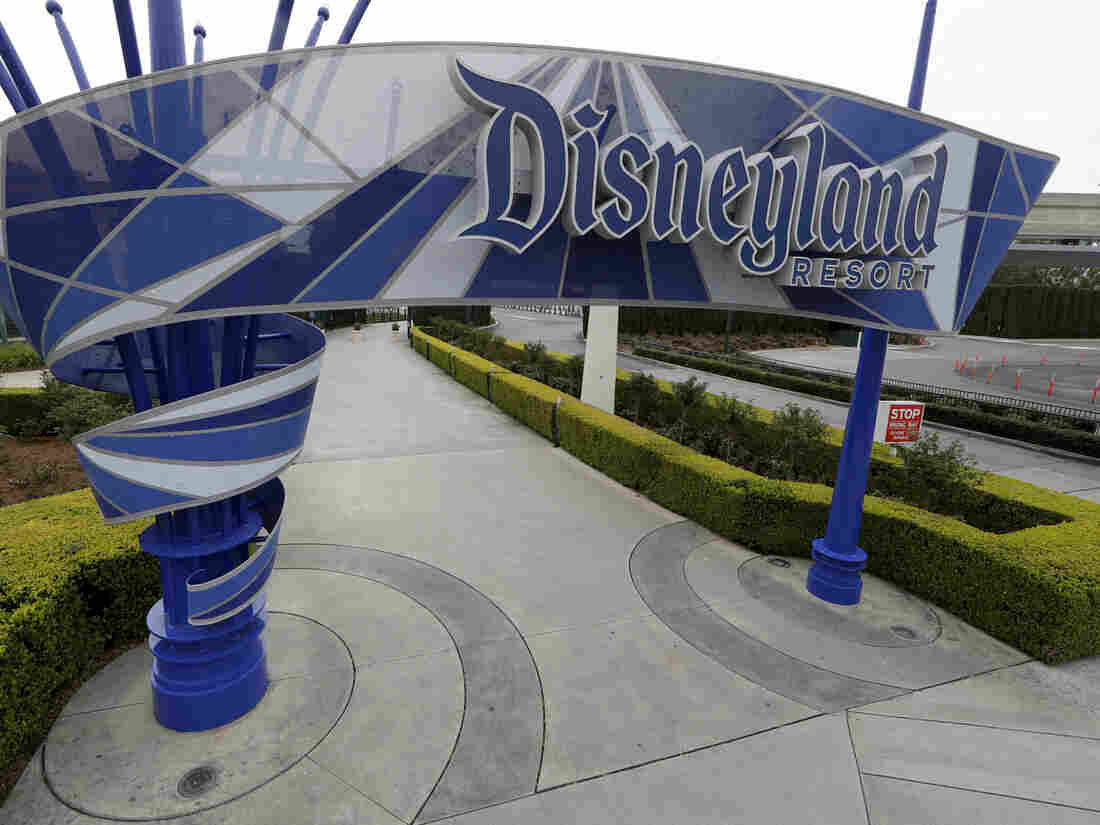 The Walt Disney Company said it was awaiting state guidance before having visitors return to its California parks. The announcement came as the state reported Tuesday's surge of 7,149 new cases. Chris Carlson/AP hide caption 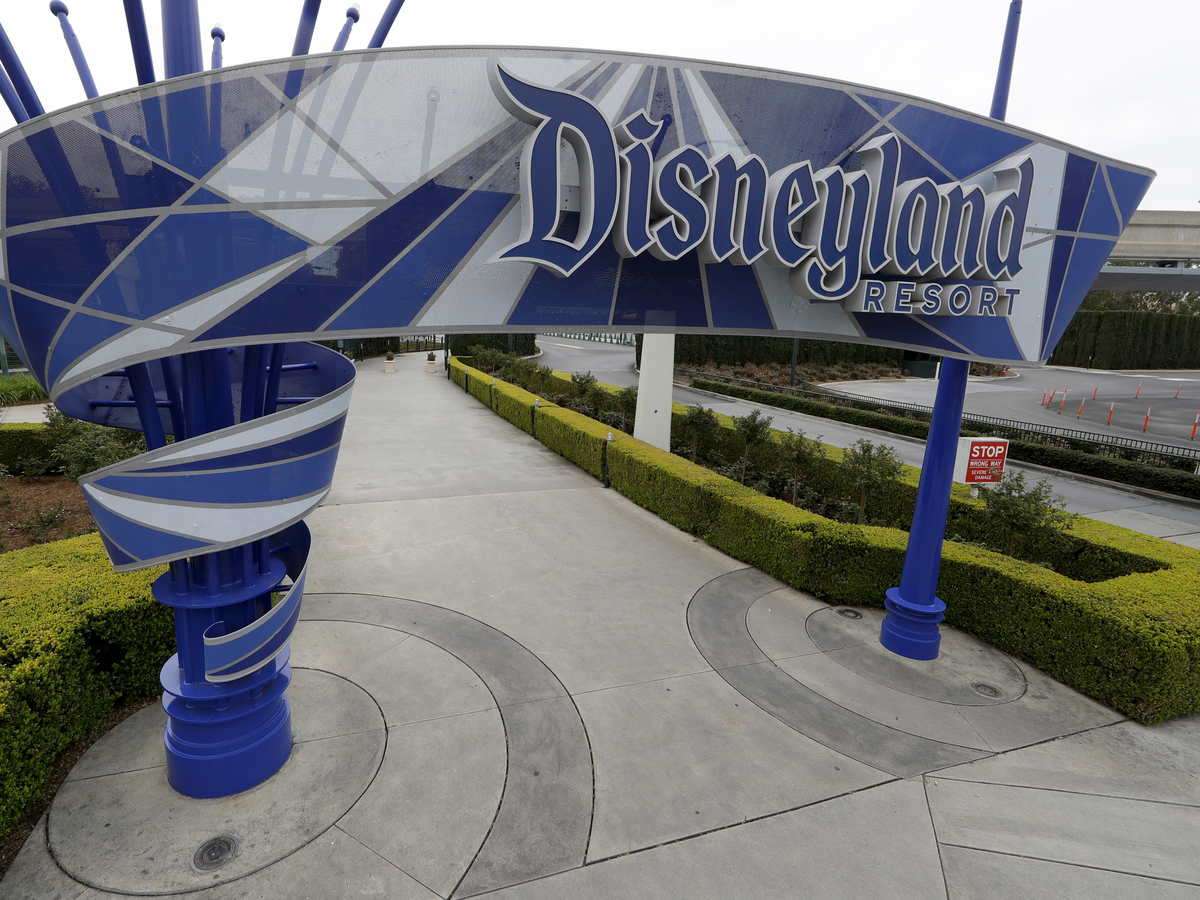 The Walt Disney Company said it was awaiting state guidance before having visitors return to its California parks. The announcement came as the state reported Tuesday's surge of 7,149 new cases.

Disney is putting off plans to reopen its southern California parks until state officials issue guidance on how theme parks can allow visitors back, The Walt Disney Company said on Wednesday.

The company had planned to open both Disneyland and Disney's California Adventure parks on July 17. Those openings, and plans to reopen resort hotels, are delayed indefinitely.

A new reopening date would not be announced without state approval, Disney added.

"The State of California has now indicated that it will not issue theme park reopening guidelines until sometime after July 4," the statement read.

Both of Disney's parks in Anaheim, Calif., have been closed since mid-March.

A plan to reopen its retail and entertainment strip, Downtown Disney, on July 9 would remain in place.

Internationally, the company has already reopened resorts in Hong Kong and Shanghai. The company also plans to open its Walt Disney World Resort in Orlando, Fla., on July 11.

Wednesday's announcement to keep the two parks closed comes as the state has seen surges in new COVID-19 cases, including 7,149 new confirmed cases on Tuesday.

Concerns about reopening the park during the pandemic have also been raised by park employees.

In an open letter to California Gov. Gavin Newsom, a group of unions representing some 17,000 park employees registered their concerns in Disney's initial plans to open up again in July.

"Although Disney has provided some information and accommodated some of our concerns, such as the need for the company to take temperatures of all cast members as they enter the worksite, there are numerous questions about safety which Disney has not yet answered, including any serious discussion of 'testing' — which has been the cornerstone of plans for other areas of the entertainment industry reopening," read the letter from the Coalition of Resort Labor Union letter, which was dated June 17.

Disney said Wednesday that it was working with its unions and has signed agreements with 20 union affiliates, representing at least 11,000 workers.

Meanwhile, a spokesman for Newsom told The Orange County Register that his office has been in contact with Disney and workers for its theme parks.

Newsom's communications director, Nathan Click, said "the Governor appreciates Disney's responsiveness to his concerns about reopening amid the recent increases in COVID-19 infections across many Southern California counties."