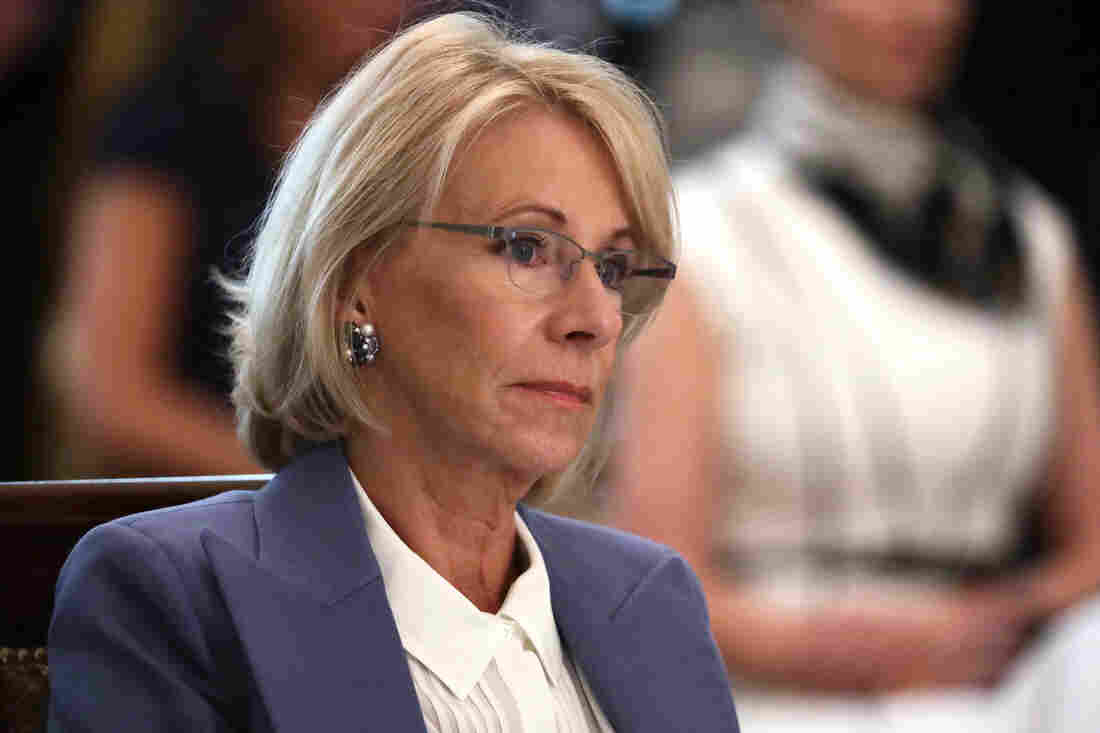 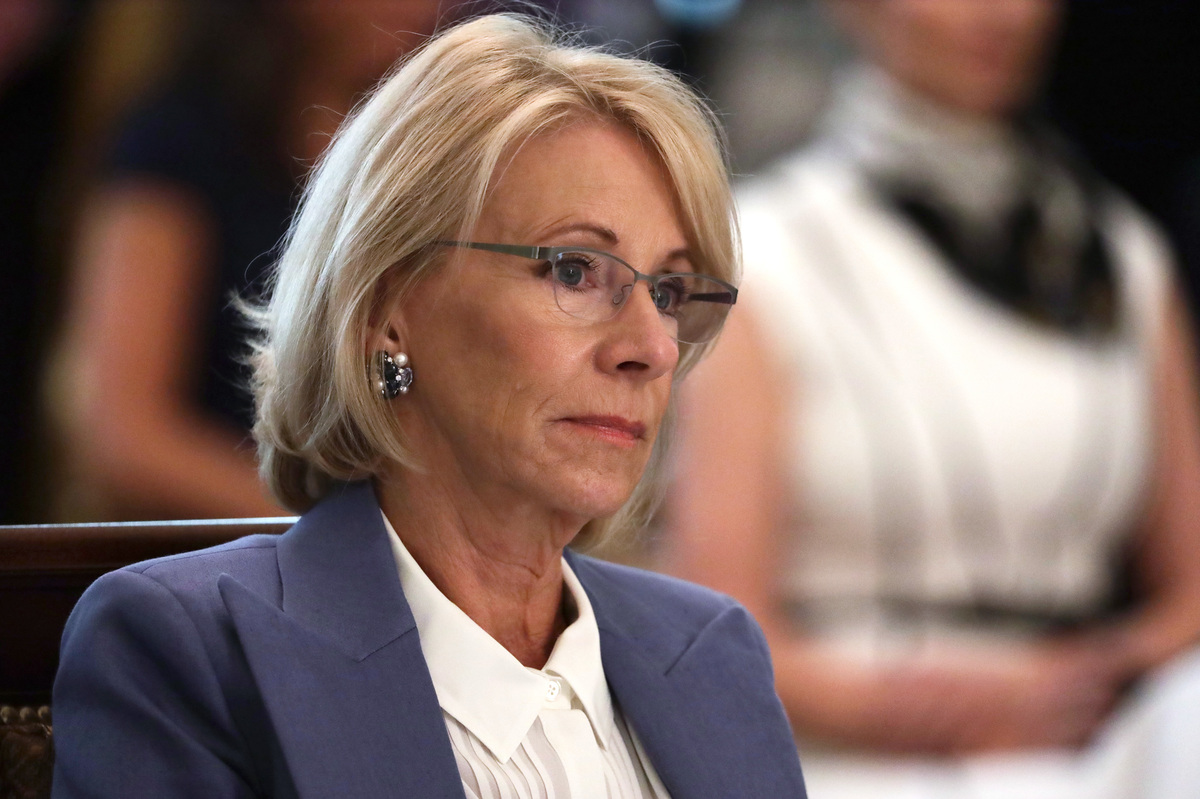 The move comes nearly two months after the Education Department issued controversial guidance, suggesting that private schools should benefit from a representative share of the emergency aid. Lawmakers from both parties countered that the aid was intended to be distributed based on how many vulnerable, low-income students a district serves.

While that guidance was nonbinding, Thursday's rule is enforceable by law.

"The CARES Act is a special, pandemic-related appropriation to benefit all American students, teachers, and families impacted by coronavirus," DeVos said in a statement. "There is nothing in the law Congress passed that would allow districts to discriminate against children and teachers based on private school attendance and employment."

The new rule gives school districts two choices about how to spend their aid money:

Option 1: If a district wants to spend the money on interventions that will reach all students — not just low-income students — it must also pay for "equitable services," such as tutoring or transportation, for all private school students in that district.

This is a hotly disputed interpretation of the CARES Act that would force public schools to put hundreds of millions of dollars toward private school services. According to an analysis by the Learning Policy Institute, this reading of the law would increase private schools' share of CARES Act dollars from $127 million to $1.5 billion.

While the second option appears to favor low-income students, public school advocates say this alternative is onerous and unworkable for many districts. Some under-resourced schools would be left out, they say, because under the new rule, the money can only go to schools that received federal Title I dollars in the 2019-20 school year. But not all schools that are eligible for Title I aid ultimately receive it, due to funding limitations.

Advocates also say that the rule's additional restrictions would severely limit how the money could be spent. For example, under the second option, the money can only go toward helping low-income students. That means it can't be used to, say, clean and disinfect all of a district's schools because not only low-income students would benefit, says Sheara Krvaric, a partner with Federal Education Group, a law and consulting firm that helps states and school districts understand federal education policy.

"You couldn't use the money to pay existing staff," Krvaric says. "You couldn't do anything district-wide. ... So it would be a real constraint."

Daniel A. Domenech, executive director of the School Superintendents Association (AASA) said in a statement, "AASA is deeply disappointed in U.S. Education Secretary Betsy DeVos' doubling down on her flawed guidance." He called the new rule "an opportunistic money grab, using the pandemic environment to advance the privatization agenda."

In announcing the rule, the Education Department lamented that "Most private schools serving low- and middle-income communities are under great financial strain due to COVID-19" and that "more than 100 private schools have already announced they will not be able to reopen following the pandemic, and hundreds more are facing a similar fate."

Rep. Bobby Scott, the Democratic chairman of the House education committee, warned that this new rule "will create more confusion at a time when schools are already facing unprecedented challenges."