Accessibility links
Texas Governor Hits 'Pause' On Further Reopening Amid COVID-19 Surge : Coronavirus Live Updates Gov. Greg Abbott said the temporary measure will help the state "corral the spread" of COVID-19 in Texas, which has seen a sharp rise in cases and hospitalizations in recent weeks. 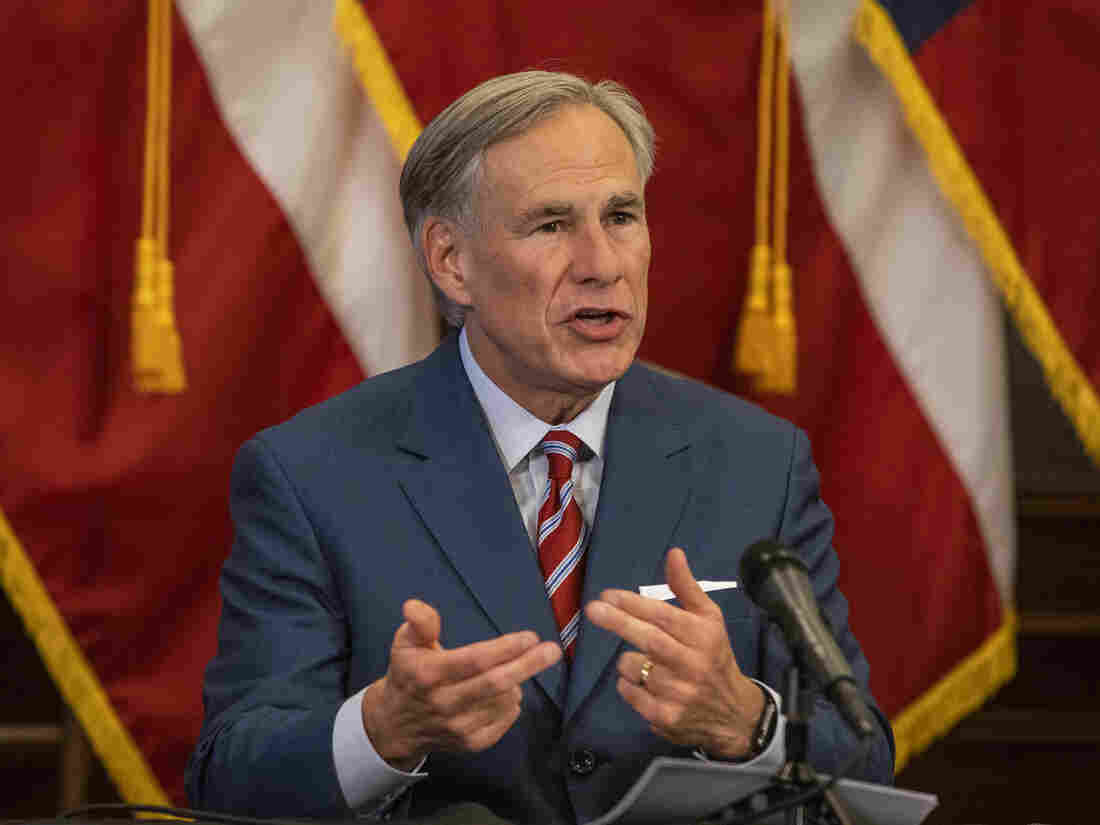 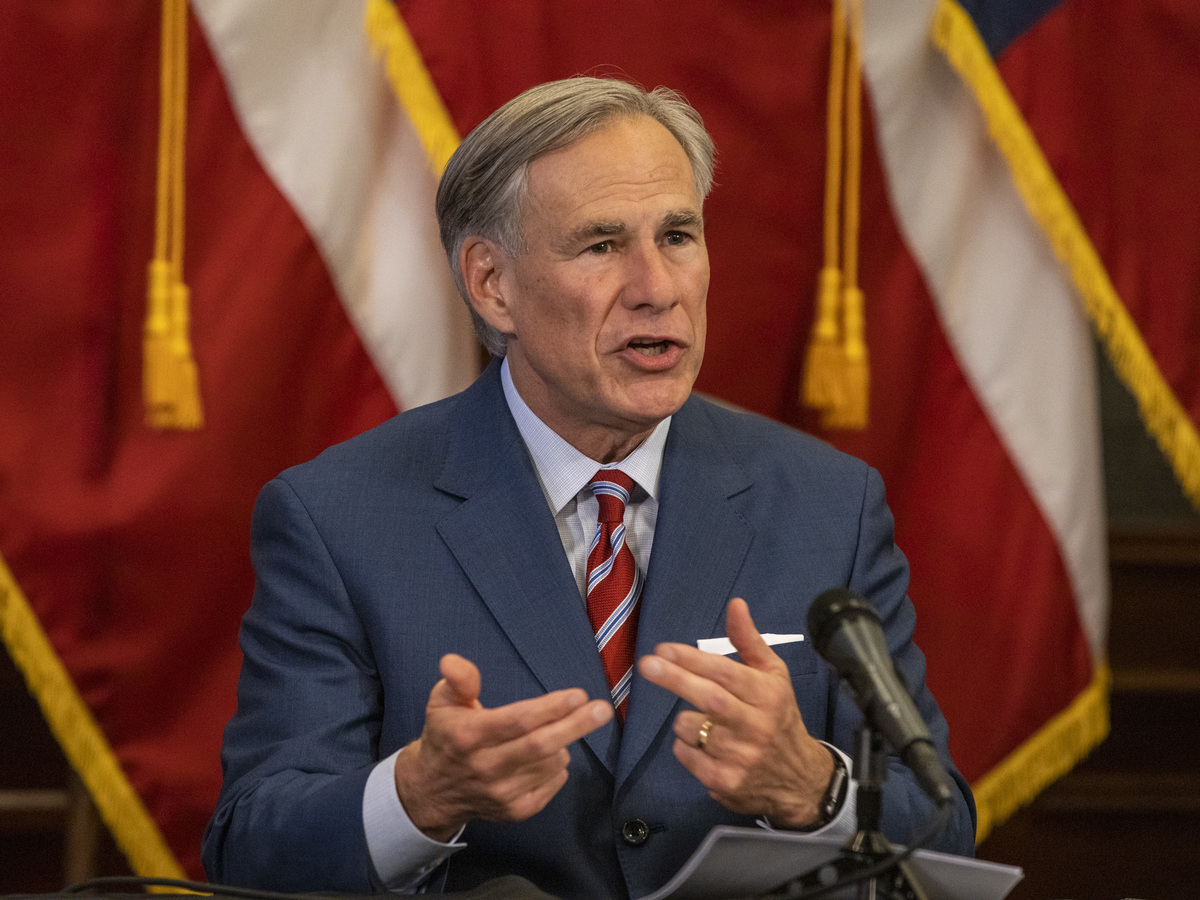 Texas Gov. Greg Abbott said the state will put a hold on further reopening as it contends with rising numbers of coronavirus cases and hospitalizations.

Texas Gov. Greg Abbott has announced the state will "pause" any further reopening of its economy for now, a day after he said that Texas is facing a "massive outbreak" of the coronavirus.

"As we experience an increase in both positive COVID-19 cases and hospitalizations, we are focused on strategies that slow the spread of this virus while also allowing Texans to continue earning a paycheck to support their families," Abbott said in a statement Thursday morning. "The last thing we want to do as a state is go backwards and close down businesses. This temporary pause will help our state corral the spread until we can safely enter the next phase of opening our state for business."

Texas was among the first states to begin the process of reopening, and many businesses are in operation once again. Those businesses that are already permitted to be open may continue to operate under the existing health protocols and capacity restrictions. Bars and restaurants have already opened for indoor seating, and gyms, malls and movie theaters have been allowed to open, too.

Abbott also halted elective surgeries in four of the state's largest counties. That move is aimed at expanding hospital capacity as the spike in hospitalizations threatens to overwhelm intensive care units and outstrip available ventilators.

His order suspends elective surgeries at hospitals in Bexar, Dallas, Harris and Travis counties — home to the respective cities of San Antonio, Dallas, Houston and Austin. It directs hospitals in those counties to "postpone all surgeries and procedures that are not immediately, medically necessary to correct a serious medical condition or to preserve the life of a patient who without immediate performance of the surgery or procedure would be at risk for serious adverse medical consequences or death, as determined by the patient's physician."

Abbott said he may add or subtract counties from the list as needs arise.

In San Antonio, ventilator availability dipped below 70% for the first time on Wednesday, Texas Public Radio reported. In Houston, one hospital's ICU reportedly was at 120% capacity, while another one's was at 88%.

Texas Medical Center in Houston said Tuesday that 97% of its ICU beds were occupied and that 27% of those patients were people who had tested positive for the coronavirus. It said its normal ICU occupancy is 70% to 80%. On Thursday, the Houston Chronicle reported that the medical center has reached 100% of its ICU capacity.

Just nine days ago, Abbott touted the state's "abundant" hospital capacity as the numbers of cases in the state were rising quickly. According to state data, as of Thursday, the Dallas area had 1,137 people hospitalized with COVID-19, Houston had 1,496, San Antonio had 606, and Austin had 288.

"These four counties [Bexar, Dallas, Harris and Travis] have experienced significant increases in people being hospitalized due to COVID-19 and today's action is a precautionary step to help ensure that the hospitals in these counties continue to have ample supply of available beds to treat COVID-19 patients," Abbott said in Thursday's statement.

"As we work to contain this virus, I urge all Texans to do their part to help contain the spread by washing their hands regularly, wearing a mask, and practicing social distancing."