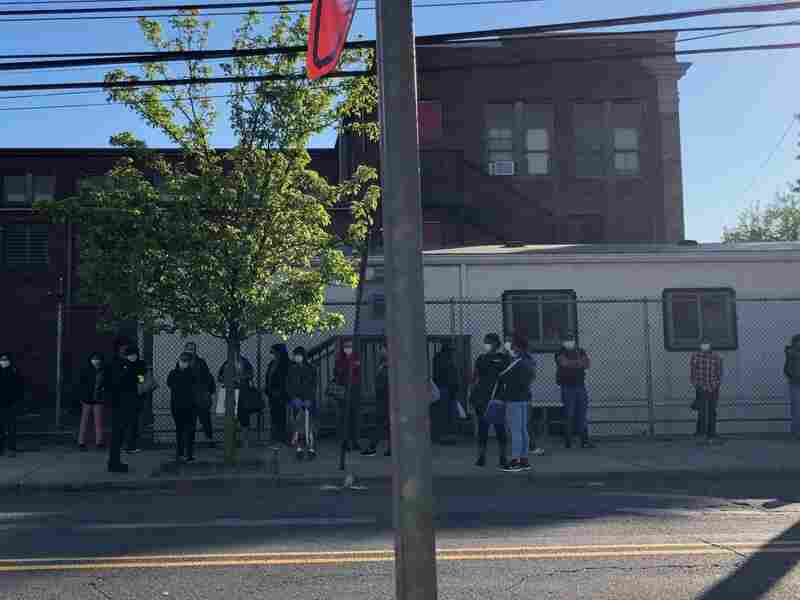 Workers wait for their ride outside On Target, a temp agency in New Brunswick, on a Monday morning in June. Karen Yi/Karen Yi hide caption 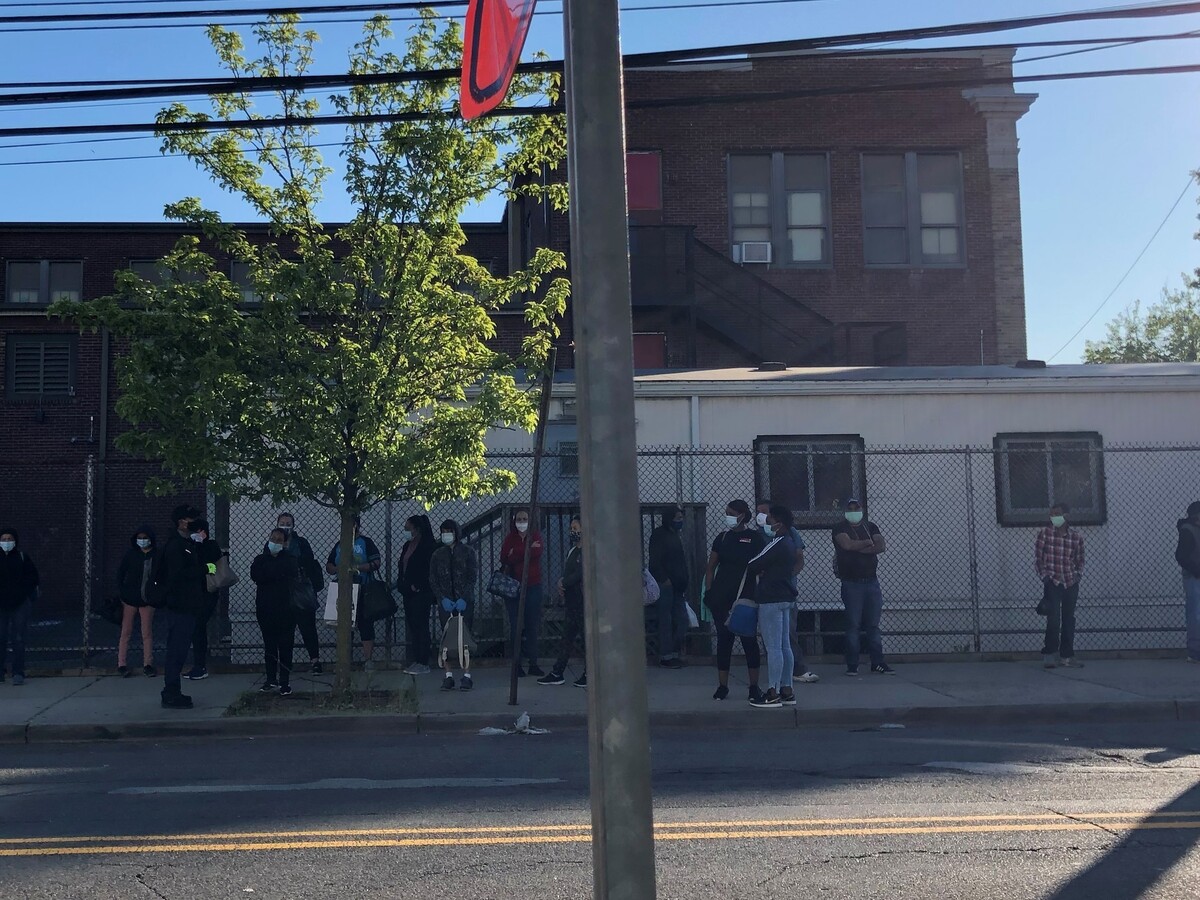 Workers wait for their ride outside On Target, a temp agency in New Brunswick, on a Monday morning in June.

Sitting outside a pharmaceutical warehouse in central New Jersey, Reynalda Cruz counted dozens of workers arriving in vans for the early morning shift.

Workers spilled out of packed vehicles that rolled up to the facility, one after the other. Cruz, a labor organizer, counted 16 people in a van built to hold 15 — despite recommendations that everyone stay six feet apart to stop the spread of COVID-19.

These are the temporary workers that help fuel warehouse labor across the state — filling a crucial and often invisible role at the bottom of the supply chain for cheap goods. In New Jersey, at least a quarter of the warehouse work is performed by temp workers, data from the Bureau of Labor Statistics show. Nationally,data show, 16 percent of warehouse work is performed by temp workers.

Many of these workers — some of whom came to the country illegally — rely on van transportation because they don't have cars or a driver's license. The vehicles are owned by the agencies or by a third party.

"Because there's no unemployment for undocumented workers, temp agencies sort of become in a very strange way, the only social safety net that undocumented workers have," said Carmen Martino, co-director of Rutger's University's Occupational Training and Education Consortium.

He said temp agencies popped up in New Jersey's immigrant-heavy cities to capitalize on a workforce with limited mobility, creating so-called "temp towns."

The temp industry employs 3 million workers in the U.S. and 106,000 in New Jersey. In the state, about a third work in warehouses, federal data show.

While riding in stuffed vans is a known nightmare in the temp world, the practice has continued despite the pandemic. Six temp workers told WNYC vehicles remained at or near capacity. Four of them said they eventually came down with COVID-like symptoms.

Maria turned to a temp agency after the restaurant she worked at shut down during the outbreak. After a week working at a cookie factory, she started to get chills and headaches. One of her co-workers died from COVID-19, according to his family.

"Who are the people who are risking their lives and going to work? To those factories? To those agencies? It's us, the immigrants. For what? So people who are citizens and who are getting help have something to eat," Maria, who did not want us using her last name because she is undocumented, said in Spanish.

New Jersey hasn't issued specific guidelines on how these agencies should operate and some are not registered with the state as required by law. Governor Phil Murphy's office did not return requests for comment.

The state agency that oversees temp firms says it's committed to keeping workers protected but says limits on transportation capacity don't apply to temp vans. An agency spokeswoman said they're aware of the packed vans and are communicating with state and local agencies overseeing transportation to address it.

"Temp agencies have a long track record in New Jersey of skirting the law," said Sara Cullinane, executive director of Make the Road New Jersey, an immigrant advocacy group. "As a result, under COVID, [workers] have gotten sick and died and many of them have also gotten their families sick."

Caption: Workers wait for their ride outside On Target, a temp agency in New Brunswick, on a Monday morning in June. Credit: Karen Yi/WNYC