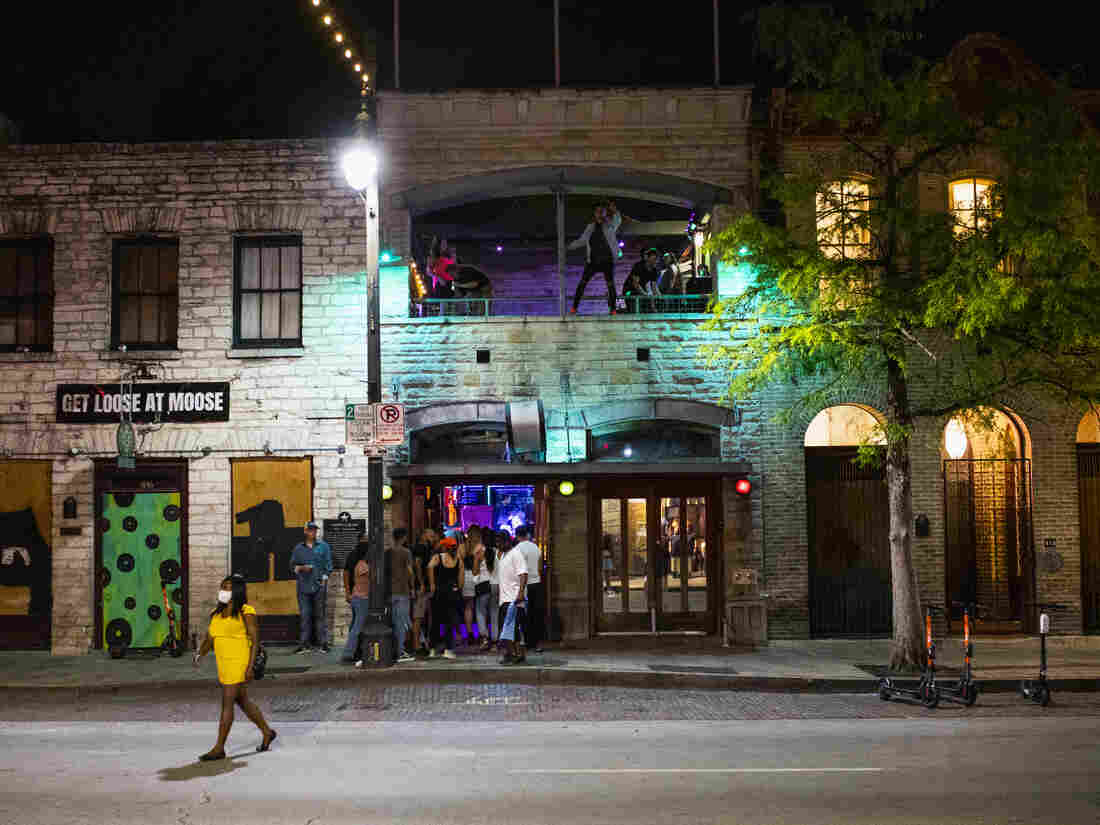 Texas bars such as this one in downtown Austin were allowed to reopen last month. Now the governor is ordering that they close to contain the spread of the coronavirus. Alex Scott/Bloomberg via Getty Images hide caption 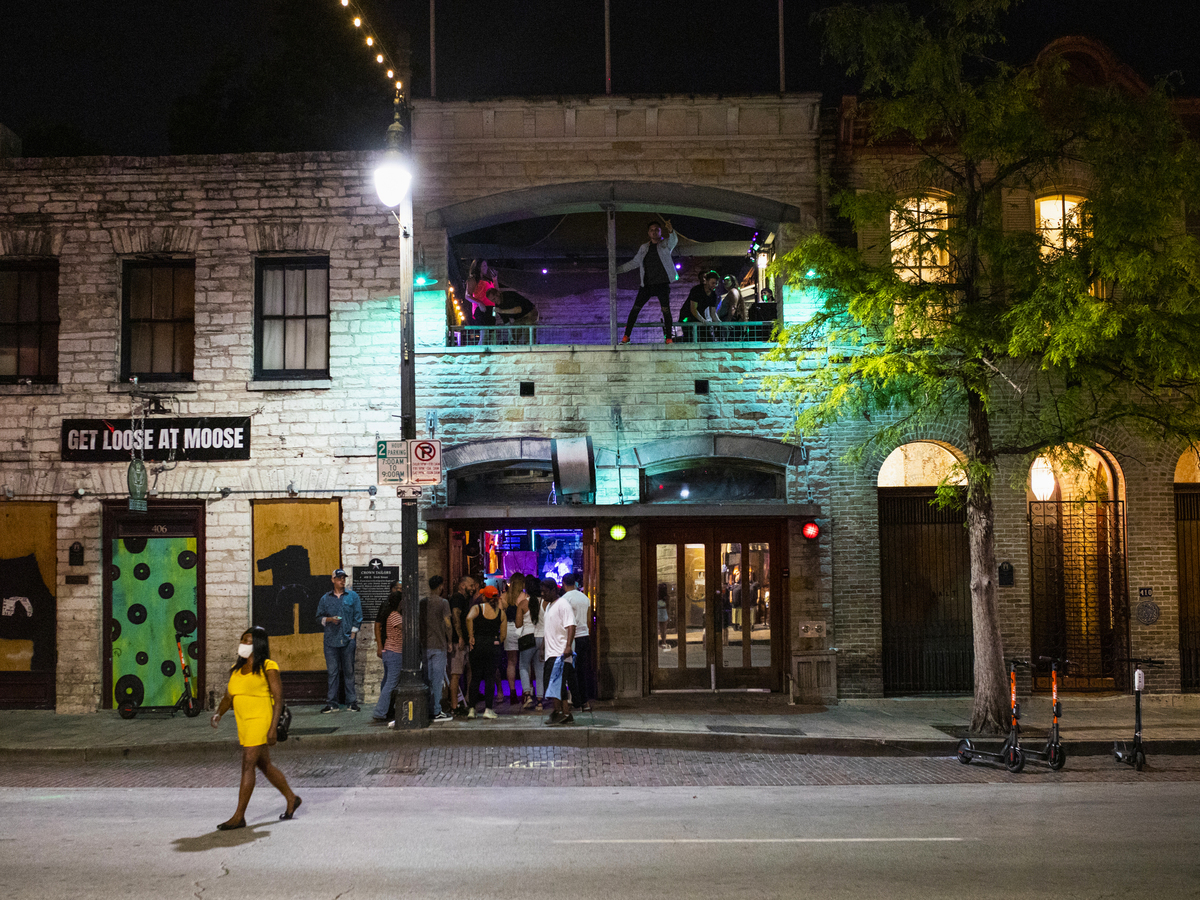 Texas bars such as this one in downtown Austin were allowed to reopen last month. Now the governor is ordering that they close to contain the spread of the coronavirus.

Texas Gov. Greg Abbott is ordering bars to close again and restaurants to reduce seating capacity amid a surge in new coronavirus cases. It's the most significant rollback since the state began reopening.

In an executive order, Abbott restricted bars to delivery and takeout service only starting at noon Friday.

He also mandated restaurants cut back on dine-in service, operating at only 50% capacity, effective Monday. Previously, they had been able to fill dining rooms at 75% of normal occupancy.

Abbott's office said in a statement that the "targeted, measured" directives were aimed at businesses linked to a recent statewide rise in new coronavirus cases.

"At this time, it is clear that the rise in cases is largely driven by certain types of activities, including Texans congregating in bars. The actions in this executive order are essential to our mission to swiftly contain this virus and enhance public health," Abbott said.

Outdoor gatherings of more than 100 people must now have the approval of local officials, and river rafting and tubing businesses were also shut down by the action.

The rollbacks come amid a statewide surge of new coronavirus infections. On Thursday, the state health department reported 5,996 new cases, the third day in a row of record-high new infections in the state.

The rate of positive test results, as of Wednesday, is also approaching 12%.

"As I said from the start, if the positivity rate rose above 10%, the state of Texas would take further action to mitigate the spread of COVID-19," Abbott said.

Texas was one of the first states to relax closures on nonessential businesses during the pandemic. Until Friday's rollback, most businesses in the state were able to operate with a capacity of at least 50% capacity.

But as cases and hospitalizations surged this week, Abbott ordered a halt to elective surgeries in four of the state's largest counties and said he was hitting a pause on reopening plans.

On Tuesday, the governor also expanded the influence of local authorities to restrict large gatherings.

The same day as Abbott's order, a Harris County judge raised the county's threat level to its highest rating. The county of 4.7 million, which includes Houston, has seen a massive increase in hospitalizations and new cases in recent days.

Hidalgo said she does not have the legal authority to issue a countywide stay-at-home order, the NPR member station added. She is asking Harris County residents to remain at home, except for essential trips for things such as medical services.