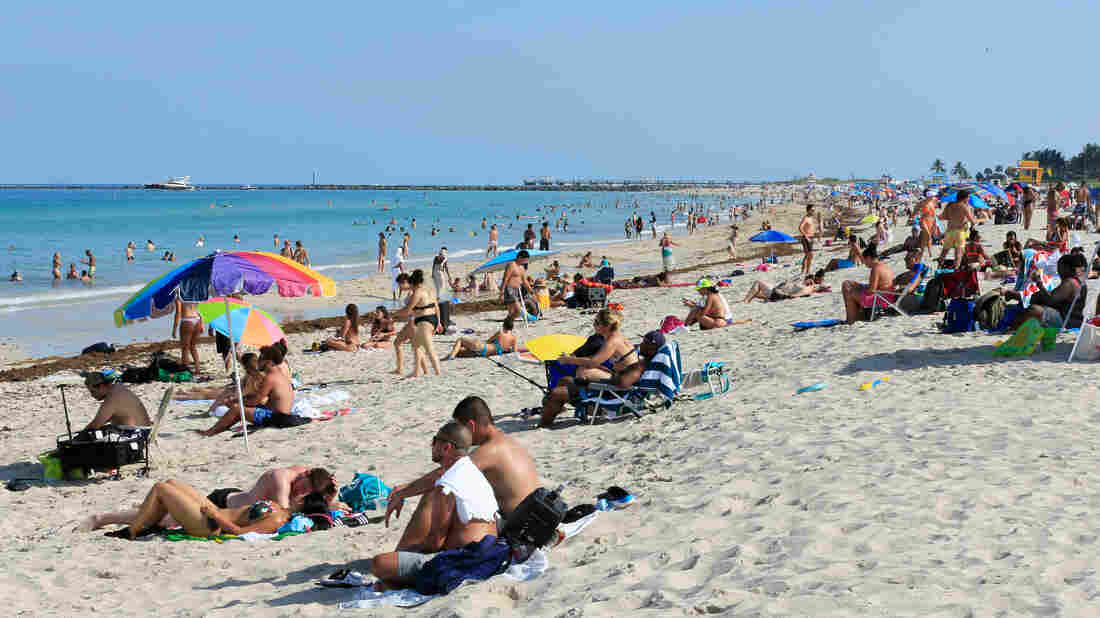 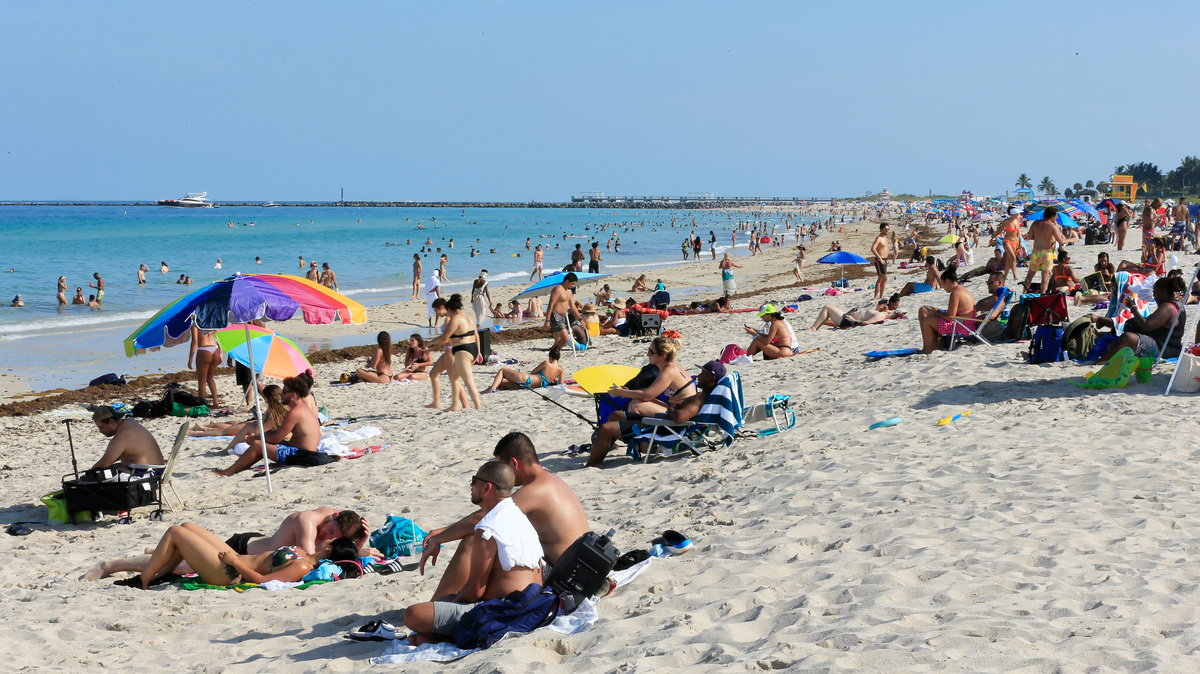 Beachgoers take advantage of the opening of South Beach on June 10, 2020 in Miami Beach, Florida after officials eased restrictions put in place to contain COVID-19.

As it struggles to control a rising number of new cases of the coronavirus, Florida took a dramatic step, suspending the consumption of alcohol on the premises at bars statewide. Officials in Texas took a similar step Friday, requiring bars to close at noon and be available only for takeout and delivery. The order in Florida came as the state recorded another spike Friday. The state's Department of Health says 8,942 people tested positive for the coronavirus, the highest total yet, eclipsing the record of 5,508 cases two days ago.

Florida set another record with the number of people tested — 71,433, over 13,000 more than the previous high. The percentage of people testing positive was just over 13%.

It's another indication that measures to stop the spread of the virus have fallen short in Florida. After weeks of declining numbers, COVID-19 cases began steeply rising two weeks ago. Florida is one of the states that began allowing reopening early, in the beginning of May.

For days, as the number of cases rose, Florida Gov. Ron DeSantis maintained it was largely because of the increase in testing. He also cited outbreaks among farmworkers and prison populations as factors behind the rising numbers.

But over the past week, as the percentage of people testing positive spiked, the governor has cited community spread as a serious problem, citing behavior by people in their 20s and 30s. Over the past week, a number of bars in Florida shut down voluntarily after the coronavirus spread among staff and customers. 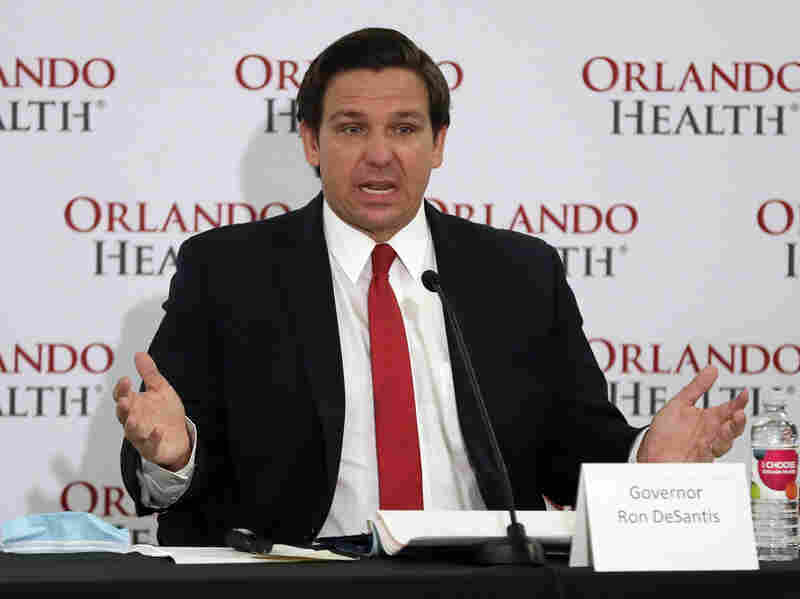 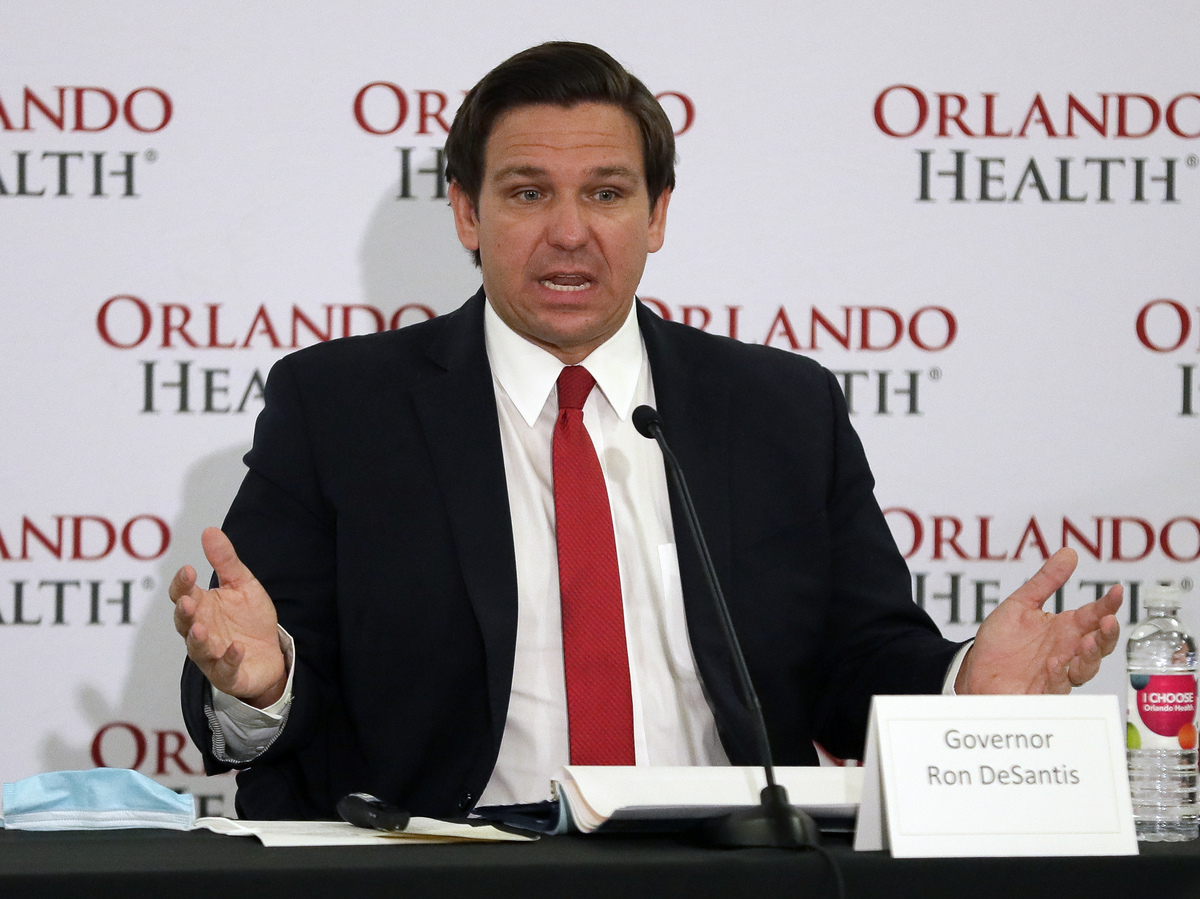 This week, DeSantis held a news conference with Florida's secretary of business and professional regulation to announce a crackdown on bars and restaurants that aren't following the guidelines. "If you go in and it's just like mayhem, like Dance Party USA and it's packed to the rafters, DeSantis said, "that's not just an innocent mistake."

Florida suspended the license of a bar in the Orlando area. Local officials throughout the state also say they're cracking down on businesses that don't follow guidelines requiring face coverings, social distancing and limiting occupancy. And today's step, suspending the consumption of alcohol at bars statewide, is effectively a new shutdown for the businesses that had only recently reopened. It's also an acknowledgment that some parts of Florida's reopening may have come too fast.

Florida's Rising COVID-19 Numbers: What Do They Mean?

Officials and doctors in Florida say despite the surge in cases, hospital capacity remains good statewide. Doctors say they're seeing younger people now with COVID-19. In some counties, the median age for those testing positive is now younger than 30. At Orlando Health, a large hospital system in central Florida, Dr. Sunil Desai says of the cases they're seeing, "The acuity is less, a lot less folks using or requiring mechanical ventilation or the severe presentations of COVID. We're not seeing as much of that."