Accessibility links
Swedish Disease Expert Calls WHO's COVID-19 Warning 'A Total Mistake' : Coronavirus Live Updates Anders Tegnell says the WHO misinterpreted Swedish data when it included Sweden in a list of nations with a resurgence. Days before the WHO warning, Sweden saw a surge of 1,699 new coronavirus cases. 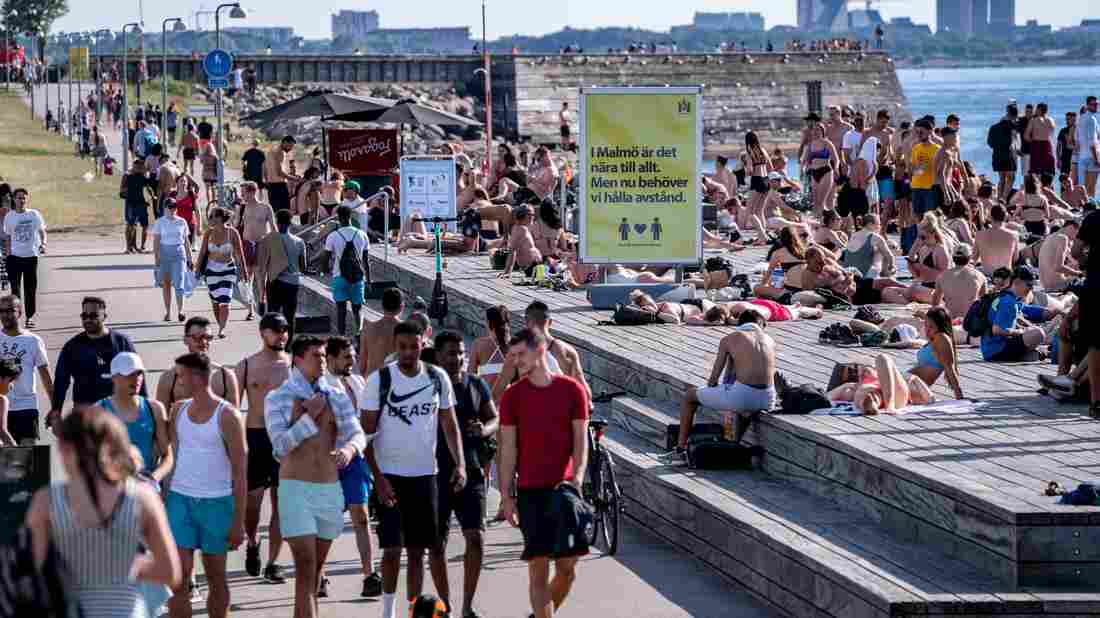 Sweden's top disease expert says a surge in new coronavirus cases is a result of more testing. Here, people enjoy the sun and water at a bathing jetty in Malmo, Sweden, on Thursday alongside a sign instructing the public to maintain social distancing. Johan Nilsson/TT News Agency/AFP via Getty Images hide caption 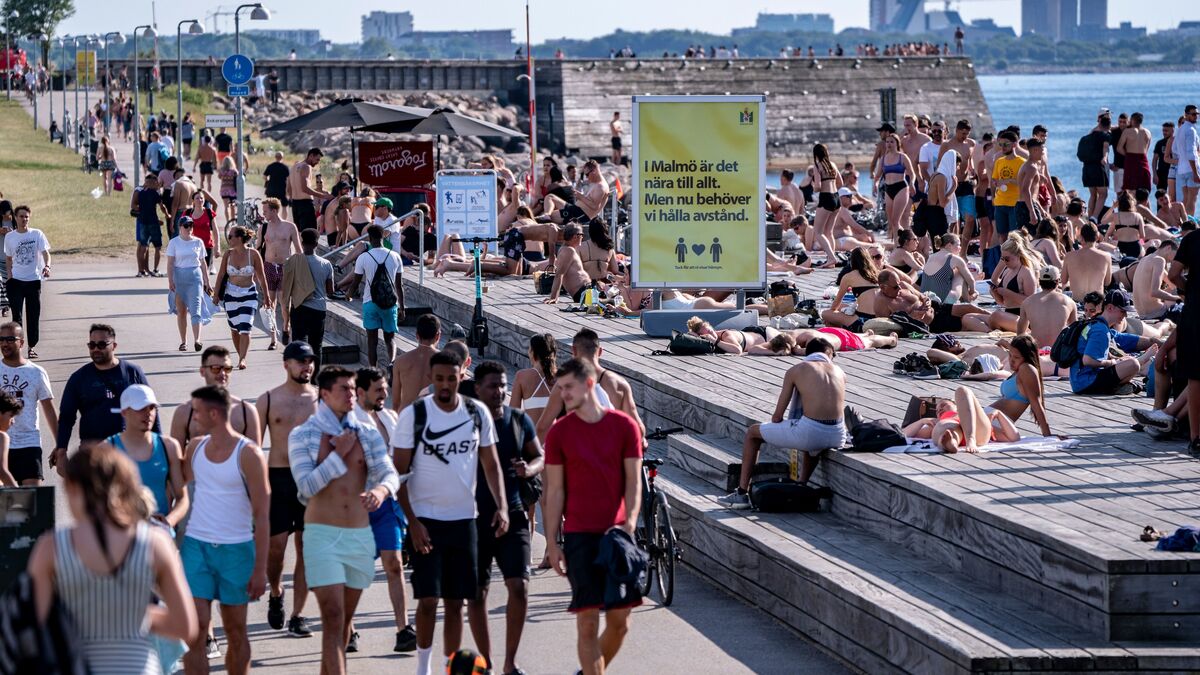 Sweden's top disease expert says a surge in new coronavirus cases is a result of more testing. Here, people enjoy the sun and water at a bathing jetty in Malmo, Sweden, on Thursday alongside a sign instructing the public to maintain social distancing.

Swedish state epidemiologist Anders Tegnell says the World Health Organization made "a total mistake" when it included Sweden in a list of countries seeing a resurgence of the coronavirus. The WHO misinterpreted the Swedish data, Tegnell said.

"It is a total mistake," Tegnell said, according to Swedish public broadcaster Sveriges Radio.

Sweden has been closely watched because of its controversial approach to the COVID-19 pandemic. While the country has urged people to practice physical distancing and follow other safety precautions, it has not ordered a strict shutdown. While many of its European neighbors endured three months of austere conditions, Sweden allowed most of its bars, restaurants, schools and retail stores to remain open.

Tegnell's remarks were a retort to a warning from Dr. Hans Henri P. Kluge, the WHO's regional director for Europe, who said on Thursday that in Sweden and 10 other countries, "accelerated transmission has led to very significant resurgence that if left unchecked will push health systems to the brink once again in Europe."

Along with Sweden, the warning included countries such as Armenia, Azerbaijan, Kazakhstan and Ukraine.

Days before the WHO issued its warning, Sweden reported 1,699 new coronavirus cases — its biggest spike yet, according to data from the Swedish Ministry of Health and Social Affairs. So far this month, Sweden has set a new record for daily case numbers every week.

But Tegnell objected to Kluge's warning, saying that WHO officials were misinterpreting Sweden's epidemiological data. In Tegnell's view, the rise in new cases is due to a recent bump in testing. He added that Sweden is seeing a relatively low number of admissions to intensive care units, along with a decline in COVID-19 deaths.

Swedish officials had said earlier this year that the city of Stockholm was on course to reach "herd immunity". A target date was set for the end of May, though last month officials acknowledged that the goal would not be met.

"Herd immunity occurs when enough people of a population are immune to an infectious disease, either because they've been infected and recovered or they've been vaccinated against it," as NPR's H.J. Mai has reported. "Some researchers have put the threshold for coronavirus herd immunity at 60%."

Overall, Sweden has reported more than 65,000 coronavirus cases, including more than 5,200 deaths, according to data compiled by Johns Hopkins University.