Accessibility links
Houston Hospitals Seeing Surge In Coronavirus Admissions : Coronavirus Live Updates Dr. Marc Boom, the president and CEO of Houston Methodist Hospital, says "the time is now" for people to change their behavior to help reduce the spread of the coronavirus. 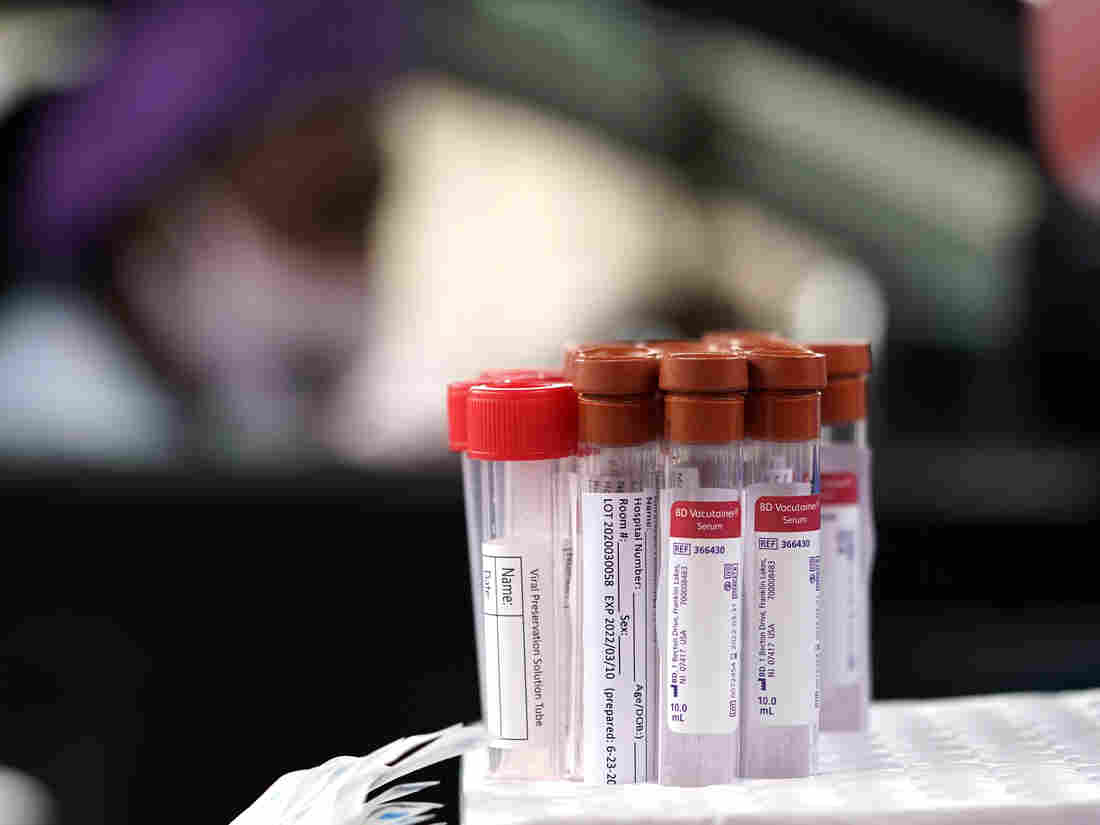 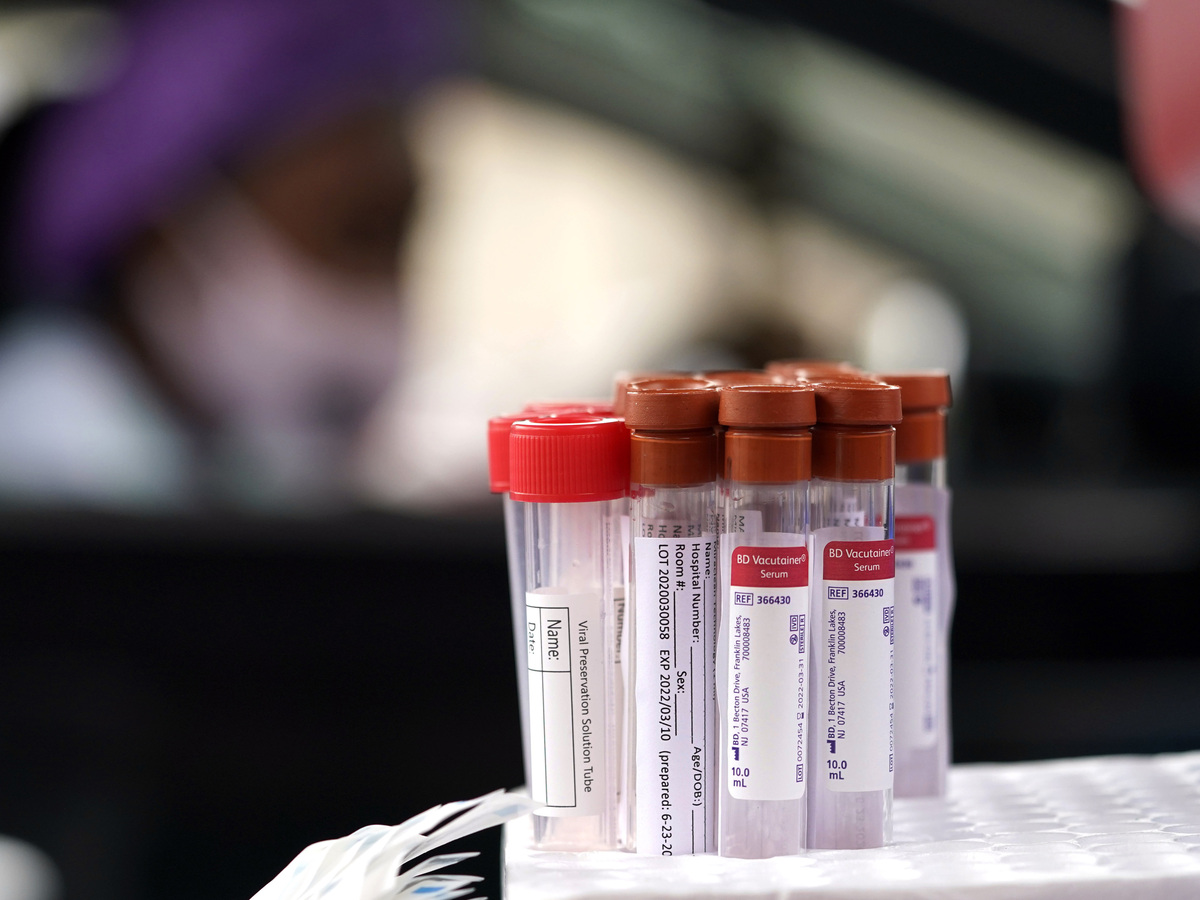 Test kits are shown at a United Memorial Medical Center testing site for the coronavirus in Houston on Friday.

As COVID-19 cases in Texas continue to surge, young people appear to be the driving force.

Texas reported nearly 6,000 new cases of COVID-19 on Thursday, a single-day record for the state. The Texas Medical Center — a massive cluster of health care facilities based in Houston — warned that intensive care units are near capacity and have the potential to be overwhelmed.

Dr. Marc Boom, president and CEO of Houston Methodist Hospital, which is part of the Texas Medical Center, told NPR's All Things Considered that there's been a shift in the patients at his hospital. In the beginning of the pandemic, about 60% of people with COVID-19 in the hospital were over 50 years old, and 40% were younger, Boom said. Now that has "completely flipped," he said.

"What it tells me is that the older, more vulnerable population is staying home and staying safe and the people younger who said, 'Hey, you know what, this is behind us, this is a lot of hype,' they let their guard down, they went out doing life as usual, and we're paying the price for that," Boom said.

On Friday, Texas Gov. Greg Abbott ordered bars in the state to close and limited restaurant capacity, and earlier he had canceled elective surgeries at hospitals in four counties, including Harris County — home to the country's fourth largest city, Houston.

"The majority of people who tested positive since the beginning of June have been people under the age of 30," Abbott said at a press conference last week, adding that some of the increase was a result of "bar-type settings."

Boom said he was thrilled by the governor's decision to close down bars, and said he is hopeful that the community will respond.

"The time is now for everybody to dramatically change their behaviors to get this virus under control so that our hospitals for the weeks to come are there and able to handle this, and we feel confident we can as long as people act now and help bring the curve down over the next couple, three weeks," Boom said.

Boom's comments come as some officials — including Vice President Pence — have blamed the increase of positive test results on the increase of tests altogether. Boom said that is not accurate.

Angela Vang, Jolie Myers and Carol Klinger produced and edited the audio version of this story.