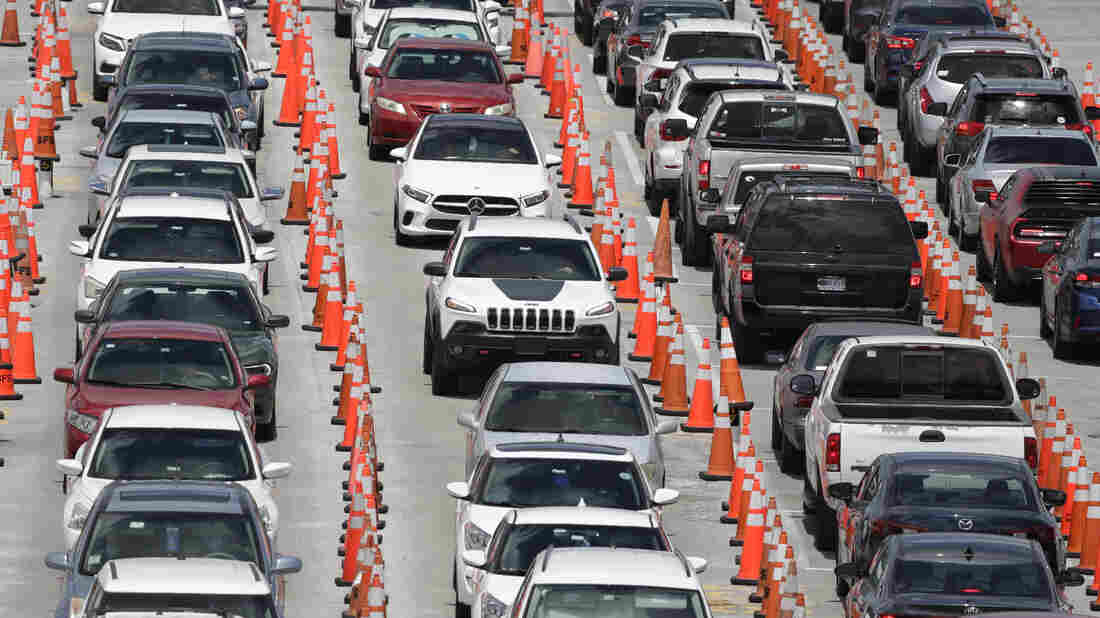 Cars line up for coronavirus testing outside Hard Rock Stadium in Miami Gardens, Fla. Florida is one of many states reporting spikes in COVID-19 cases in recent days, as the number of confirmed cases worldwide has topped 10 million. Wilfredo Lee/AP hide caption 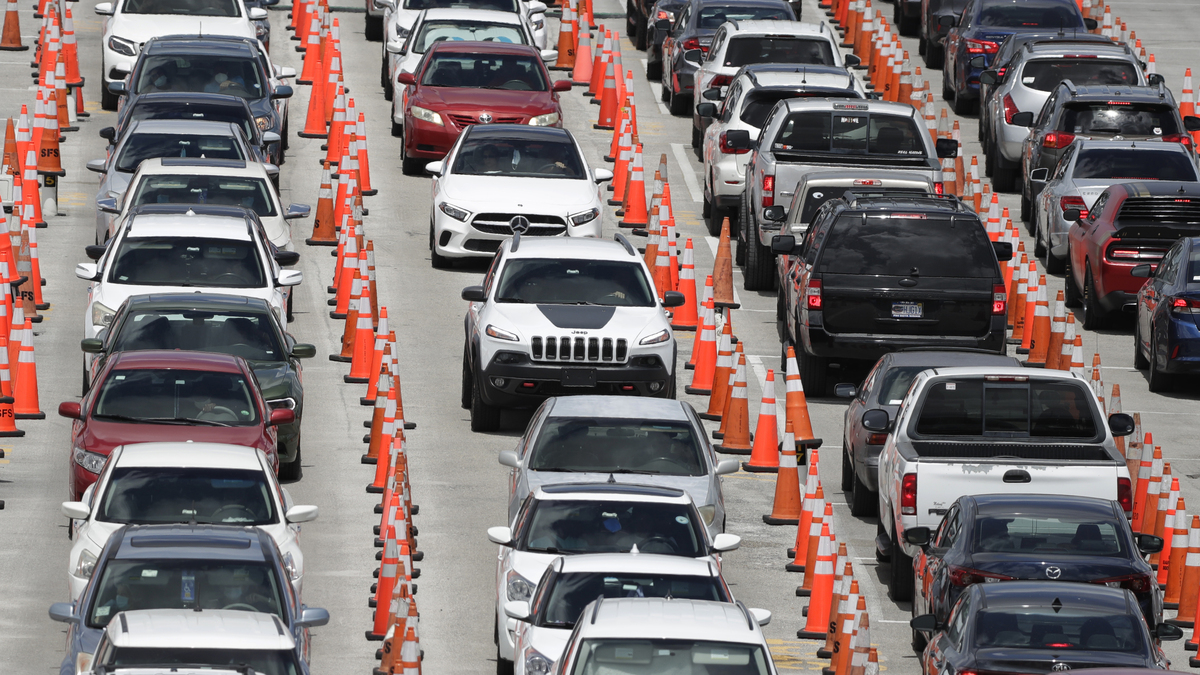 Cars line up for coronavirus testing outside Hard Rock Stadium in Miami Gardens, Fla. Florida is one of many states reporting spikes in COVID-19 cases in recent days, as the number of confirmed cases worldwide has topped 10 million.

The coronavirus pandemic reached a new milestone on Sunday, with confirmed deaths surpassing half a million around the world and the number of confirmed cases topping 10 million.

According to data collected by Johns Hopkins University, there were 10,063,319 confirmed cases and 500,108 deaths globally by late Sunday afternoon. The number of cases is likely much higher, with the Centers for Disease Control and Prevention announcing this week that for every reported case, there were 10 other estimated infections in the United States.

More than 2.5 million of those confirmed cases are in the United States. The countries with the next highest totals are Brazil, Russia, India and the United Kingdom.

Some parts of the world have managed to bring the virus under control. South Korea, which reported about 750 new cases daily in late February and early March, was averaging just a few dozen per day at the end of May, though officials have noted a slight resurgence.

New Zealand had mostly eradicated the virus by mid-May and went 24 days with no new cases before identifying two this month. And China's capital city of Beijing went two months without reporting a local coronavirus case until mid-June.

Initially hard-hit countries such as Italy, Germany and Spain are lifting restrictions as case numbers decrease, while cases surge in places like India and Mexico. Latin America became a new epicenter of the pandemic in early June, according to the World Health Organization.

The U.S. set a daily record for new coronavirus cases this past week, reporting more than 45,000 on Friday — its highest single-day increase.

"We are 4% of the world's population; we are 25% of the cases and the deaths," House Speaker Nancy Pelosi said on ABC's This Week on Sunday.

CDC: At Least 20 Million Americans Have Had Coronavirus. Here's Who's At Highest Risk

U.S. states began imposing stay-at-home orders and other restrictions in March in order to slow the spread of the virus, with numbers declining as a result. By mid-May, all 50 states had started to reopen, some at a faster pace than others.

Cases have surged in recent weeks, particularly in the South and West. As a result, several states — such as North Carolina, Nevada and Texas — have opted to pause or roll back their reopening plans.

Officials noted at a White House coronavirus task force briefing on Friday that the percentage of people requiring hospitalization is lower than it was earlier in the pandemic and that the number of fatalities is declining. They urged the public, especially young people, to take precautions and manage risks.

He cited reports from governors that the majority of new cases are among people age 35 and under, with many of those asymptomatic, and said these areas have the hospital capacity, personal protective equipment and medical tools to fight the virus — for the time being.

The federal government is facing calls to provide increased support for states' testing and contact tracing efforts. And some Democratic officials are advocating for a federal mask mandate, with Pelosi and presumptive Democratic presidential nominee Joe Biden expressing support for the idea in recent days.

Pelosi said on Sunday that the U.S. is "long overdue" for a nationwide mask-wearing requirement.

The U.S. has reported more than 125,000 coronavirus deaths so far, which is more than any other country and more than twice as many confirmed deaths as Brazil, its next-highest neighbor on the list.

COVID-19 was first reported in Wuhan, China, in December. The World Health Organization declared the outbreak a global health emergency in January and officially characterized it as a pandemic in March.