Accessibility links
Broadway To Remain Closed For The Rest Of 2020, Due To COVID-19 : Coronavirus Live Updates The Broadway League, which represents theater producers and owners, has announced that none of Broadway's 41 theaters will reopen before the end of 2020.

Broadway To Remain Closed For The Rest Of The Year

Broadway To Remain Closed For The Rest Of The Year 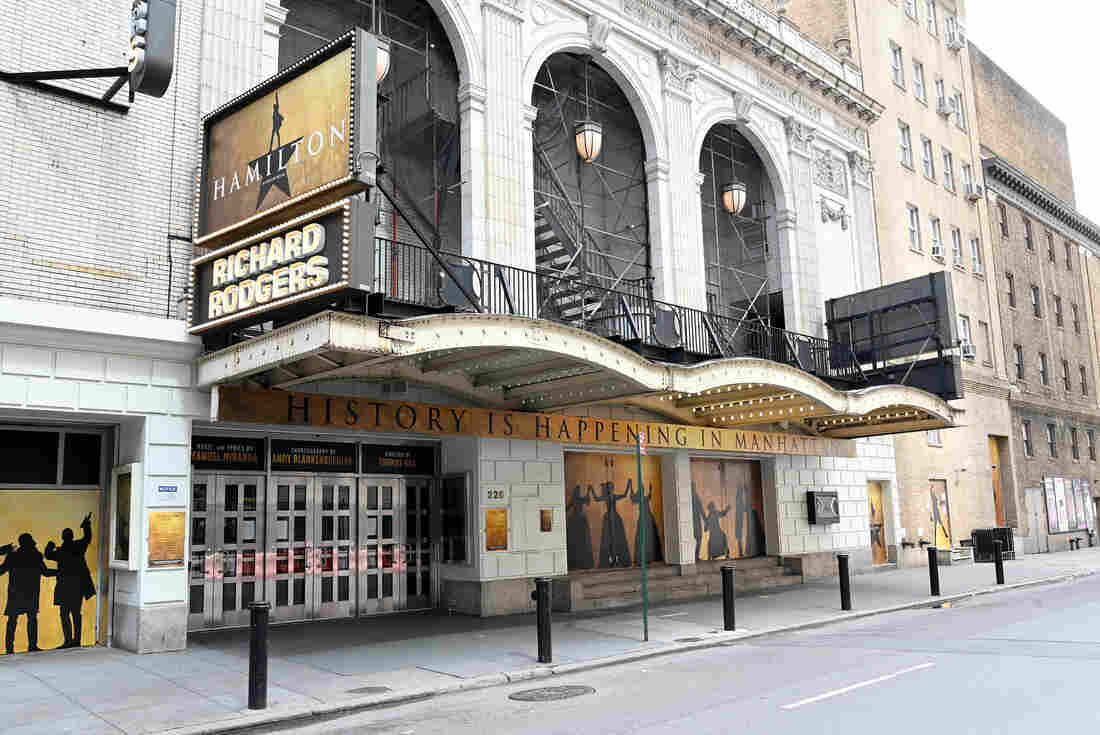 The Richard Rodgers Theater, closed due to the coronavirus, is pictured above on April 8 in New York City. Jamie McCarthy/Getty Images hide caption 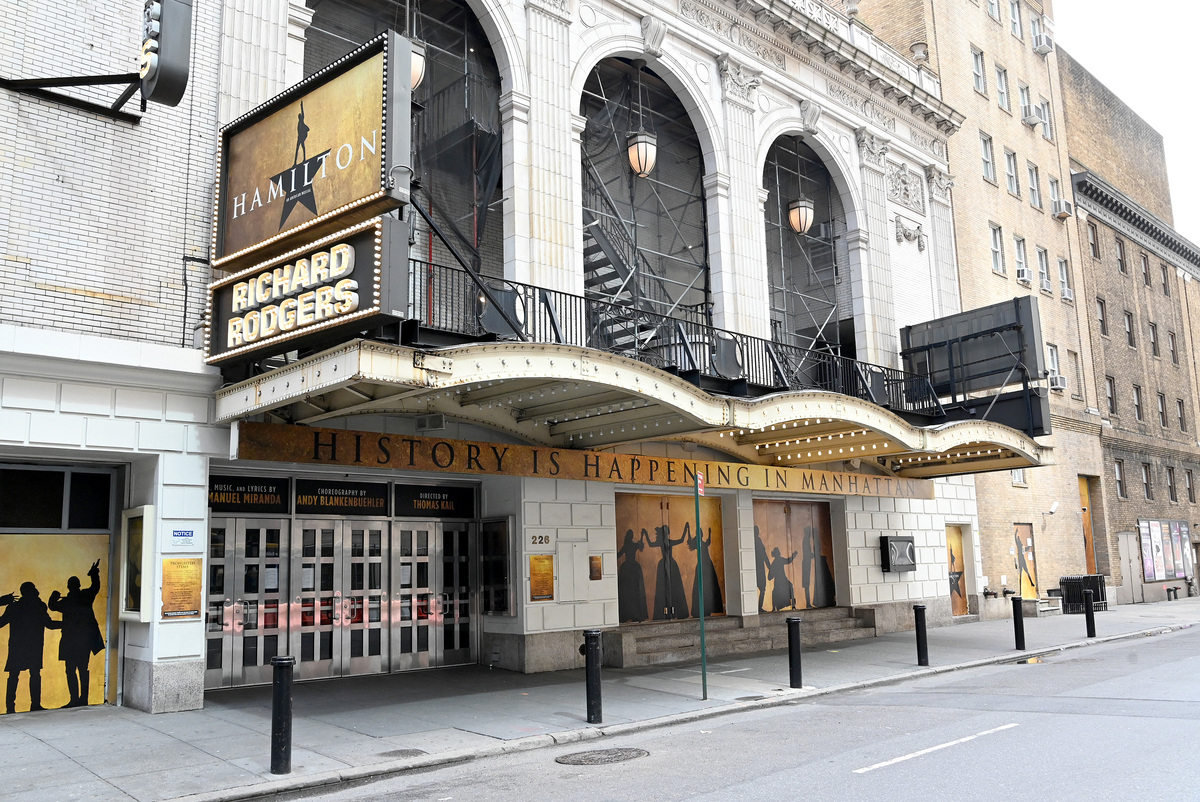 The Richard Rodgers Theater, closed due to the coronavirus, is pictured above on April 8 in New York City.

Broadway shows will remain closed until at least Jan. 3, 2021 according to an announcement from the Broadway League, an organization representing theater producers and owners, which said that ticket holders will be able to get refunds or exchanges for a future date.

Broadway's theaters have been shut down since March 12 due to the coronavirus pandemic. In April, an ad campaign to raise funds for Broadway Cares and other charities, called the closure "only intermission," but as the pandemic has gone on, the intermission has gotten much, much longer.

Broadway is one of New York's top tourist attractions, contributing $14.7 billion to the city's economy last season and supporting close to 97,000 jobs. With close to 15 million yearly audience members, it brings in more people than all of New York and New Jersey's 10 professional sports teams combined. But when theaters reopen is anyone's guess. The League says "returning productions are currently projected to resume performances over a series of rolling dates in early 2021," without being more specific.

League president Charlotte St. Martin said in a statement that "our membership is working closely with the theatrical unions and in concert with key experts and some of the greatest minds inside and outside of the industry to explore protocols for all aspects of reopening." According to the League, "some of the logistics being currently reviewed for audience members and employees include: screening and testing, cleaning and sanitizing, wayfinding inside theatres, backstage protocols, and much more."

For its part, Actors Equity, the union that represents both actors and stage managers, has supported the decision to keep theaters closed, but says one missing piece is more federal aid, not just for Broadway but for theaters and artists all over the country: "These responsible decisions mean that the industry will need support so that when it is safe to reopen, the arts can go back to work and help the entire economy recover."

When Broadway closed in March, there were 31 shows running, including eight in previews. An additional eight shows were scheduled to begin performances. Since then, four shows have closed outright: a revival of Who's Afraid of Virginia Woolf, Martin McDonagh's Hangmen, and the musicals Beetlejuice and Frozen. Several shows have announced opening dates for Spring 2021, including a revival of The Music Man, starring Hugh Jackman and Sutton Foster.

Now Playing On Broadway: Uncertainty, Unemployment And Displays Of Unity