Accessibility links
McConnell Endorses Masks to Combat Coronavirus : Coronavirus Live Updates The leading Republican in the Senate was the latest in the party to break with President Trump and urge Americans to wear masks to combat the spread of the deadly coronavirus.

Sen. McConnell Says Americans Must Have 'No Stigma' In Wearing Face Masks

Sen. McConnell Says Americans Must Have 'No Stigma' In Wearing Face Masks 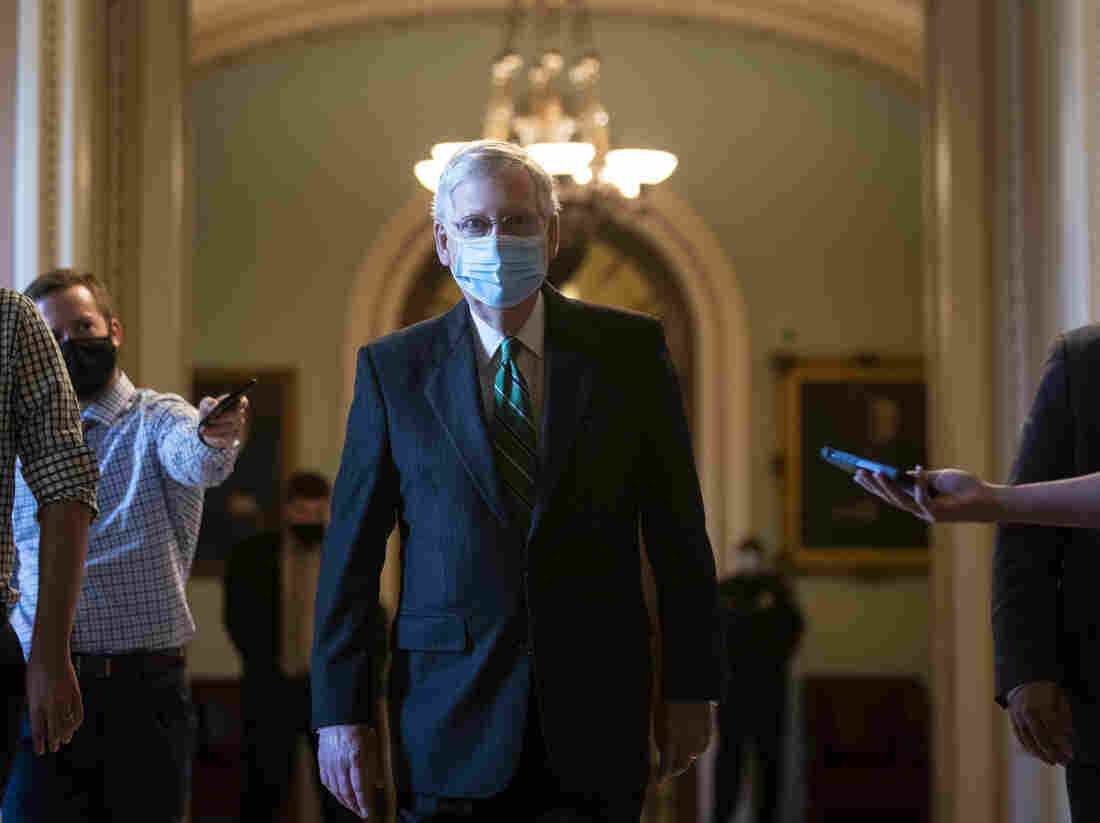 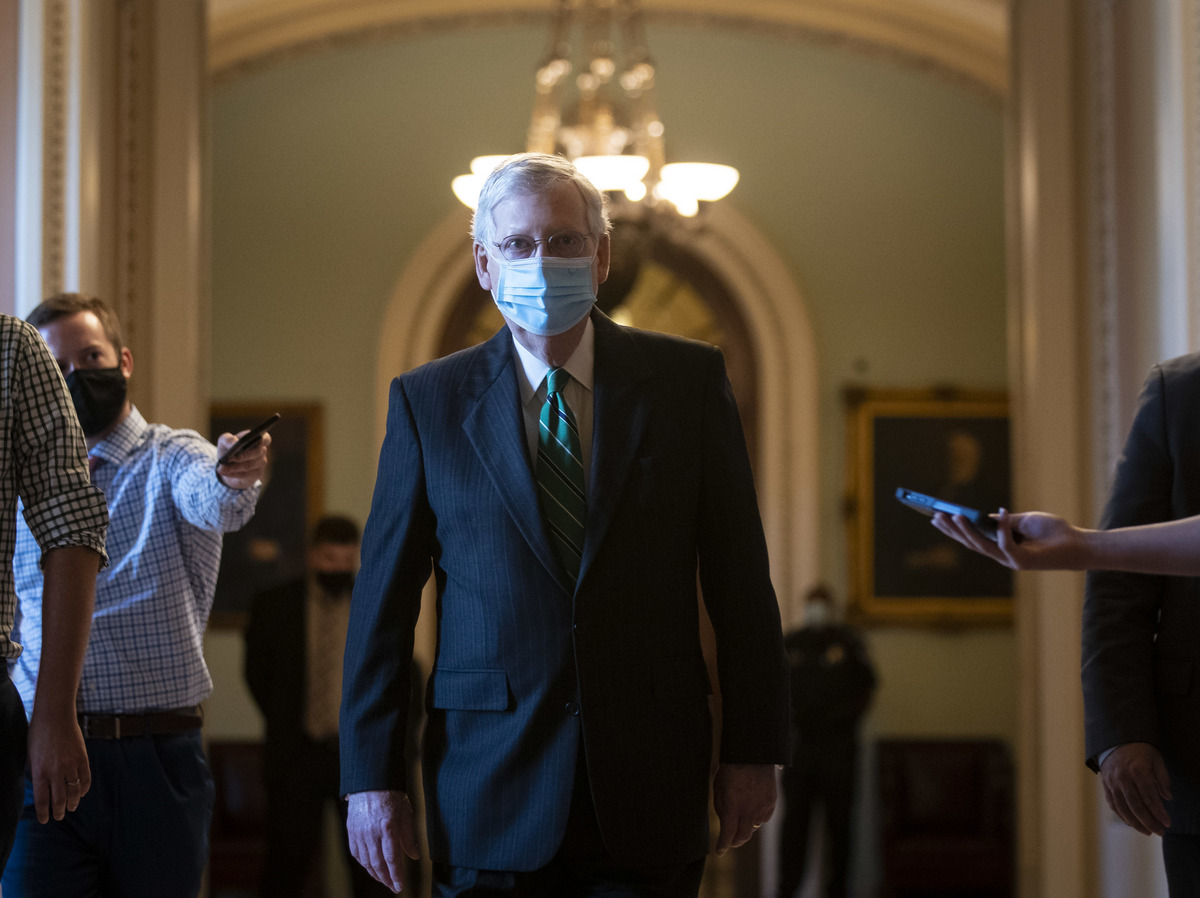 Senate Majority Leader Mitch McConnell walks back to his office after delivering opening remarks at the U.S Capitol on Wednesday.

A growing number of leading Republicans are publicly embracing expert-recommended face masks as a means to slowing the spread of the deadly coronavirus, in the wake of more than 125,000 Americans killed by the virus.

In recent months, the topic of wearing masks has become politically divisive, despite official health guidance that they are one of the best defenses to restricting the spread of the deadly respiratory disease, COVID-19, from one person to another.

Speaking on the Senate floor on Monday, Senate Majority Leader Mitch McConnell endorsed wearing face masks as part of a "new middle ground" between a return to normal life and strict coronavirus restrictions. Experts have said they are effective in slowing the spread of the virus but mandates have been criticized by some Republicans as economically damaging and an affront to American ideals of freedom.

"We need new routines, new rhythms and new strategies for this new middle ground in between. It's the task of each family, each small business, each employer and all levels of government to apply common sense and make this happen," McConnell said.

"We must have no stigma, none, about wearing masks when we leave our homes and come near other people. Wearing simple face coverings is not about protecting ourselves. It is about protecting everyone we encounter."

Also on Monday, House Minority Leader Kevin McCarthy said on CNBC "every American has a responsibility" to wear a mask. On Sunday, Vice President Pence, who had previously come under fire for failing to wear a mask in public, said "wearing a mask is just a good idea."

These remarks highlight the complicated position many Republicans have found themselves in recent weeks. Following a push to ease coronavirus restrictions and reopen state economies — a charge led by President Trump — coronavirus cases in a number of Republican-led states, including Texas, Arizona and Florida, have been on the upswing.

The issue of wearing a mask has also been a point of contention among voters. According to a June 23 Gallup opinion survey, nearly 100% of Democrats reported wearing a mask during recent outings, whereas only 70% of Republicans said they had.

So far, at least than 2.5 million people in the United States have been confirmed to have COVID-19. More than 125,000 Americans have died.

"It's the personal choice of any individual as to whether to wear a mask or not. [Trump] encourages people to make whatever decision is best for their safety, but he did say to me he has no problem with masks and to do whatever your local jurisdiction requests of you," McEnany told reporters at the daily press briefing.

Trump himself has been mostly resistant to wearing face masks in public and has this month hosted two rallies with guest counts numbering in the thousands.

In Jacksonville, Fla., a state also increasingly ravaged by coronavirus and the new location of President Trump's nomination acceptance speech for the Republican National Convention, has now said masks will be mandatory for all indoor and public spaces.

The star events of the August convention were moved to Jacksonville earlier this month from North Carolina after a dispute between Trump and N.C. Gov. Roy Cooper over the state's coronavirus mitigation rules.