Accessibility links
New Jersey Puts Indoor Dining On Pause Indefinitely Because Of Coronavirus : Coronavirus Live Updates Gov. Phil Murphy is delaying the reopening initially set for Thursday. He cited COVID-19 spikes in other states as well as noncompliance at some outdoor restaurants in his state. 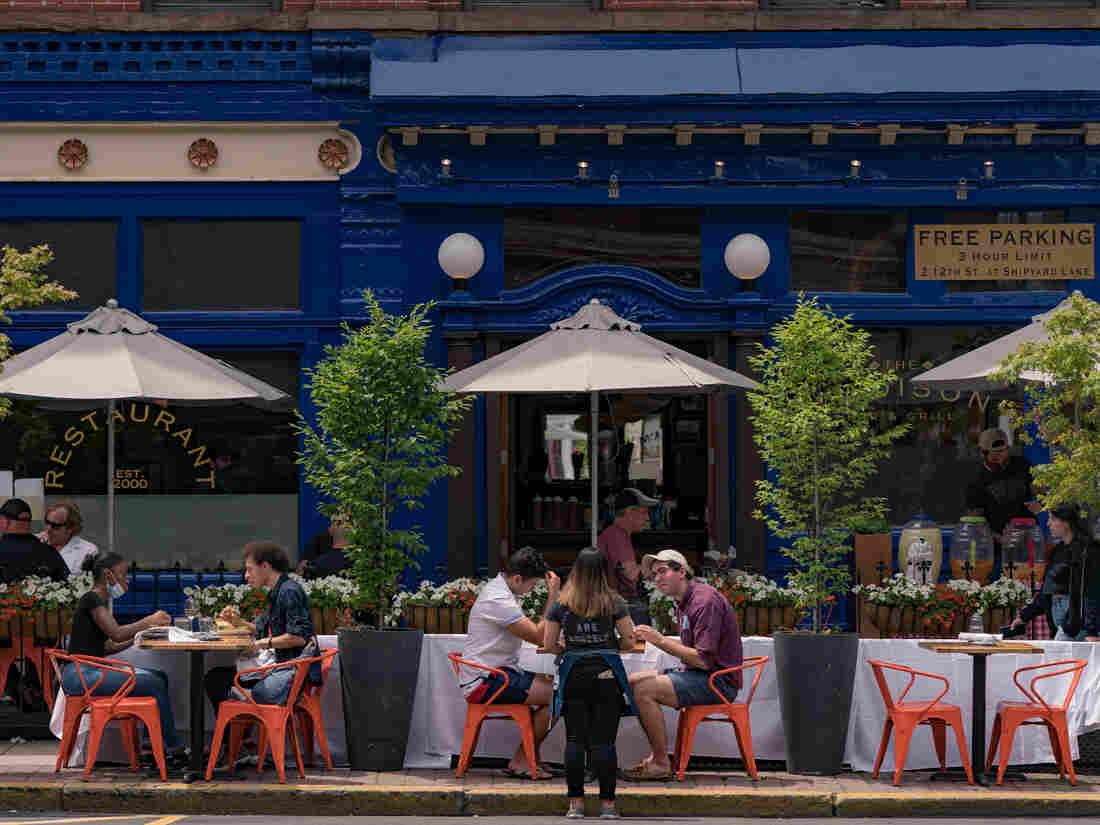 Restaurants in New Jersey, like this one in Hoboken, can open for outdoor dining. Indoor service was tentatively set to resume on July 2, but Gov. Phil Murphy announced it will be delayed indefinitely due to public health concerns. Jeenah Moon/Getty Images hide caption 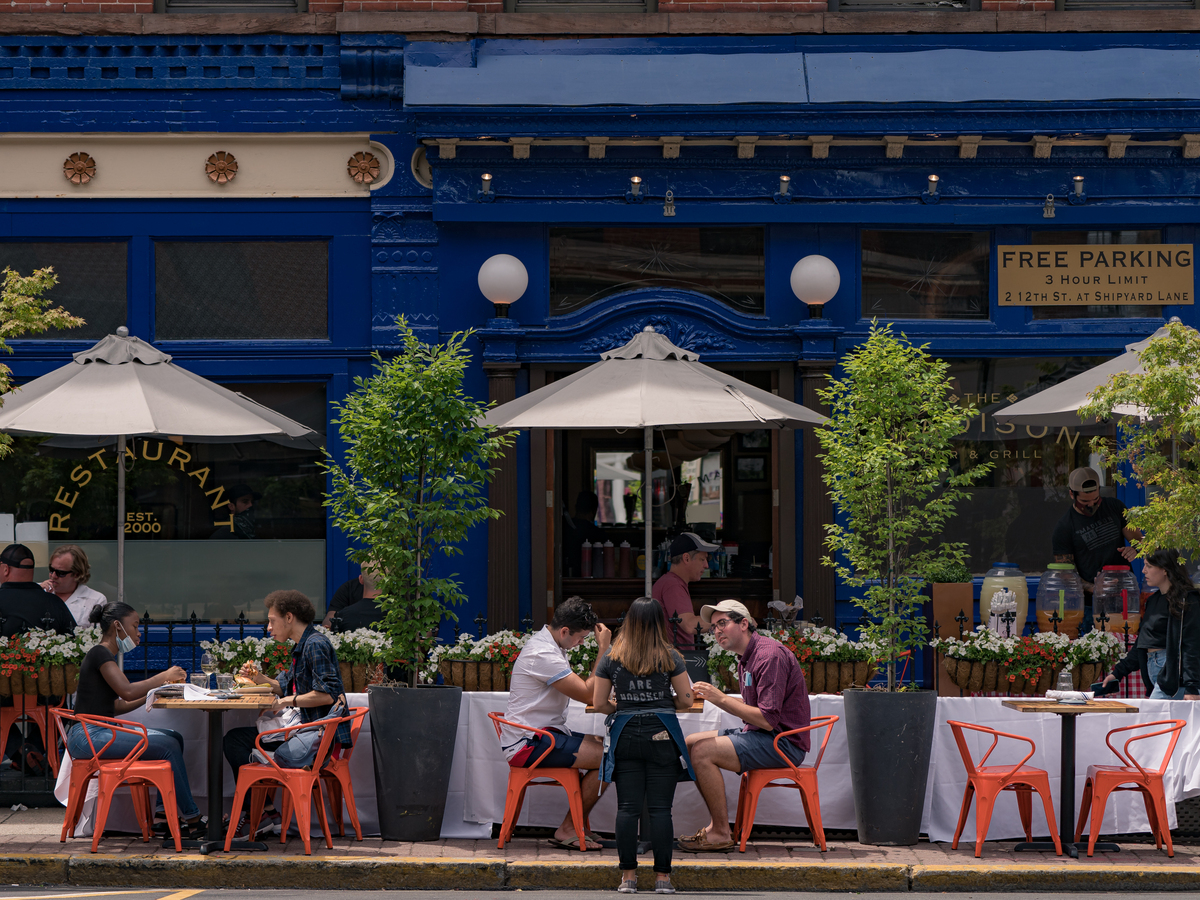 Restaurants in New Jersey, like this one in Hoboken, can open for outdoor dining. Indoor service was tentatively set to resume on July 2, but Gov. Phil Murphy announced it will be delayed indefinitely due to public health concerns.

Gov. Phil Murphy announced on Monday that restrictions will remain in place, citing surges in COVID-19 cases in other states "driven by, in part, the return of indoor dining."

"We've always said that we would not hesitate to hit pause if needed to safeguard public health," Murphy tweeted. "This is one of those times."

The announcement comes as some states are experiencing COVID-19 spikes and walking back their own reopening plans.

After Texas reported three consecutive days of record-breaking case increases, Gov. Greg Abbott ordered bars to close and restaurants to reduce their seating capacity. And in California, officials mandated the closure of all bars in seven counties and recommended closures in eight others.

Murphy said that social media and news reports showing overcrowding, social distancing violations and a lack of face coverings at some establishments statewide also contributed to the decision to delay indoor dining.

Outdoor dining reopened in New Jersey on June 15 under Stage Two of the state's restart and recovery plan. Food and beverage establishments must follow health protocols including seating no more than eight people at a table and spacing parties at least 6 feet apart.

Murphy noted that many establishments and patrons are complying with reopening requirements, and urged others to do the same.

"The carelessness of one establishment can completely undo the good work of many others," he wrote. "We will not tolerate outlier bars and restaurants — and frankly, patrons — who think the rules don't apply to them."

New Jersey was one of the states hardest hit by the coronavirus earlier this spring, but brought the number of new cases down significantly after weeks of restrictive measures. It was one of the last states to lift its stay-at-home order, doing so only on June 9.

The state was recording more than 3,000 new cases a day for much of April, with cases shrinking gradually over the course of May and June. Murphy said Monday that 156 new cases had been reported, bringing the state's cumulative total to 171, 272.