Accessibility links
Why Latinx People Are Hospitalized From COVID-19 At 4 Times The Rate Of Whites : Coronavirus Live Updates Dr. Joseph Betancourt of Massachusetts General Hospital says a "perfect storm" of factors is causing the coronavirus to hit the nation's Latinx population especially hard. 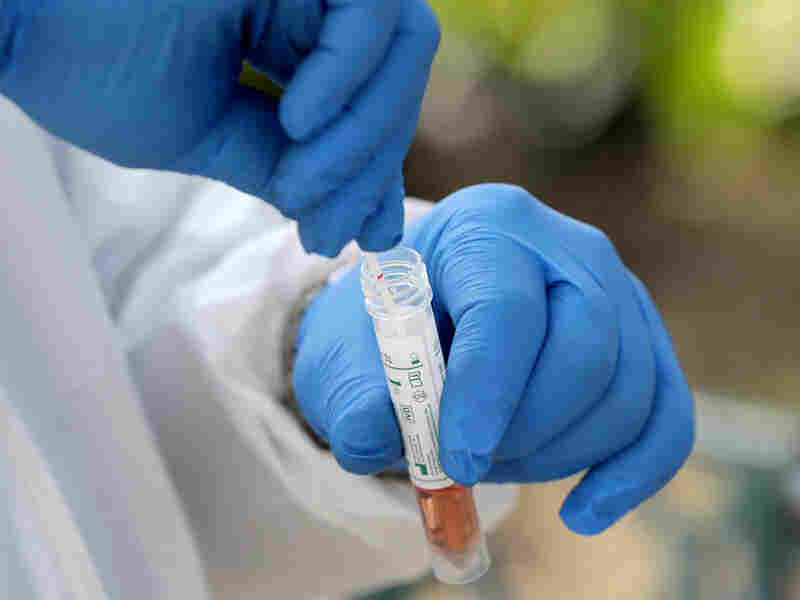 A medical worker places a swab in a vial while testing for the coronavirus through the Miami-Dade County Homeless Trust in Miami. Lynne Sladky/AP hide caption 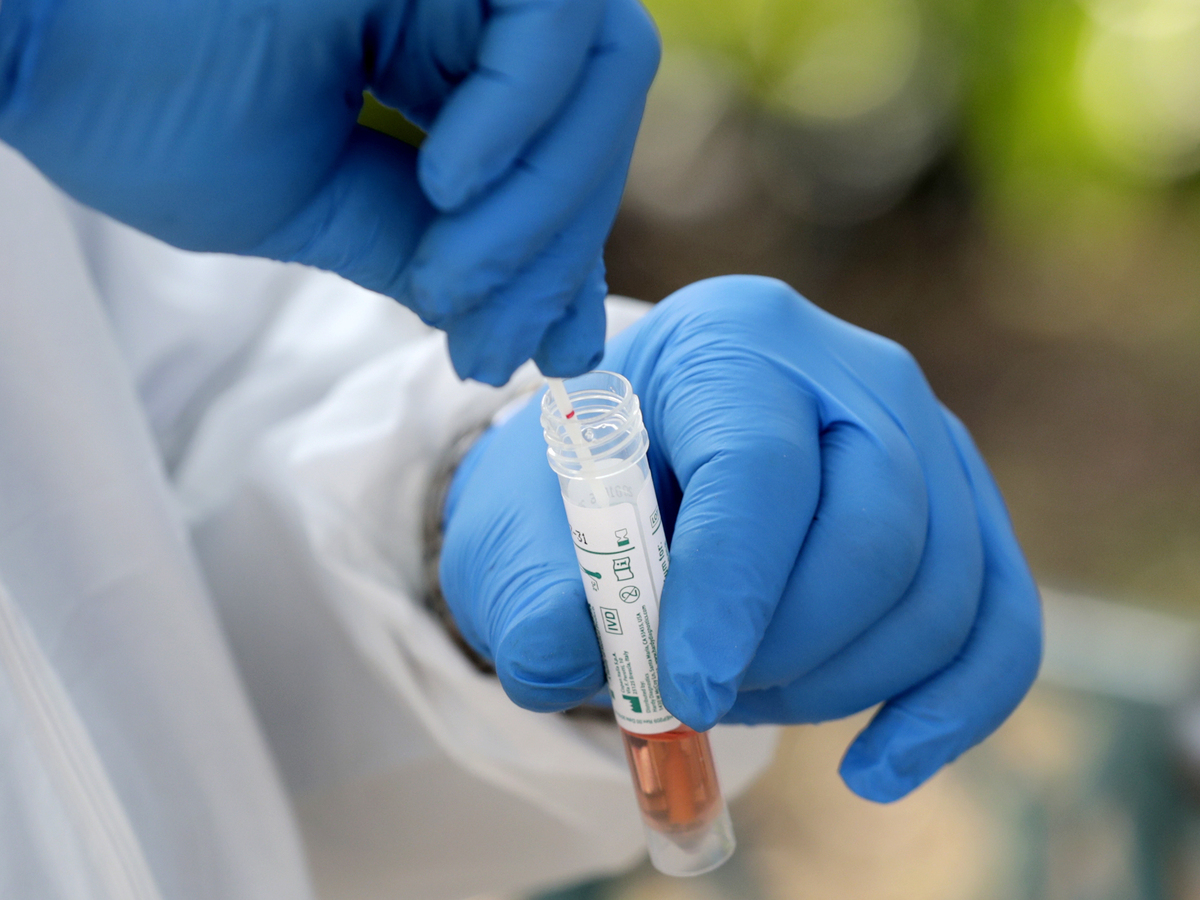 A medical worker places a swab in a vial while testing for the coronavirus through the Miami-Dade County Homeless Trust in Miami.

As COVID-19 continues to sweep the nation, Latinx people are among those who are being hit the hardest.

"I would equate what we've seen with the Latino population as kind of the perfect storm," said Dr. Joseph Betancourt, the vice president and chief equity and inclusion officer at Massachusetts General Hospital, in an interview with NPR's Morning Edition.

According to the Centers for Disease Control and Prevention, Latinx people in the U.S. are hospitalized from the virus at four times the rate of white people.

"If you equate it to a fire, to really have a bad fire there are three components to it: You have to have the substrate, so the set of conditions that would be very flammable with the spark, you have to have a spark, and you have to have material around it that makes the spread of the fire move extensively and quickly," Betancourt said. "And I think in the case of the Latino population, we see all three of those kind of coming together to create this perfect storm."

The set of underlying conditions that Betancourt referred to includes everything from Latinx people being more likely to have preexisting conditions such as diabetes to having less access to care to a hesitation to engage with the health care system.

Daniel López-Cevallos, a professor at Oregon State University who studies how health disparities affect Latinx communities, told NPR that another reason Latinx people are more at risk is that they're less likely to trust the government.

A 2019 report from the Pew Research Center shows that Latinx people are half as likely to trust the government as white people. López-Cevallos called it a "systematic erosion of trust in federal government and other social institutions as a consequence of what we have seen — anti-immigrant, anti-Latino rhetoric over the last few years."

It is because of these compounding factors, Betancourt said, that Latinx people are "coming into the pandemic with these disadvantages."

Those disadvantages hit Latinx communities with such force in part because the virus has a prolonged asymptomatic period and spreads very easily, according to Betancourt.

The spread, or "the conditions that make that spark really catch on," as Betancourt puts it, includes the fact that Latinx people are more likely to live in places that are densely populated, which makes social distancing more difficult. They are also more likely to live in multigenerational homes, which, according to the CDC, can make it more difficult to "protect older family members or isolate those who are sick." Latinx people are also less likely to be able to work from home than their white peers.

"So that's these sets of factors: the substrate that put them at a disadvantage, a spark that particularly made these conditions problematic and then a series of factors that I think led to spread," Betancourt said, adding that these factors "all explain why this has been a pandemic that has disproportionately impacted Latino populations and communities of color around our country."

Jim Wildman produced the audio version of this story.