Face Masks Mandatory In Most Of Texas, Starting Friday

Face Masks Mandatory In Most Of Texas, Starting Friday 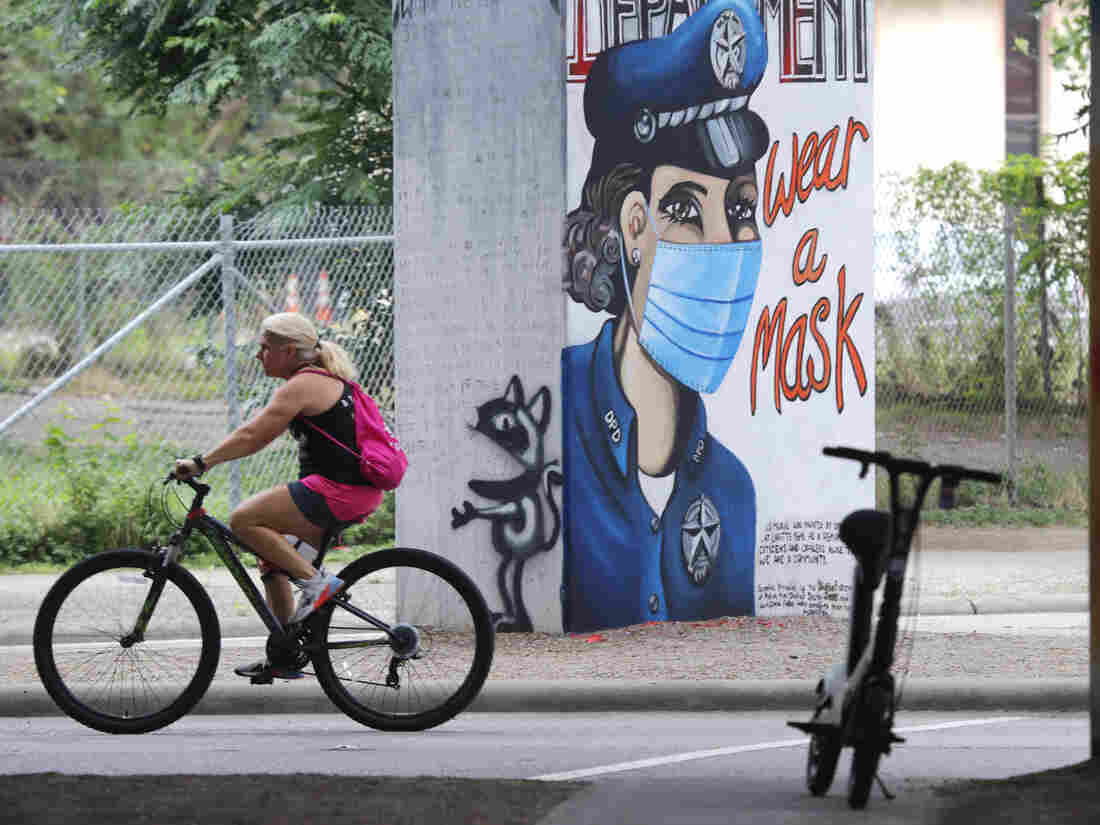 The guidance on this mural in Dallas will apply to most counties in Texas starting Friday, when a new face covering requirement takes effect. LM Otero/AP hide caption 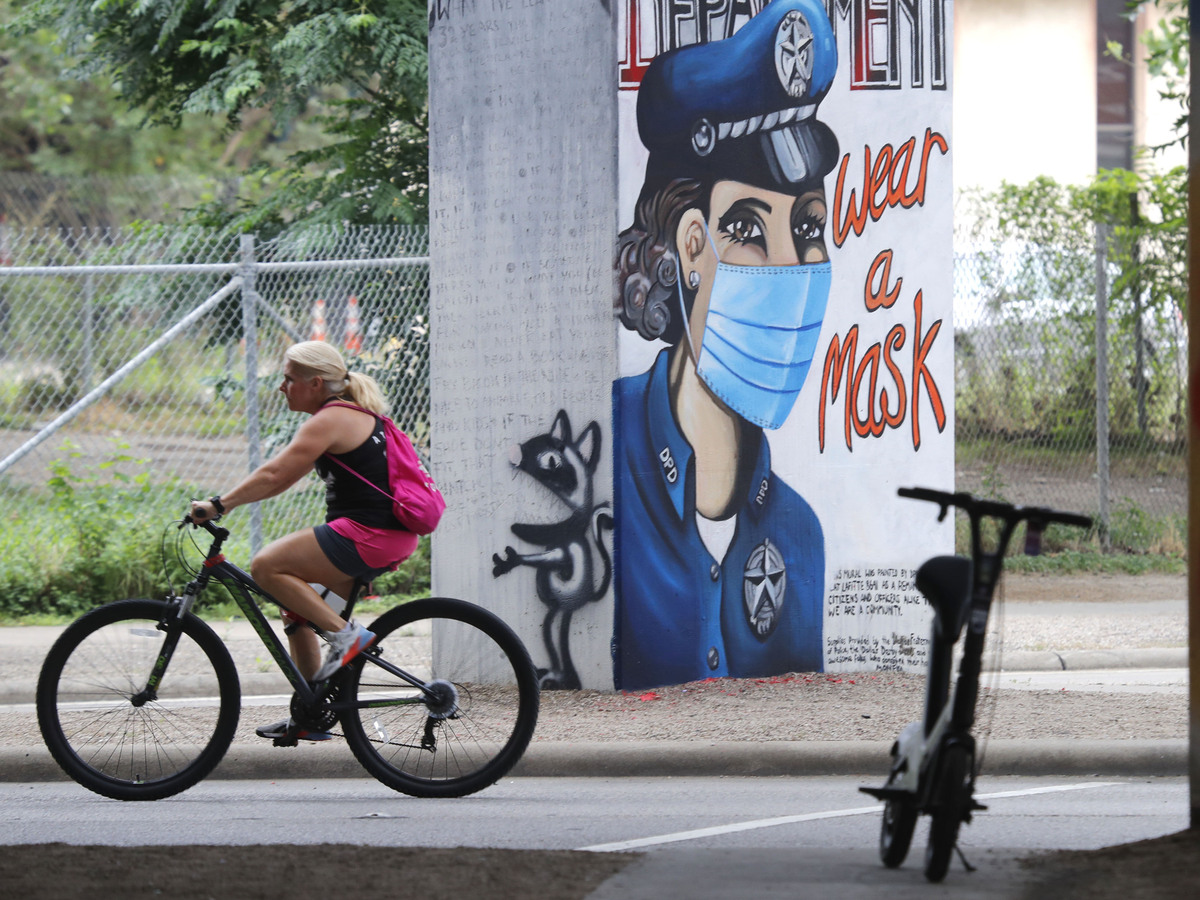 The guidance on this mural in Dallas will apply to most counties in Texas starting Friday, when a new face covering requirement takes effect.

Starting Friday, wearing face masks will be the law of the land in most of Texas.

"We have the ability to keep businesses open and move our economy forward so that Texans can continue to earn a paycheck, but it requires each of us to do our part to protect one another — and that means wearing a face covering in public spaces," Abbott said.

There are some exceptions, such as for children under age 10 and people with certain medical conditions. Masks are also not required during activities including swimming, eating in a restaurant and exercising outdoors while maintaining distance from non-household members.

A list of counties exempt from the face covering requirement will be maintained on the Texas Division of Emergency Management's website.

The order says local officials "can and should" enforce the face covering requirement but prohibits jail time as a penalty for violating it. First-time violators will receive a verbal or written warning, with subsequent violations punishable by a fine of up to $250.

The announcement comes as COVID-19 cases and hospitalizations continue to surge, with the state reporting 7,915 new cases on Thursday.

In a roughly seven-minute video released Thursday, Abbott said spikes are not just limited to big cities, noting that more than 91 counties have hit record-high numbers in the past three days.

"These numbers reveal a very stark reality," he said. "COVID-19 is not going away. In fact, it's getting worse. Now more than ever, action by everyone is needed until treatments are available for COVID-19."

An executive order, issued in April, had prohibited jurisdictions from imposing penalties on people for not wearing face coverings. In mid-June, Abbott allowed counties to require businesses to implement face mask policies.

Also on Thursday, Abbott issued a proclamation authorizing mayors and county judges to impose restrictions on some outdoor gatherings of more than 10 people.

The proclamation itself mandates, with some exceptions, that people cannot gather in groups of more than 10 people and must maintain 6 feet of distance between people.

This is the latest in a series of moves by Abbott to try to slow the spread of the coronavirus in his state. He announced on June 25 that Texas would pause any further phases of reopening, and the following day he closed bars and tightened restrictions on restaurants, outdoor gatherings and river rafting and tubing businesses.