Accessibility links
Inside Seating? A Harlem Bar Owner Navigates COVID-19's Changing Rules : Coronavirus Live Updates 67 Orange Street makes do with take-out and outdoor service while waiting for a decision on inside dining in NYC. 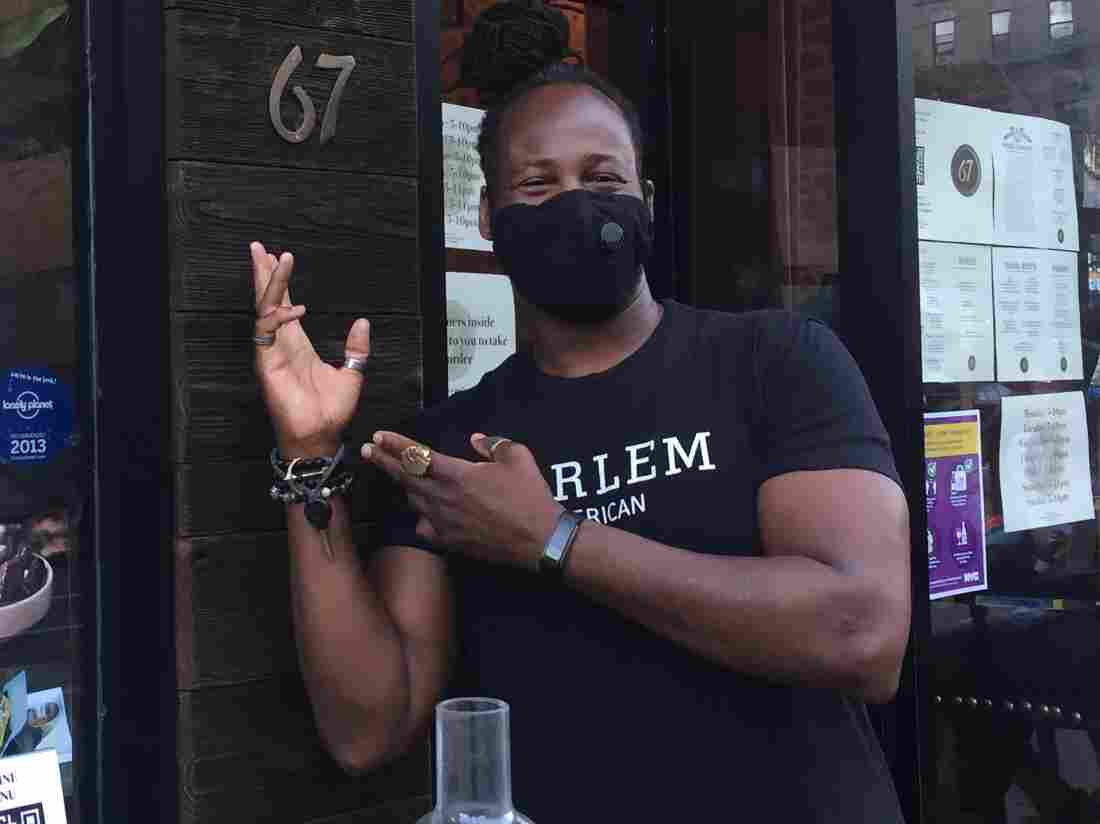 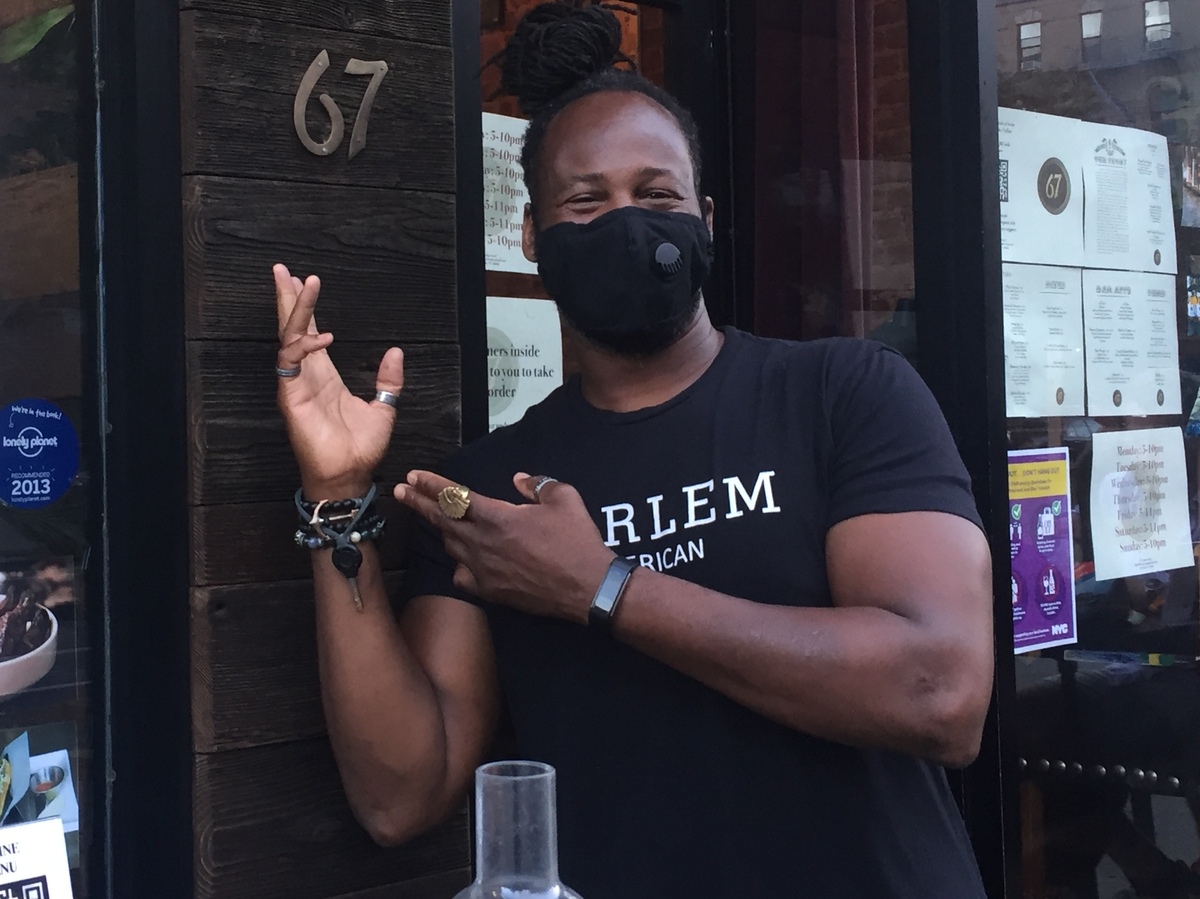 Karl Franz Williams, the owner and operator of the cocktail bar 67 Orange Street in Harlem, stands in front of the speakeasy-inspired bar.

Usually, bartenders at 67 Orange Street in Harlem perform in front of an audience, as they shake, pour, and light drinks on fire. People watch from stools around the bar and tightly packed tables.

Williams says bars like his are theater. "Part of it is the mystery, the throwback to history and old times, and then part of it is the actual actions of the bartenders."

Even though the usual theater is gone right now because of the pandemic, 67 Orange Street has stayed open through takeout cocktails, delivery, and outdoor dining. But Williams — and restaurant owners and operators across New York City — have been navigating a constantly shifting landscape of rules and policies as they reopen. That takes time and money, during a period when revenues have plunged and profits are stretched even thinner than usual.

Williams has been able to get his profits up to around 65 or 70 percent of his pre-shutdown normal, but he's always on edge about some of the things keeping 67 Orange Street afloat — like takeout cocktails and outdoor dining — being stripped away or changed as reopening continues.

For instance, at first, Williams says takeout cocktails could be offered along with snacks. Within a week, that rule changed, and the food had to be more substantial, which meant opening 67 Orange Street's kitchen.

"As soon as the law changed, we had to shift quickly and figure out what could we put in each of these takeout orders that would meet the qualification for food but that would also keep our pricing reasonable," said Williams.

Other rule changes, like regulations about outdoor dining and an executive order about making restaurants responsible for monitoring social distancing around their establishments, have also required restaurants to keep pivoting. There's no word on way indoor dining will be allowed, and Williams worries rules about limited seating will make it hard to do it profitably.

Alex Susskind teaches food and beverage management at Cornell University and says on top of navigating all that, restaurant owners also have a whole new job now.

"They have to make sure that their guests feel comfortable coming into their business. They're going to want to see that things are being cleaned regularly, right in front of them, where in the past restaurant operators wanted that to be invisible," says Susskind.

In some ways, it's a new kind of theater — keeping customers and employees safe, making sure they feel safe, and still trying to maintain some of the old magic of a restaurant.