Accessibility links
U.S. COVID-19 Deaths Near 130,000; Florida And Texas Report Record Case Numbers : Coronavirus Live Updates Florida and Texas report their biggest daily rise in new confirmed cases of COVID-19 in the past few days as deaths in the U.S. continue to rise. 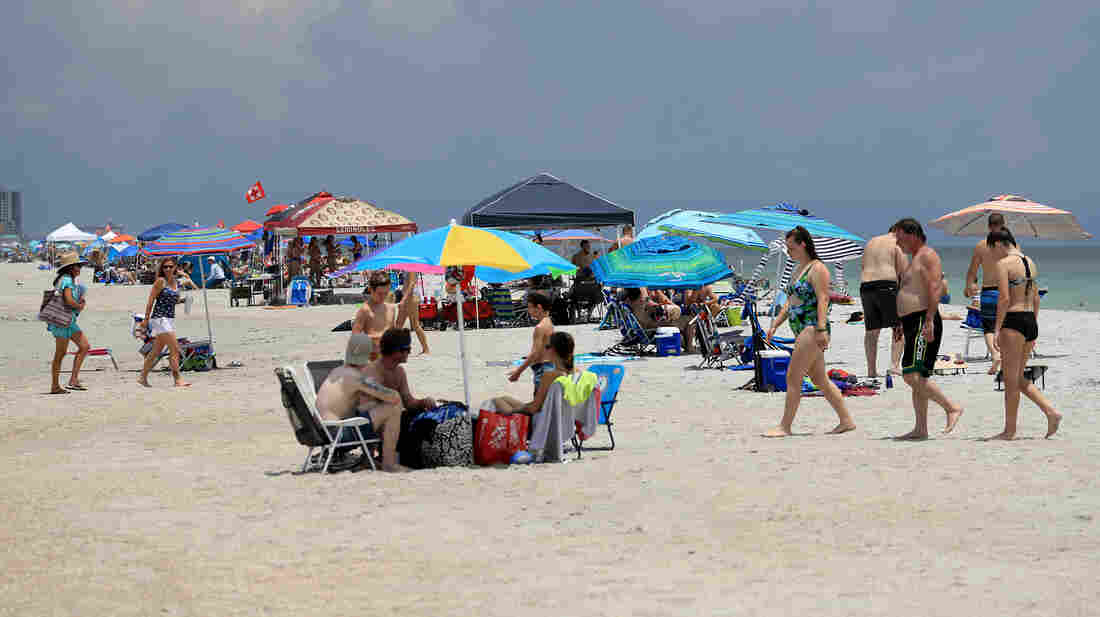 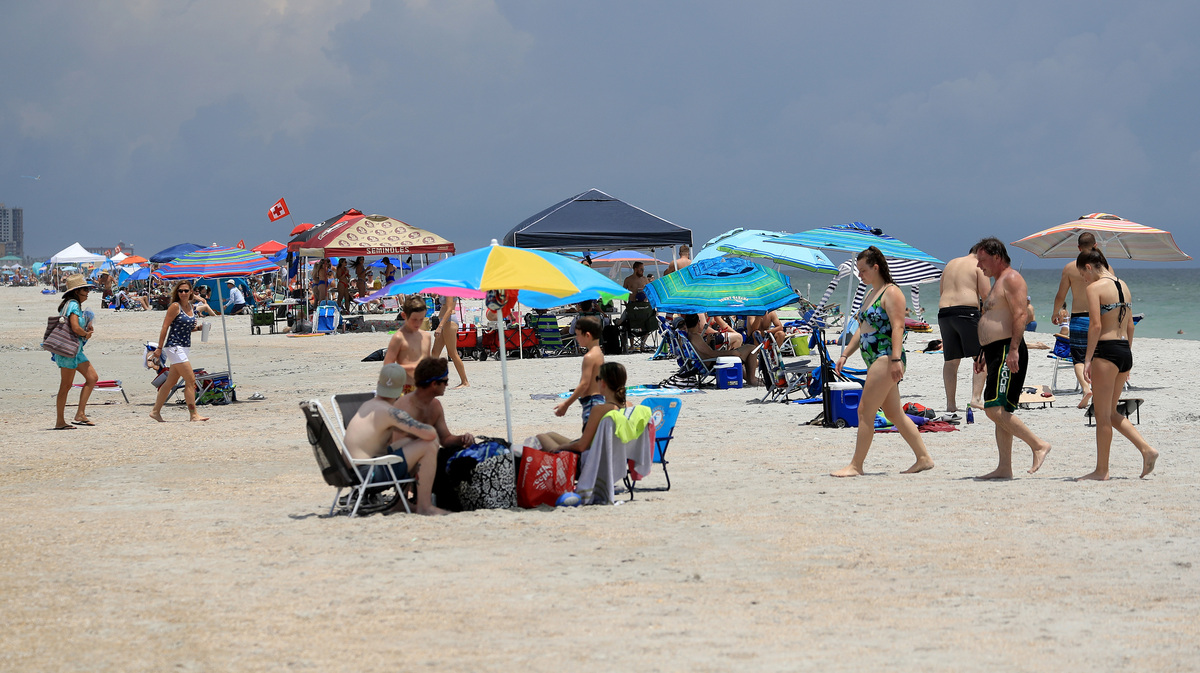 People visit Jacksonville Beach, Florida, on the Fourth of July holiday. Coronavirus cases are spiking in states such as Florida, Texas and Arizona.

Nearly 130,000 people in the United States have died from the coronavirus and more than 2,800,000 people have been infected, according to the Centers for Disease Control and Prevention.

"I will tell you, a month ago one in 10 people were testing positive. Today, it's one in four," Houston Mayor Sylvester Turner told CBS. "The number of people who are getting sick and going to the hospitals has exponentially increased. The number of people in our [intensive care unit] beds has exponentially increased. In fact, if we don't get our hands around this virus quickly, in about two weeks our hospital system could be in serious, serious trouble."

At least two counties in South Texas say they have hospitals already at full capacity. This news comes after officials in Texas, California and Arizona rolled back their reopening plans. In Florida, however, Republican Gov. Ron DeSantis said last week that the state was "not going back" on reopening, saying younger people were driving the spike but that they were at less risk than older people.

Republican Miami Mayor Francis X. Suarez called the growth "extremely worrisome" and said the growth was partially due to the early reopening of the state.

"There's no doubt that the fact that when we reopened, people started socializing as if the virus didn't exist," he told ABC News.

Democratic Phoenix Mayor Kate Gallego told ABC News that the state opened up too quickly and criticized the federal government's response to the virus and the lack of testing across the state. The Arizona Republic reported that in some cases, people have had to wait in line for 13 hours to be tested.

"We opened way too early in Arizona," Gallego said. "We were one of the last states to go to stay-at-home and one of the first to reemerge. And we reemerged at zero to 60."

In response to the surging cases in Arizona, authorities in Mexico tightened restrictions on some border crossings over the weekend and closed popular beaches to limit nonessential holiday travel.

An earlier version of this story described Phoenix Mayor Kate Gallego as having told ABC News that Arizona "may" have opened up too quickly. Gallego said, "We opened way too early in Arizona."