Accessibility links
Britain Announces A $2 Billion Rescue Package For The Arts : Coronavirus Live Updates The package, announced Sunday, includes grants and loans that theaters, museums, live music venues and others can use to pay salaries and maintenance costs as they try to survive during the pandemic.

Britain Announces A $2 Billion Rescue Package For The Arts

Britain Announces A $2 Billion Rescue Package For The Arts 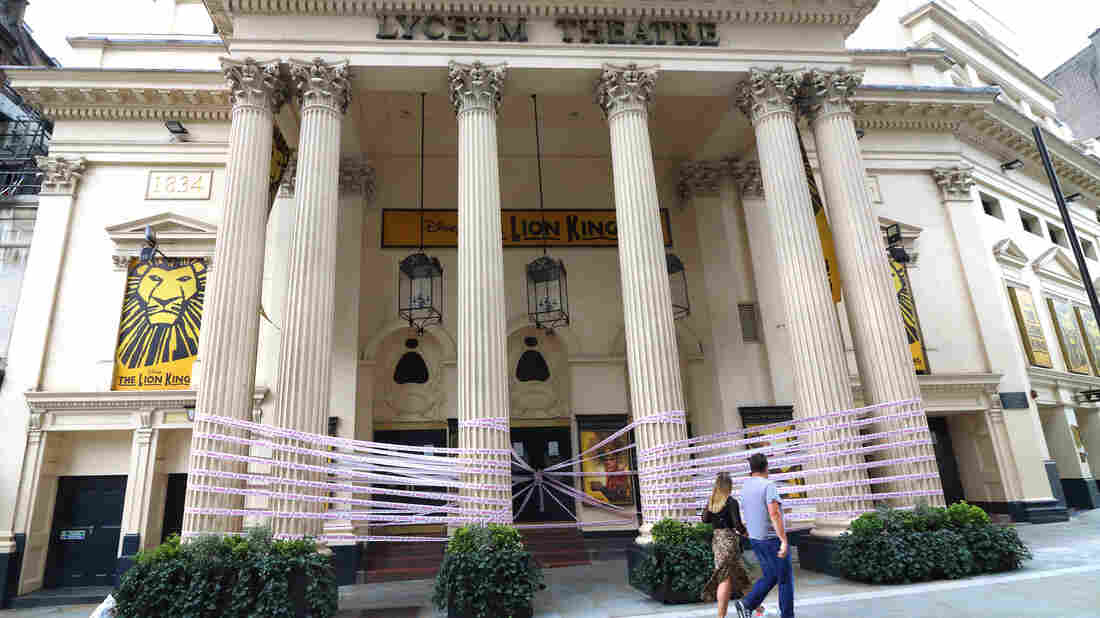 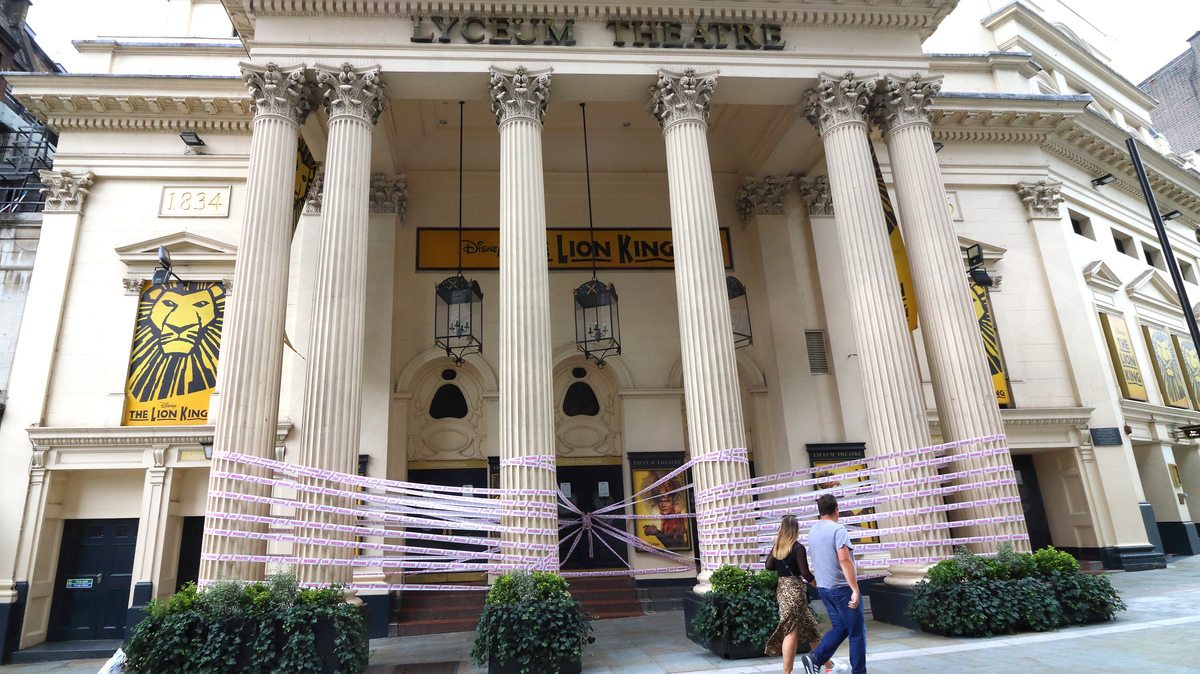 London's Lyceum Theatre is wrapped in pink tape bearing the words "Missing Live Theatre," part of a campaign by a group of British stage designers.

The British government will spend nearly $2 billion to help rescue the nation's theater, museum and arts sectors. Sunday's announcement came as more than 1,000 theaters remain shuttered across the country because of the coronavirus pandemic.

The rescue package will include grants and loans that theaters, museums, live music organizations and others can use to pay salaries and maintenance costs as they try to survive the COVID-19 recession.

"We were just extremely thankful," said Kate Varah, executive director of the Old Vic, the famed London theater. "The government is rightly recognizing that investment in thriving sectors at a point of crisis is a good investment, and what we don't want to do is come out of lockdown to have theaters boarded up, restaurants boarded up [and] shops unvisited wastelands."

Oliver Dowden, Britain's culture secretary, said the government would focus money on "crown jewels" such as the Royal Albert Hall, and emphasized that the rescue package was not a panacea for the entire culture and arts sector.

The announcement came a day after England permitted pubs, restaurants, museums and movie theaters to reopen. Indoor live theater is not resuming for both social distancing and financial reasons. Many Victorian-era theaters in London's West End have small seats crammed next to each other.

Theaters such as the Old Vic are public charities that in the past have not relied on government subsidies but on ticket sales and public support. Varah said if the Old Vic were to hold socially distanced performances, it could only operate at 30% capacity, while it needs to sell 70% of its seats to break even.

Netflix, meanwhile, is donating $625,000 to a fund set up by film and theater director Sam Mendes to provide relief to freelance theater workers who haven't been able to tap government support.

Mendes has argued that companies such as Netflix, which have thrived in the lockdown entertainment economy, should help support the British theater ecosystem that has nurtured talent benefiting the American entertainment industry. For instance, Fleabag, Phoebe Waller-Bridges' Emmy-winning series and an Amazon hit, began as a one-woman show at London's Soho Theatre.

The $2 billion rescue package adds to the government's enormous spending during the recession, which includes $17 billion a month to support workers' salaries. Many expect the bill for all this will ultimately fall to British taxpayers.