Accessibility links
Phoenix Mayor Says The City Is In A 'Crisis Situation,' Needs Help : Coronavirus Live Updates Arizona is now one of the worst COVID-19 hot spots in the Unites States. NPR's Ailsa Chang speaks with Phoenix Mayor Kate Gallego about how her city is managing the outbreak. 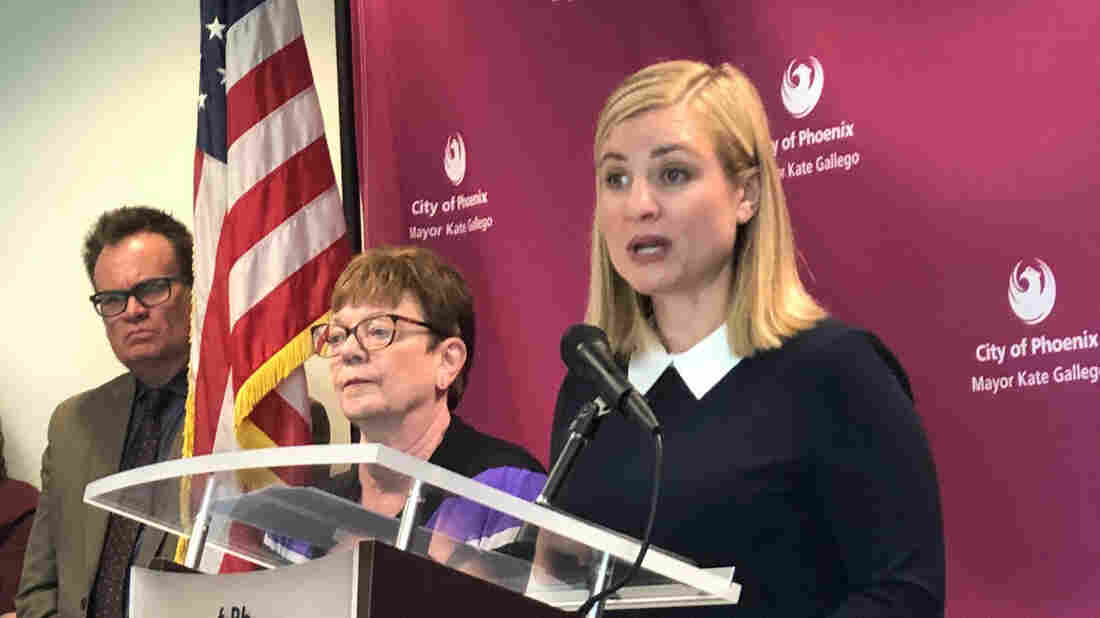 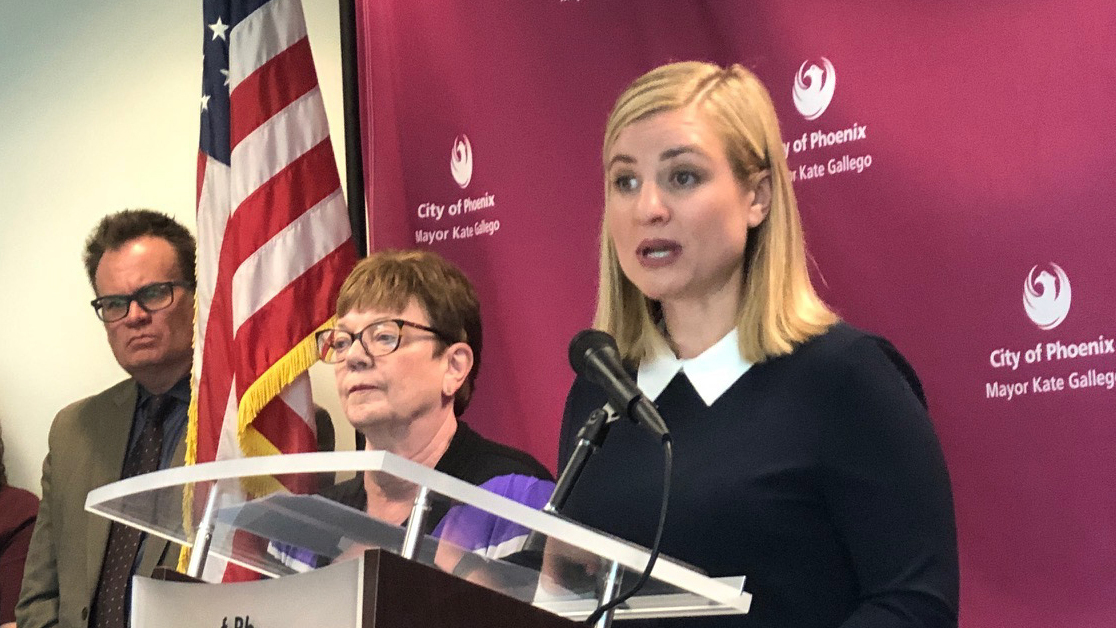 Arizona is one of just five states that has seen new coronavirus cases climb by the thousands each day in the past couple of weeks.

The state's governor, Republican Doug Ducey, in May lifted a stay-at-home order he put in place in March so the economy could begin reopening. But a week ago, Ducey ordered bars, gyms, movie theaters and water parks to shut down again for 30 days as daily caseloads topped 3,000.

"We sent a message that we had defeated COVID-19 and we had not," Phoenix Mayor Kate Gallego, a Democrat, tells NPR. "We are really in a bad situation where we need more resources for our medical system and help with testing."

In May, Ducey tied the hands of mayors when he issued an executive order requiring Arizona cities and counties to abide by state-level guidelines and do nothing that "conflicts with or is in addition to" those restrictions.

He relented in mid-June, allowing cities to impose their own facemask requirements if they desired. Phoenix, Arizona's most populous city, quickly did so.

Gallego talked with NPR's All Things Considered about local authority and what help is needed. Here are selected excerpts:

Do you think [the governor ordering bars and gyms closed again is] going to be enough to reverse this trajectory that we're seeing now?

I would like for mayors and city councils to have the tools to make decisions in our local community. For example, I'm concerned that there's still transmission incurring in packed restaurants. So could we move those to take-out? I also would really ask that every level of government help the city of Phoenix with testing. This weekend I was at a testing location where people were waiting in 110 degrees for hours and hours, eight hours in their car, running out of gasoline, desperate to get a test. I would love to see more support.

With this major spike in new cases, how confident are you that Phoenix has enough, say, ICU beds to handle a surge of hospitalizations at this point?

We are in a crisis situation with our health care. We have reached the level where over 90% of our ICU beds are in use. And we are quite worried that after the Fourth of July weekend, we will see another large growth in COVID-19 admissions to the hospital. So we are very worried about what's to come. I believe the worst is still ahead of us, which is scary because it's already at the level of care where people are being treated in hallways and nurses are coming in from other states. I don't want to say, though, that Phoenix is the only Arizona community that's suffering. Our Navajo Nation is among the hardest hit anywhere in the world. It's a tough situation in all corners of our community.