Accessibility links
Survey: 3% Of Americans Moved Due To The Pandemic : Coronavirus Live Updates Among the young, the numbers shot up: 9% of adults 18-29 have moved due to the coronavirus. Some people moved to avoid catching the virus, while others were forced by the closing of college campuses. 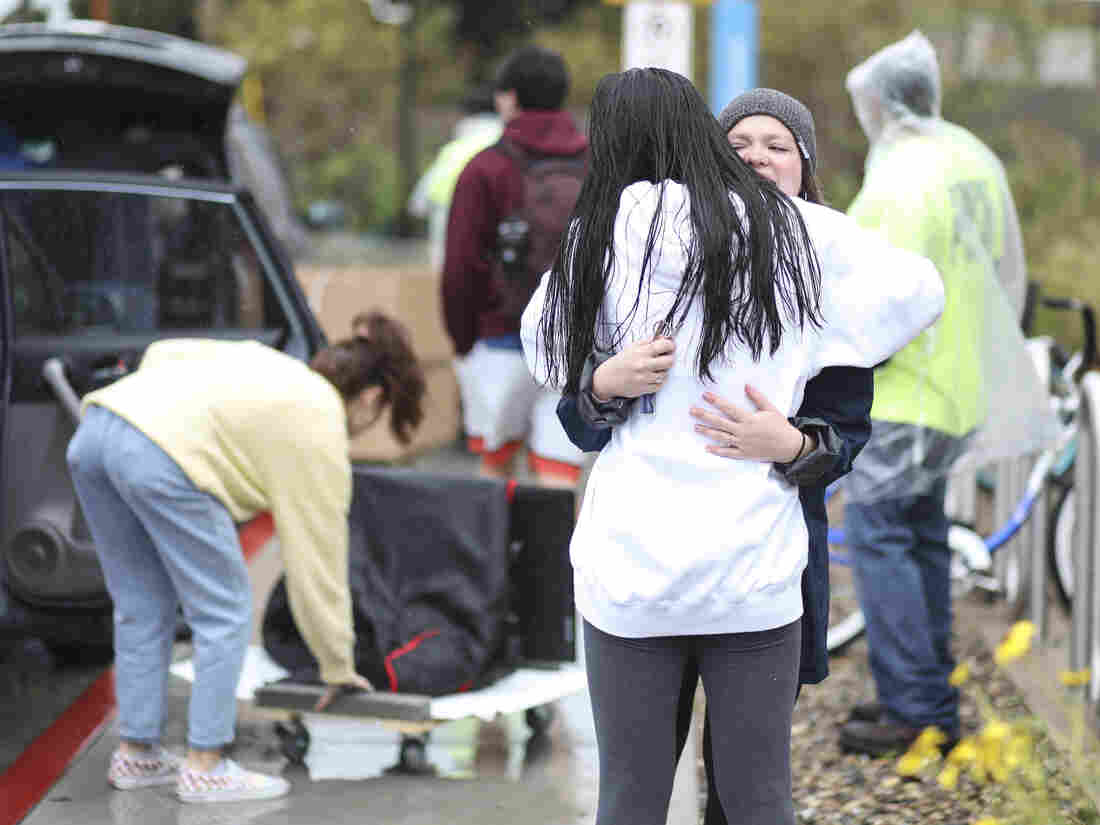 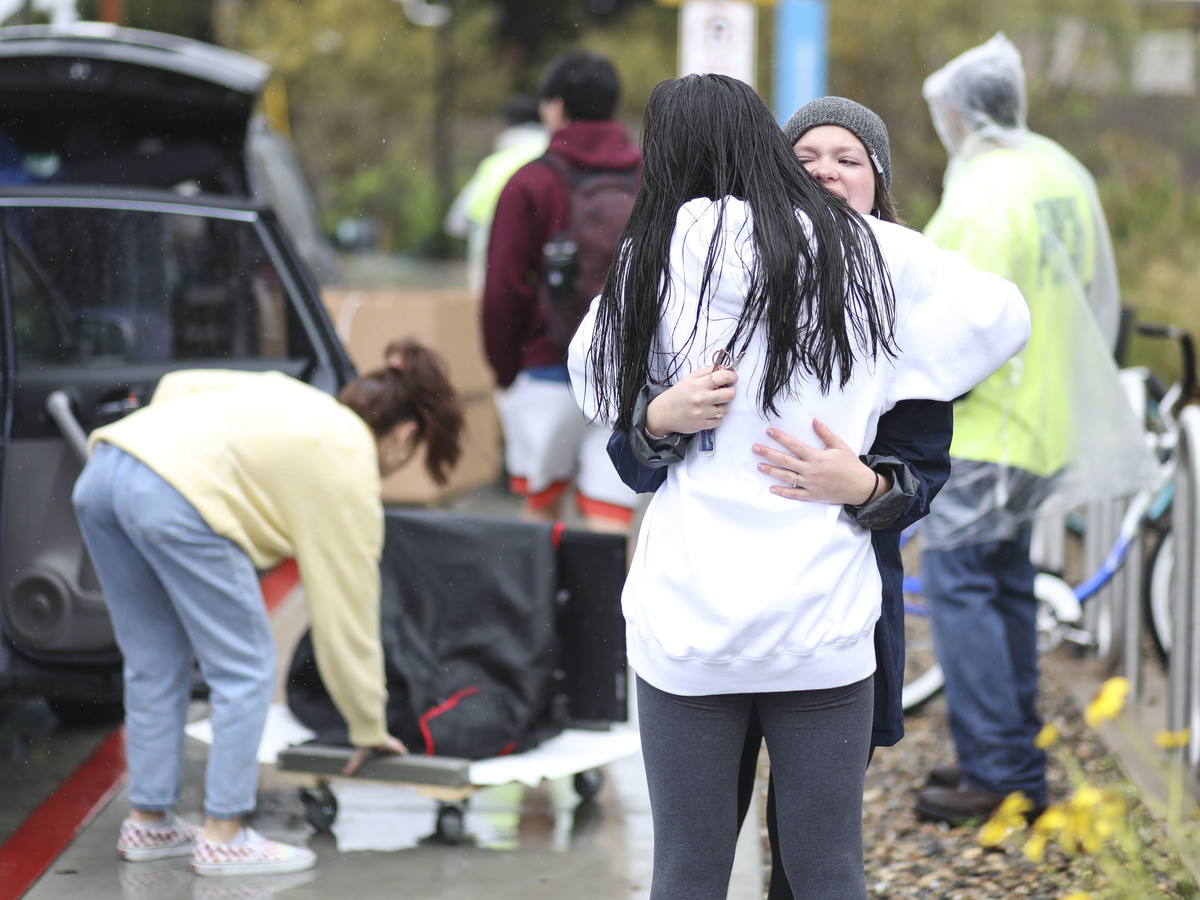 Students move out of dormitories at San Diego State University in March, after the university cancelled the rest of the semester and has asked students to move out within 48 hours. Nine percent of young adults say they've moved due to the COVID-19 pandemic.

As the coronavirus has spread to communities across the U.S., among its effects has been physical upheaval. People have moved from one place to another, or welcomed new members into their households, because of either the virus or its economic impacts.

There have been many stories of young people moving back in with their parents, new couples moving in together, and New Yorkers leaving apartments for homes in the suburbs or countryside.

But how common are such moves, really?

According to a new Pew Research Center survey, 3% of U.S. adults moved permanently or temporarily due to the pandemic, and 6% had someone move into their household because of it.

Among the young, the numbers shot way up: 9% of adults age 18-29 have moved due to the coronavirus.

"But many more knew someone else who had moved," says D'Vera Cohn, a senior writer and editor at Pew who authored the study. "So if you add up the number of adults who either knew someone who moved or moved themselves, about one in five U.S. adults did."

People had different reasons moving: some were pushed, some pulled. For 28%, reducing their risk of contracting the virus was the most important reason for the move. Another 23% were uprooted when their college campus closed. A fifth of movers wanted to be with family. Eight percent moved due to job loss, and another 10% had other financial reasons.

Cohn says there was a small indication that education and income were a factor in whether someone moved, but the effect was more striking if you asked about knowing someone who moved.

Those with more education and higher incomes tended to be more likely to know someone who had moved, and young adults knew more movers than older people did.

But if evictions rise, that may affect the income levels of those moving in the months ahead.

The survey, which was conducted in early June, didn't ask where people moved to or from, so the geographical result of so many moves is still unclear. U.S. Postal Service data from March and April showed that the New York City residents who submitted mail-forwarding requests had decamped for places like South Florida, Connecticut and Southern California.

But the Pew survey does give some insight into the housing situations people are seeking amid the virus.

About 61% of the adults moved in with a family member, while 13% moved to a second home or a vacation home. Others shelled out for a new spot: 9% rented or bought a place.

It's too soon to tell, she says, just how many of these moves will be permanent.

"It may be that some people don't know yet because of the uncertainties about school and job work-from-home arrangements," says Cohn.