Accessibility links
India Surpasses Russia In Reported Coronavirus Infections : Coronavirus Live Updates Despite imposing one of the earliest and most severe mitigation efforts in the world, India's coronavirus infections have soared. 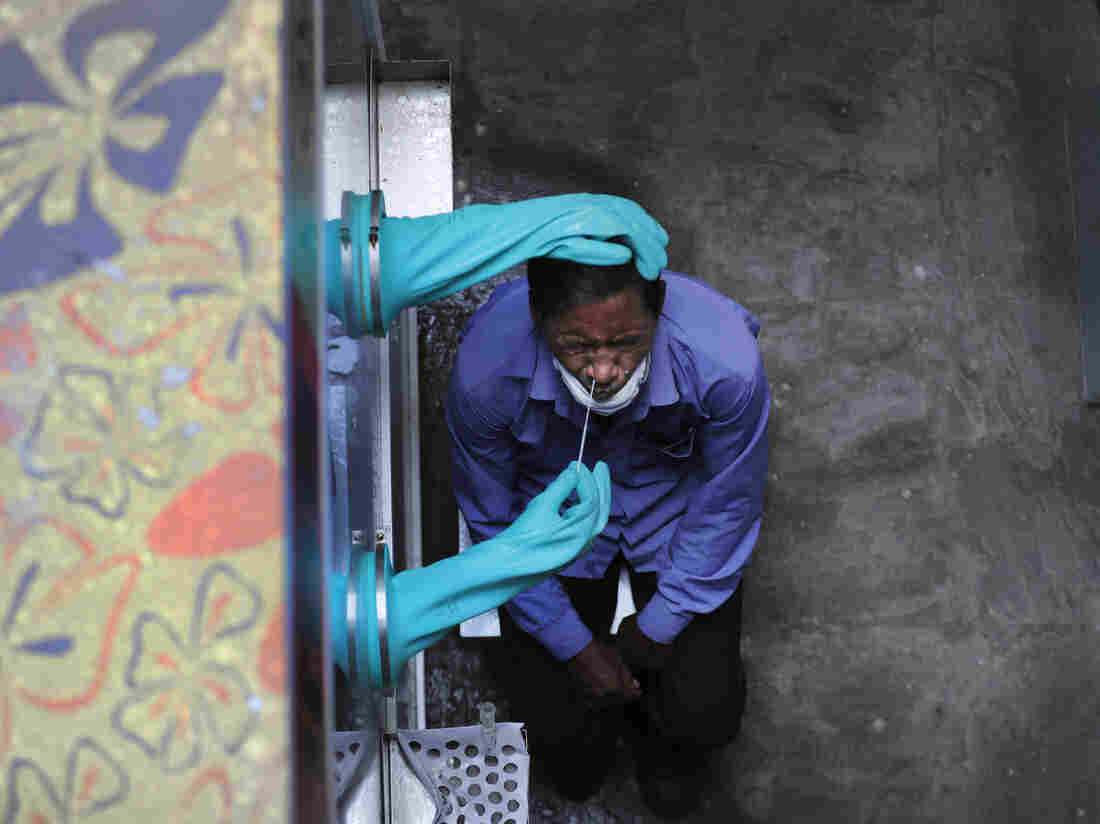 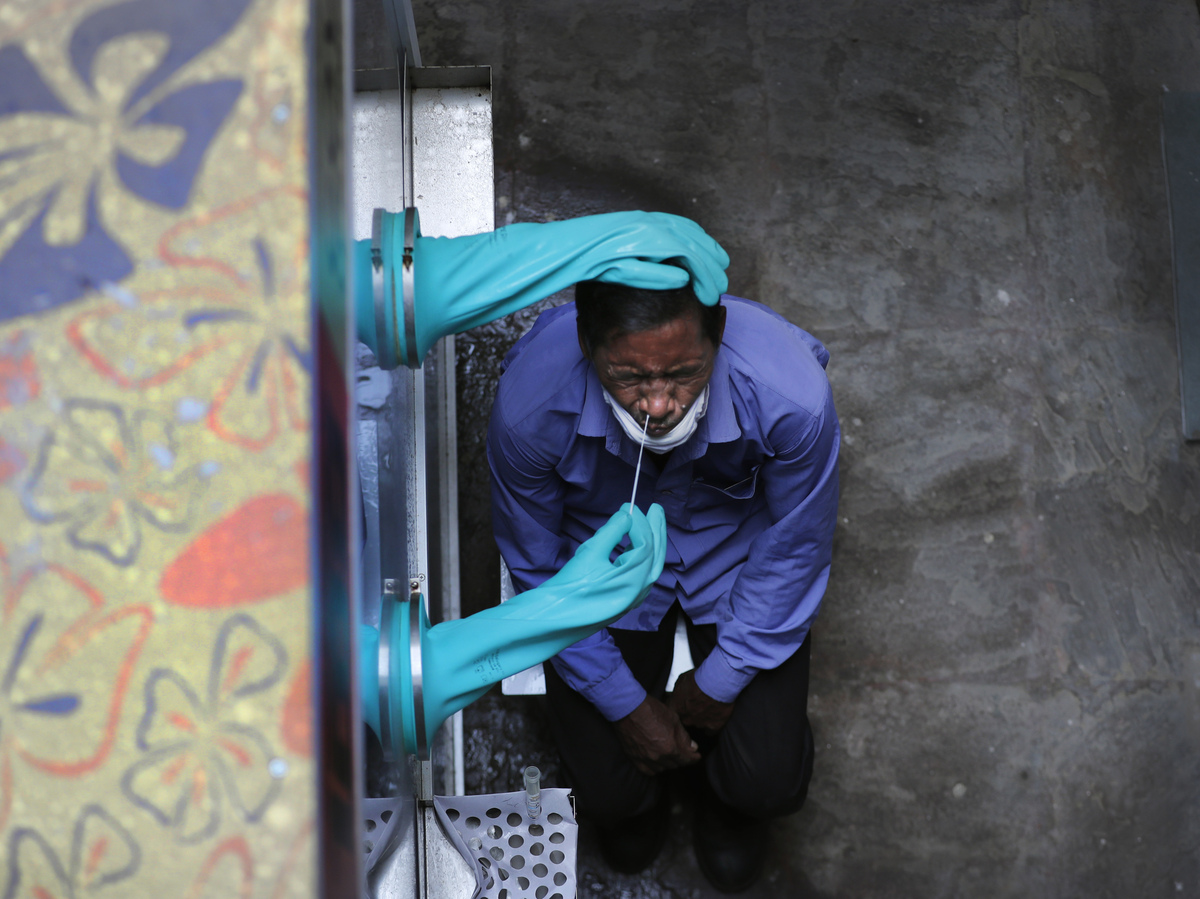 A health worker takes a nasal swab for COVID-19 at a hospital in New Delhi. India has overtaken Russia to become the third-worst coronavirus affected nation.

India has now surpassed Russia to become the third-worst country affected by the coronavirus, in terms of total infections. Only the United States and Brazil have more.

On Tuesday, India's death toll from COVID-19 crossed 20,000 and its total caseload now exceeds 700,000. Both tallies are now rising at their fastest pace since the pandemic began.

Over the weekend, India reported its highest-ever single-day spike in infections with nearly 25,000 new cases in a 24-hour period. The Taj Mahal and other monuments originally scheduled to reopen to tourists Monday now remain closed indefinitely.

The latest spike has been powered in part by rising numbers of infections in a handful of southern Indian states, including Karnataka, Telangana and Tamil Nadu. India is also testing more, with nearly 250,000 COVID-19 tests being administered daily, according to Health Ministry data.

The hardest-hit areas are still India's largest cities, New Delhi and Mumbai. Hospitals there are overcrowded, and makeshift medical wards have been hastily constructed in convention centers.

In March, India imposed one of the earliest, strictest lockdowns in the world, at a time when its total cases were relatively low, numbering in the hundreds. The lockdown may have slowed the virus's spread, but it also left at least 100 million people unemployed, some of them left starving.

A nationwide lockdown was eased in early June to try to revive the economy. While schools remain closed, most businesses and public transit have since resumed, except for areas with high concentrations of COVID-19 cases. But individual state governments have been reimposing their own restrictions.

Even though India ranks third in terms of total coronavirus cases, it ranks eighth in terms of fatalities, according to Johns Hopkins University.