Accessibility links
Trump Concedes GOP Convention May Need To Be 'Flexible' : Coronavirus Live Updates Trump's campaign has long wanted a sports arena packed to the rafters, but the president concedes in an interview that the worsening Florida outbreak may force those plans to shift.

Trump, Long Adamant About Convention Despite Coronavirus, Admits It May Adapt

Trump, Long Adamant About Convention Despite Coronavirus, Admits It May Adapt 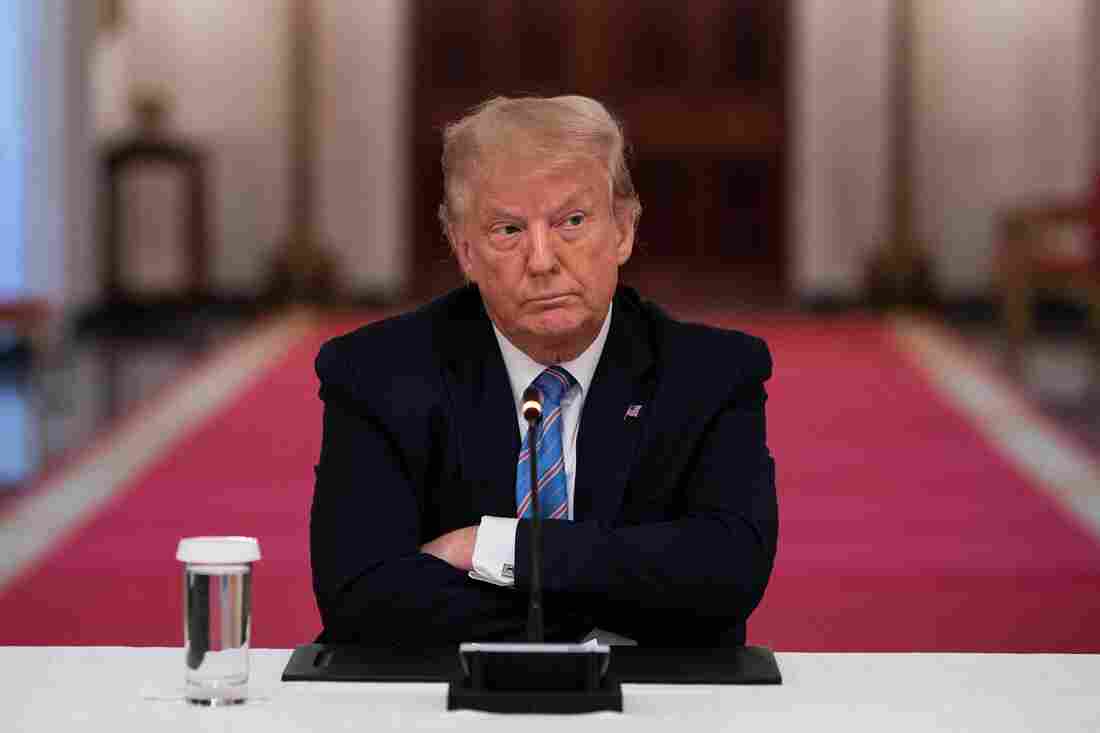 President Trump participates in a White House event Tuesday on how to reopen schools safely. After insisting that the Republican National Convention should be in person with thousands of people, Trump said he is "flexible" about the format. Jim Watson/AFP via Getty Images hide caption 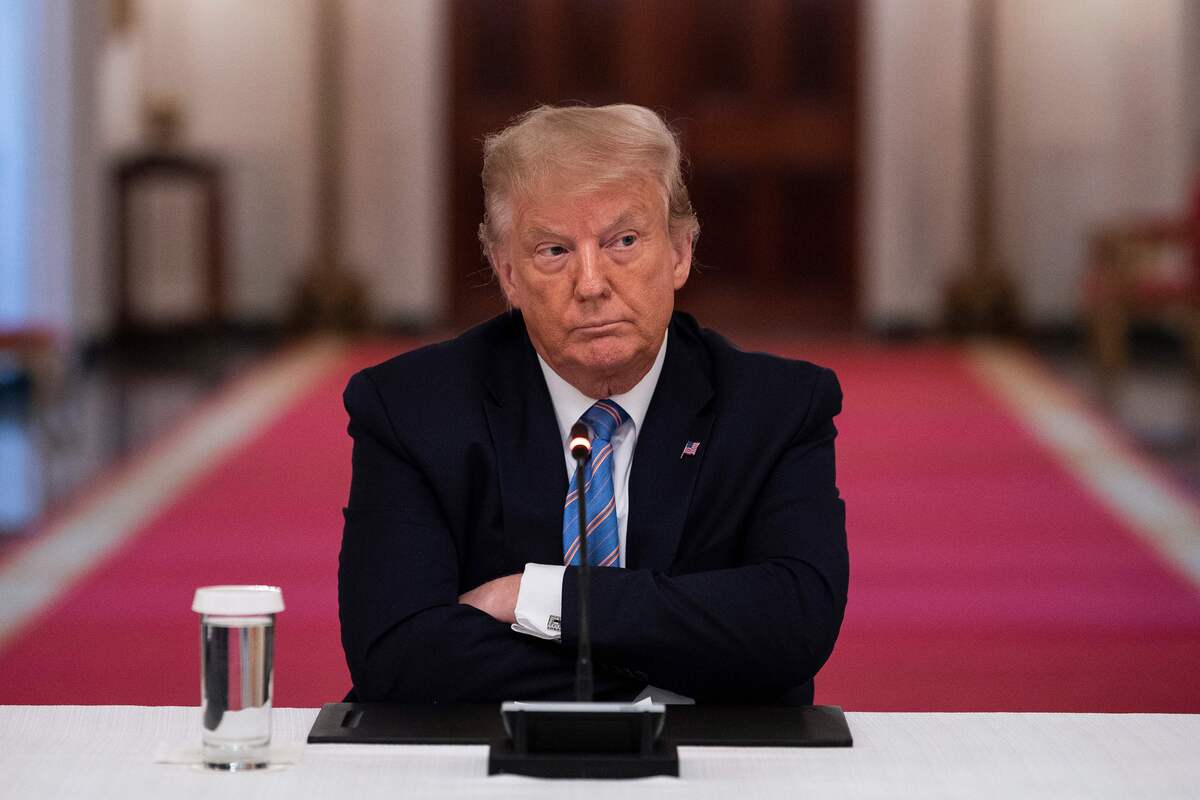 President Trump participates in a White House event Tuesday on how to reopen schools safely. After insisting that the Republican National Convention should be in person with thousands of people, Trump said he is "flexible" about the format.

President Trump is acknowledging that he may have to temper his expectations, adamant at times, that his acceptance speech at the 2020 Republican National Convention should be a big event in front of thousands of people.

"We're very flexible," Trump said when asked during an interview Tuesday with Gray Television whether he may not have as big a gathering next month as he's planned on to celebrate his renomination to lead the GOP presidential ticket.

The president and his campaign have planned all along on a sports arena packed to the rafters as the balloons dropped, and red, white and blue confetti filled the airspace.

Not even the deadly arrival of the coronavirus could derail those aspirations.

Or maybe it could.

The Republican National Committee had already gone so far as to move the scheduled Aug. 24-27 convention from the original host city of Charlotte, N.C., after Gov. Roy Cooper, a Democrat, wouldn't guarantee approval for big gatherings.

Instead, the RNC decided a month ago to hold major, in-person convention events in Jacksonville, Fla., where Republican Gov. Ron DeSantis held no such reservations, while some formal business meetings would still be conducted in Charlotte.

Jacksonville is now in the midst of preparing for a convention and dealing with a massive spike in coronavirus cases. But Trump's admission Tuesday night was his first acknowledgement that the pandemic might still have a say in what the 2020 GOP convention looks like.

In recent days, several GOP senators have said they won't be attending this year's convention.

Florida was one of the earliest states to relax public health restrictions imposed after the coronavirus outbreak began and is now seeing its highest number of infections since the pandemic started.

Journalist Greta Van Susteren asked Trump, "Would you consider not having as big a convention?" Trump responded, "We're always looking at different things."

It was a small acknowledgment that events may indeed be beyond his control.

On the earlier decision to move convention events to Florida, Trump said, "When we signed a few weeks ago, it looked good." With the number of cases on the rise, Trump said, "Now all the sudden it's spiking up a little bit," before adding optimistically, "That's gonna go down." Finally, he said, "It really depends on the timing. Look we're very flexible. We can do a lot of things, but we're very flexible."

What exactly the president means by "very flexible" is not clear, and he offered no details on what alternatives may be considered.

Democrats have already announced that their 2020 convention — planned for host city Milwaukee — will be held primarily online with no big, in-person events.

More broadly on the rising number of coronavirus nationally, Trump told Van Susteren, "I think we are in a good place." He said he disagrees with Dr. Anthony Fauci, a member of the White House Coronavirus Task Force, who has repeatedly warned that the surge in the number of cases across the country shows that the U.S. hasn't done enough to combat COVID-19.