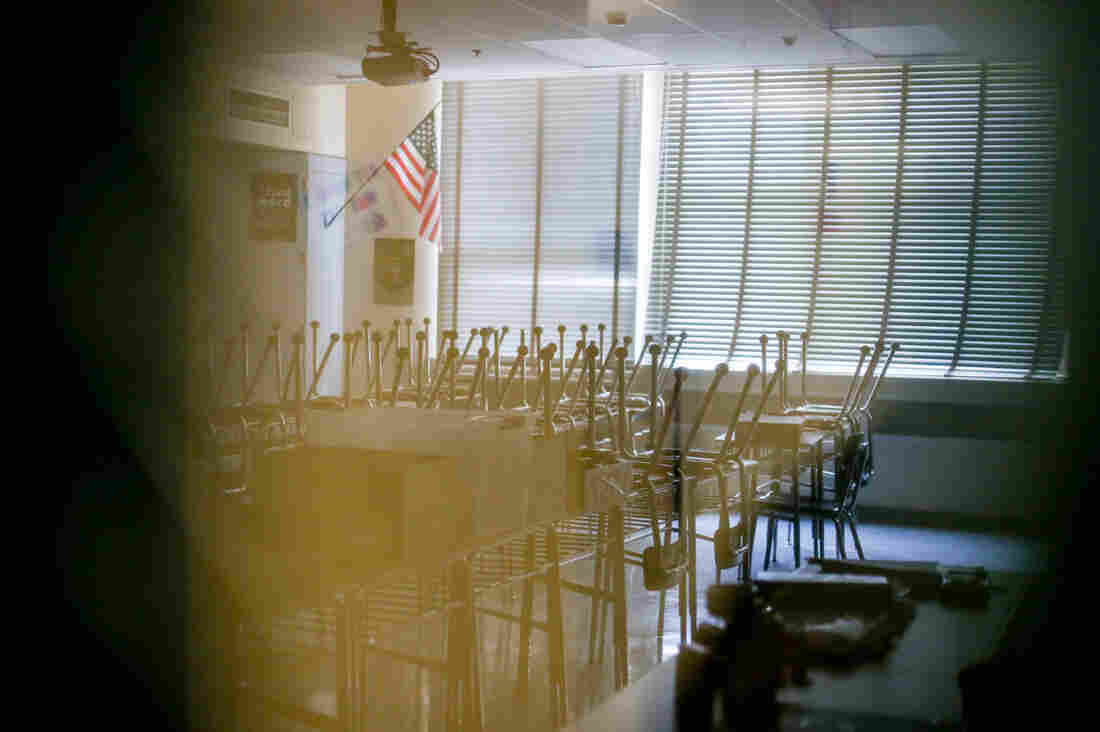 Classrooms at Vista Middle School sit empty during the 2019 Los Angeles teacher strike. Los Angeles schools emptied out again in the spring because of the coronavirus. Roxanne Turpen for NPR hide caption 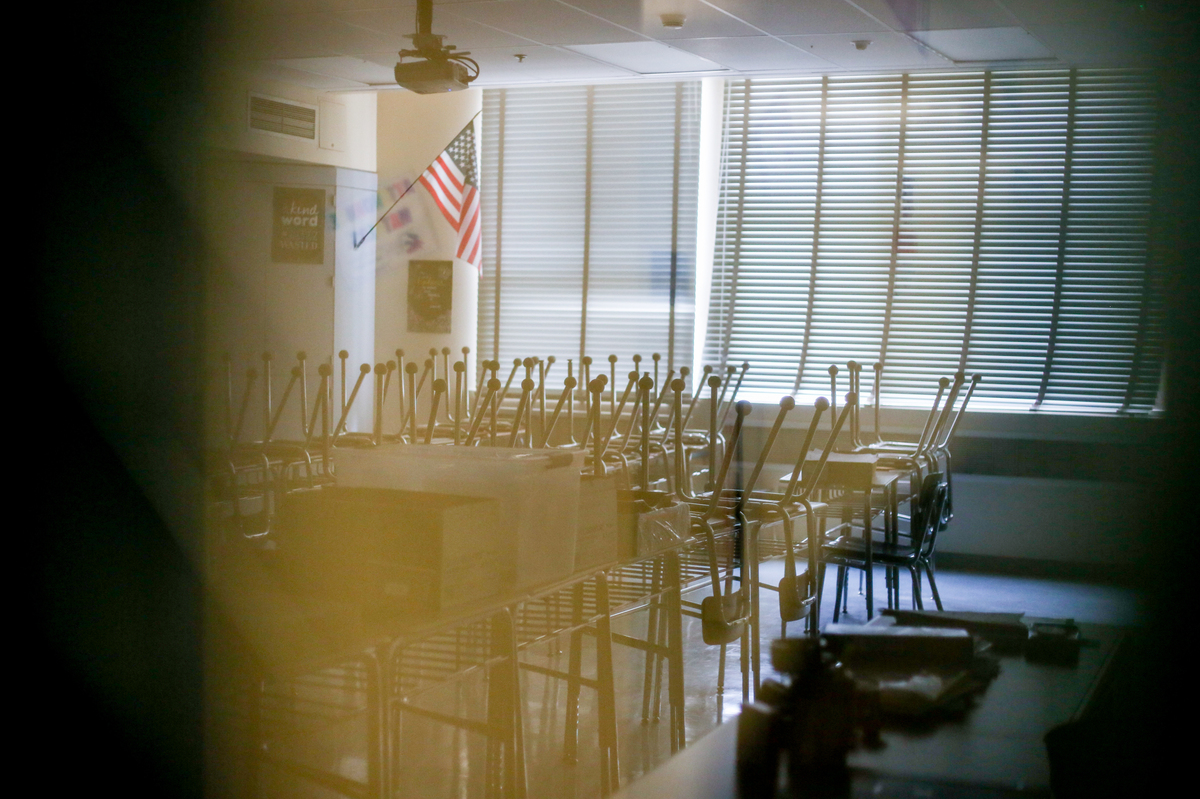 Classrooms at Vista Middle School sit empty during the 2019 Los Angeles teacher strike. Los Angeles schools emptied out again in the spring because of the coronavirus.

On Monday, Los Angeles and San Diego public schools announced they will be starting the school year remote-only in August as coronavirus cases rise in Southern California.

"The skyrocketing infection rates of the past few weeks make it clear the pandemic is not under control," a joint statement said.

On Sunday, the Los Angeles County Department of Public Health reported 3,322 new cases of COVID-19 and 18 deaths. Local health department data show a rebound in hospitalizations compared with May.

The Los Angeles system is the nation's second-largest school district, and the decisions together affect more than 700,000 students and their families. They come amid pressure from the federal government to open and from local teacher unions to stay remote. On Thursday, United Teachers Los Angeles called for keeping schools closed. The union noted the disparate impact the virus has on Black, brown and Indigenous communities, and that the district employs over 60,000 people. The statement said: "When politicians exhort educators and other workers to 'reignite the economy,' UTLA educators ask: who are you planning to use as kindling?"

In a public statement, Los Angeles Unified School District Superintendent Austin Beutner also promised to improve the quality and accessibility of remote learning. He pledged "daily, live interaction," "all students with device and internet access," and support for English learners and students with disabilities.

In the spring, Los Angeles was unusual among large districts in partnering with local public television as part of its remote learning plan, an acknowledgment of a deep digital divide in the city. Also under an agreement reached last spring, district teachers were not required to provide live video instruction.