Accessibility links
Miami Is Becoming The 'Epicenter Of The Pandemic,' Expert Warns : Coronavirus Live Updates Florida's coronavirus cases continue to be near record-levels as officials warn of worsening problems in several parts of the state. Hospitals are concerned about the increases.

Miami Is Becoming The 'Epicenter Of The Pandemic,' Expert Warns

Miami Is Becoming The 'Epicenter Of The Pandemic,' Expert Warns 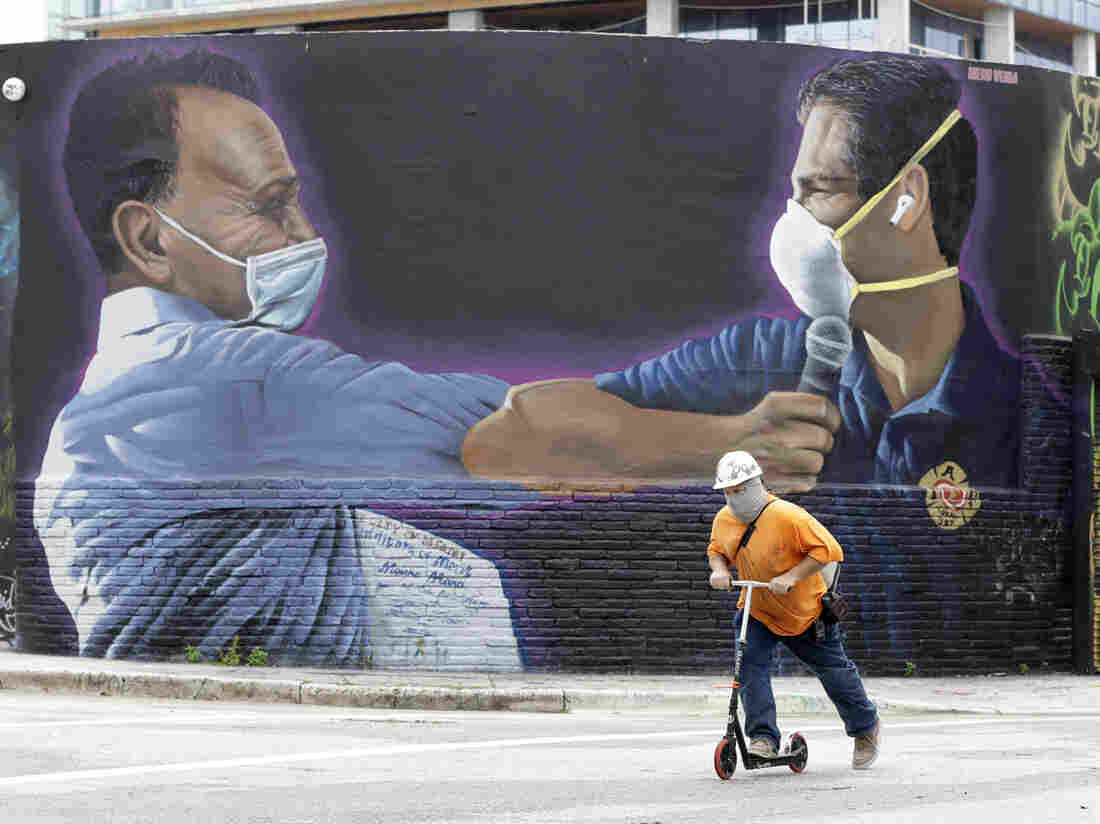 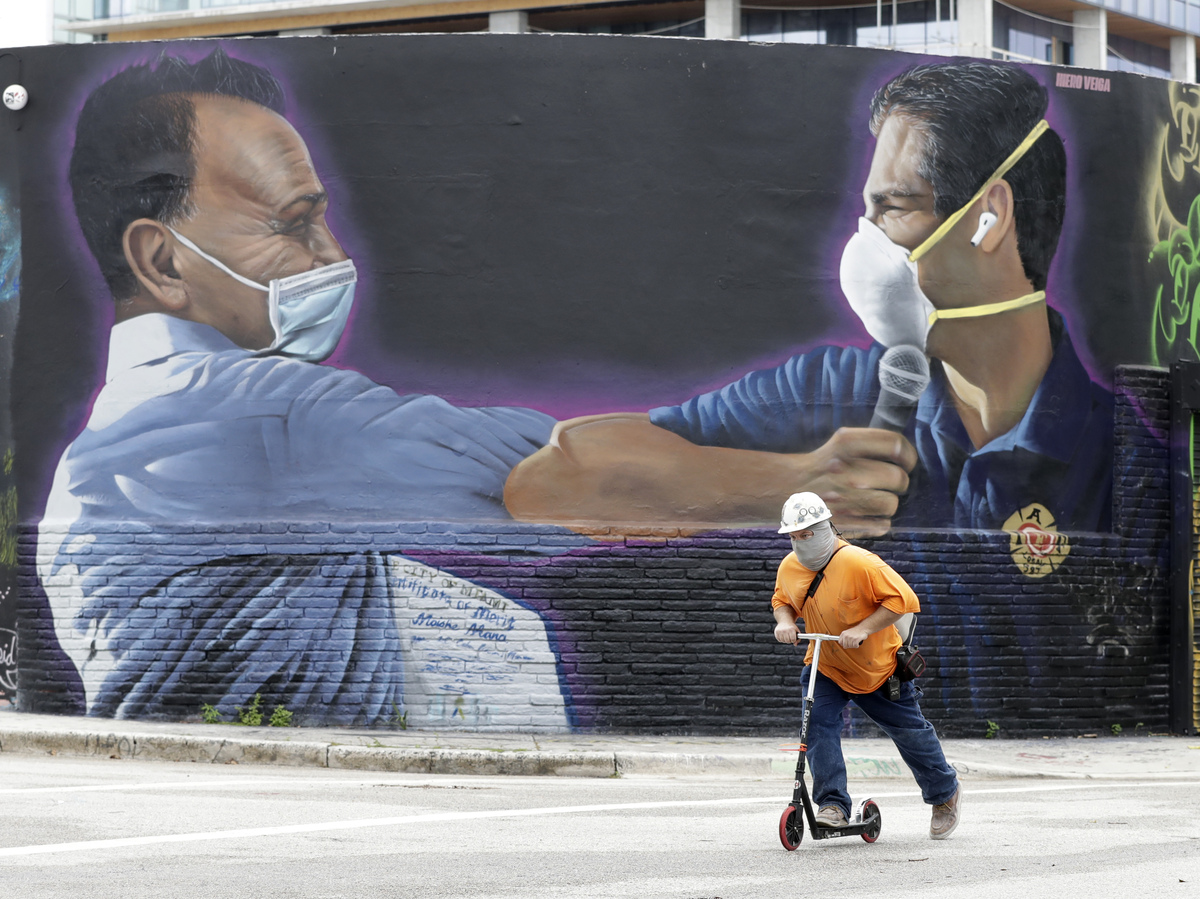 Florida posted its highest number of deaths yet from the coronavirus Tuesday. The state's Department of Health reported 132 deaths and 9,194 new positive cases.

It followed two days when Florida registered its highest number of new COVID-19 cases. On Sunday, Florida saw 15,300 cases, the most so far by any state.

Dr. Lilian Abbo, an infectious disease expert at the University of Miami, said, "Miami is now the epicenter of the pandemic. What we were seeing in Wuhan [in China] ... five months ago, now we are there." Addressing the public this week, she said, "We really need your help."

Elected officials and public health experts said the surge in cases in Florida began in mid-June and was caused by young people gathering at house parties and other locations. In recent days, doctors said the median age of people testing positive for the virus has been going up, a sign they said that young people have now spread the virus to older friends and family members.

Abbo joined other doctors in Miami at a news conference Monday where they appealed to the public to socially distance, wear face coverings and follow local rules aimed at stopping the spread of the coronavirus. Miami-Dade County recently imposed a curfew and ordered all restaurants closed for indoor dining.

Miami-Dade Mayor Carlos Gimenez said he wants to see if those steps are effective before deciding whether to take tougher measures, such as reimposing a countywide stay-at-home order. In the meantime, he said the county is stepping up enforcement. "We close down five or six businesses on a daily basis," he said, after inspectors found they were violating coronavirus regulations.

A factor in the surge of positive coronavirus testing is that Florida has greatly increased its testing. On Sunday, Florida's record-setting day, the state recorded nearly 143,000 tests, triple the number conducted a week earlier. On Tuesday, Florida got the results of 67,160 tests, with a positivity rate over 18%.

As cases have spiked in Florida, hospitals are seeing more patients with COVID-19. Carlos Migoya, CEO of Jackson Health System, said his hospital has cut back on patients admitted for elective procedures as the number of COVID-19 cases has increased. He said his hospital, Miami's largest, still has extra capacity and the ability to add more intensive care unit beds if needed. "We have the beds," Migoya said. "We need the staff."

Florida has sent 100 medical personnel to help at Jackson Health. Gov. Ron DeSantis said the state is also sending nurses and other personnel to hospitals in the Tampa area and has plans to bring in an additional 2,000 nurses from out of state.

On MSNBC on Tuesday, Migoya said it might be three weeks until cases peak in Miami-Dade County. "And that is a very tough three weeks," he said. Asked about the prospect of schools reopening next month, he said Miami's high infection rate made that unlikely. "Positivity rates of 25 to 28% are not indicative of us being able to open the schools here in Miami-Dade County," he said.

DeSantis met with Gimenez and other mayors of cities in Miami-Dade on Tuesday for a roundtable on the state and local response to the surge in coronavirus cases. They all agreed on the need to deliver a strong unified message urging residents to wear face coverings, avoid large gatherings and follow other health guidelines.

Miami Beach Mayor Dan Gelber told DeSantis a statewide mandate for face masks would lend weight to the public health directive. He said, "I think it will tell people you have to do this. ... It's urgent that you do it." DeSantis didn't respond to Gelber's suggestion and has resisted calls for a statewide mask mandate.

Several mayors asked the governor to use federal CARES Act money to hire more people to do contact tracing. In Florida, public health workers now are able to contact just a fraction of the several thousand people who test positive for the virus each day.

Gimenez, the Miami-Dade mayor, recently signed an agreement with the state to hire 250 more contact tracers and said he'd be willing to hire hundreds more. But he warned, with such a high rate of infection in Miami, contact tracing isn't a "silver bullet."

If the current trends of infection continue, Gimenez warned the other mayors that additional rollbacks may be necessary.