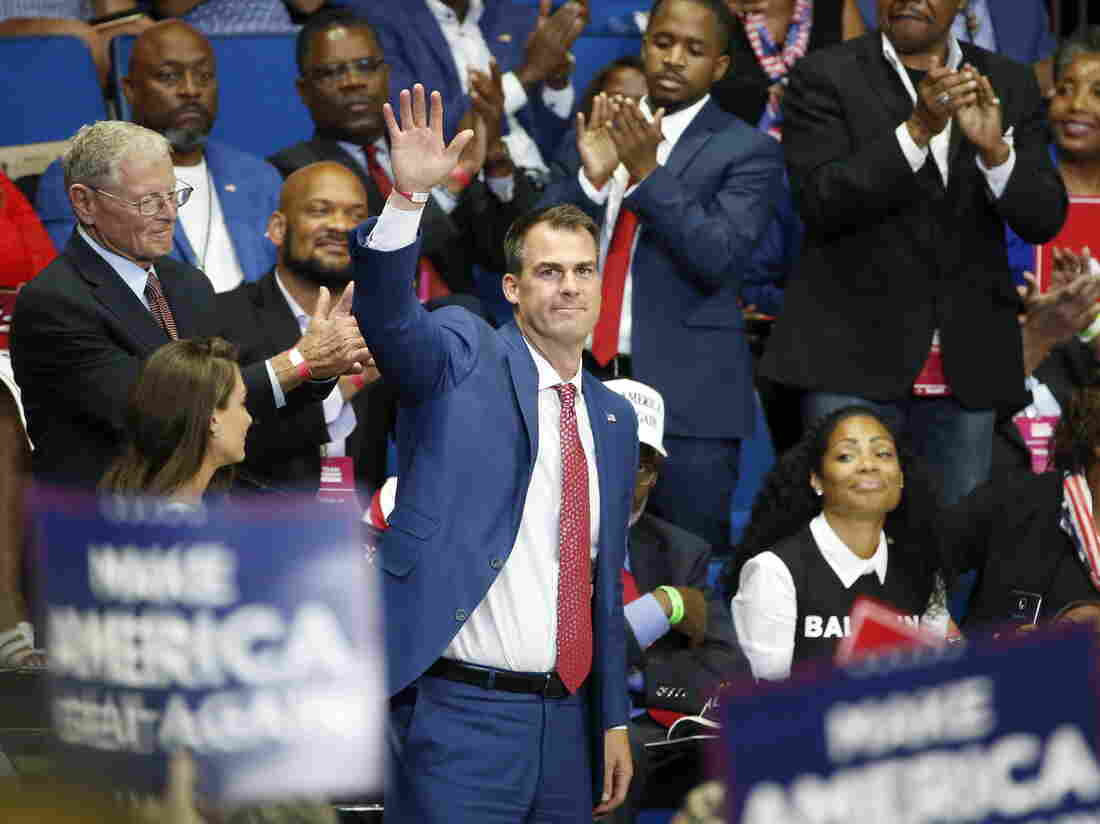 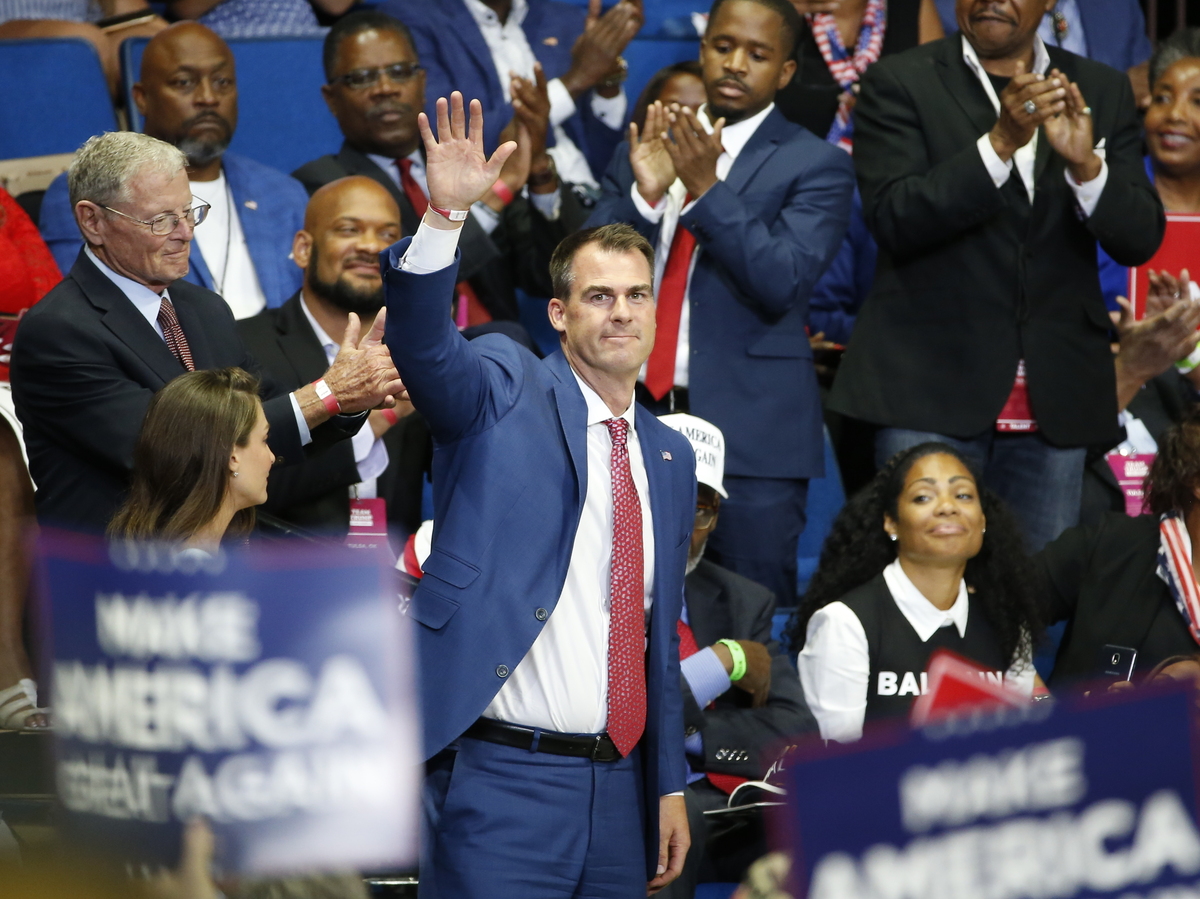 Oklahoma Gov. Kevin Stitt attends President Trump's campaign rally last month in Tulsa. Stitt dismisses the notion that he became infected at the June 20 event, saying it was too long ago.

Oklahoma Gov. Kevin Stitt has tested positive for the coronavirus, becoming the first U.S. governor known to have been infected during the COVID-19 crisis.

Stitt, a Republican, disclosed his illness during a press conference Wednesday over Zoom. He said that he had been tested the day before and that he has been getting tested periodically.

Stitt said he's self-quarantining away from his family and that he will be working from home from now.

The governor attended President Trump's rally in Tulsa, held indoors on June 20. Tulsa's health director said that large gatherings including the rally "likely contributed" to the surge in new cases plaguing the state.

"It wasn't that," Frye said. "As far as where he became infected is really unknown. It could be at anytime within the last couple weeks, but it wasn't so far back as the rally."

Stitt has not made any mandate for face coverings in his state. He did not publicly encourage Oklahomans to wear masks until a press conference on June 30, according to The Oklahoman newspaper.

Oklahoma City's mayor has asked people to wear masks when indoors in public spaces and encourages businesses to require them. Tulsa's mayor is seeking an ordinance to require masks be worn in public.

NPR member station KOSU reported that Oklahoma saw its largest one-day increase of cases on Wednesday. The number of cases rose by 1,075, nearly a 5% increase in the state's total number. Four people died from COVID-19 in the previous 24 hours, bringing the state's fatality count to 432.

The state is on pace to have more infections in July than it had in total before the month began, KOSU reported.