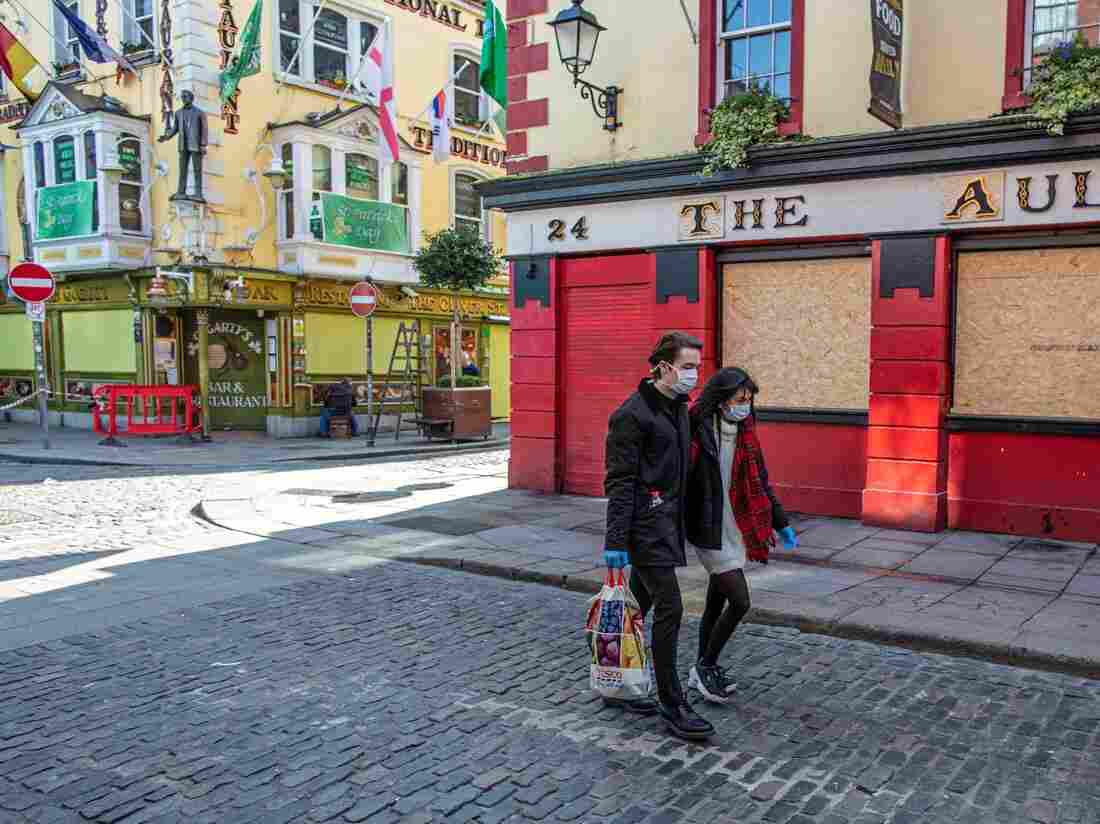 Bars, like this boarded-up pub in Dublin, closed in March. They can open their doors again in Phase Four of Ireland's reopening plan, which is newly delayed until August. Paul Faith/AFP via Getty Images hide caption 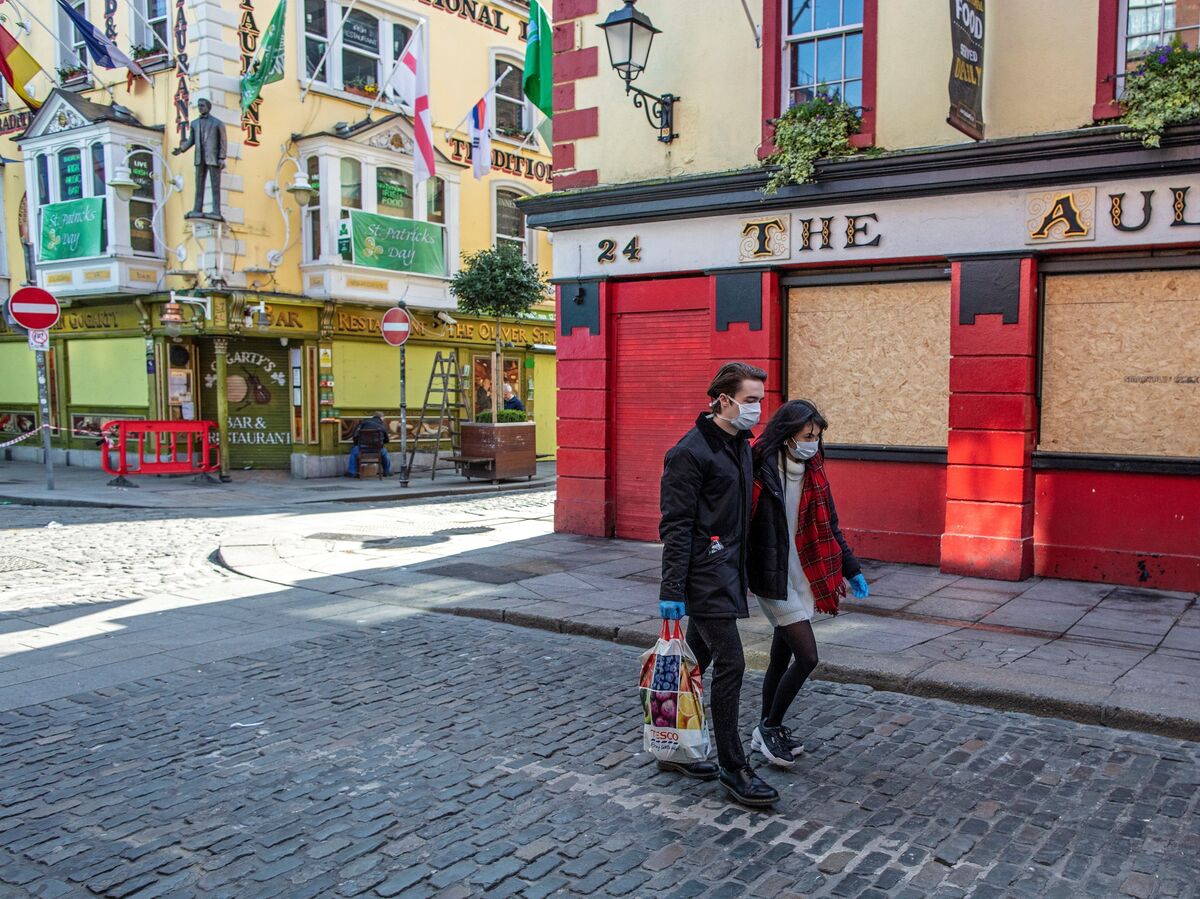 Bars, like this boarded-up pub in Dublin, closed in March. They can open their doors again in Phase Four of Ireland's reopening plan, which is newly delayed until August.

Ireland is delaying its next phase of reopening, keeping bars closed and extending other restrictions in response to a recent rise in coronavirus cases.

The country was set to enter the fourth and final phase of its incremental reopening plan on July 20. Prime Minister Micheál Martin announced Wednesday that current restrictions will remain in place until Aug. 10.

"This virus hasn't changed," he said. "It remains as indiscriminate in its cruelty as it has since it arrived. And it remains as relentless as ever in its effort to find new hosts so it can continue to spread."

Martin said the reopening timeline has been kept "under constant review" since it began in May, and cited advice from health officials concerned about an increase in COVID-19 cases over the last several weeks.

Specifically, he said the R number — the average number of people infected by a sick individual — in the country has risen above one, and that rapidly increasing case numbers globally are cause for concern.

Reproduction numbers higher than one mean that the virus will spread quickly. Health officials confirmed the R rate rise last week, and noted that 77% of all new infections were detected in people under the age of 25.

Still, case counts in Ireland are relatively low compared to other parts of the world. The country reported 14 new cases and two deaths as of midnight on Tuesday, bringing its totals to 25,683 cases and 1,748 deaths.

"The priority now must be to get that R number back below one," Martin said. "By doing so we will give ourselves the best chance possible to fully reopen our schools in late August."

Citing the risk of social gatherings, Martin said pubs, bars, nightclubs and casinos must remain closed until August. Pubs and bars that serve food and are currently operating can remain open, provided they comply with public health guidance.

Additionally, face coverings must be worn by customers shopping at stores across the country. Retail employees are also required to wear face coverings, unless they are separated from members of the public by a partition or by a distance of two meters.

Martin said the government is now recommending that social visits to peoples' homes be limited to no more than 10 people from a maximum of four other households.

The government is continuing to advise against nonessential overseas travel, he added.

Martin encouraged people to view the delay as a protection of the country's progress and a step towards furthering it, particularly in the sectors of health care and education.