Accessibility links
Retail Sales Up 7.5% In June, But Renewed Shutdowns May Stall Rebound : Coronavirus Live Updates U.S. stores and restaurants got a boost in June as retail sales jumped 7.5%. Spending on clothes doubled. But this was before a new surge in the coronavirus prompted renewed shutdowns in some states. 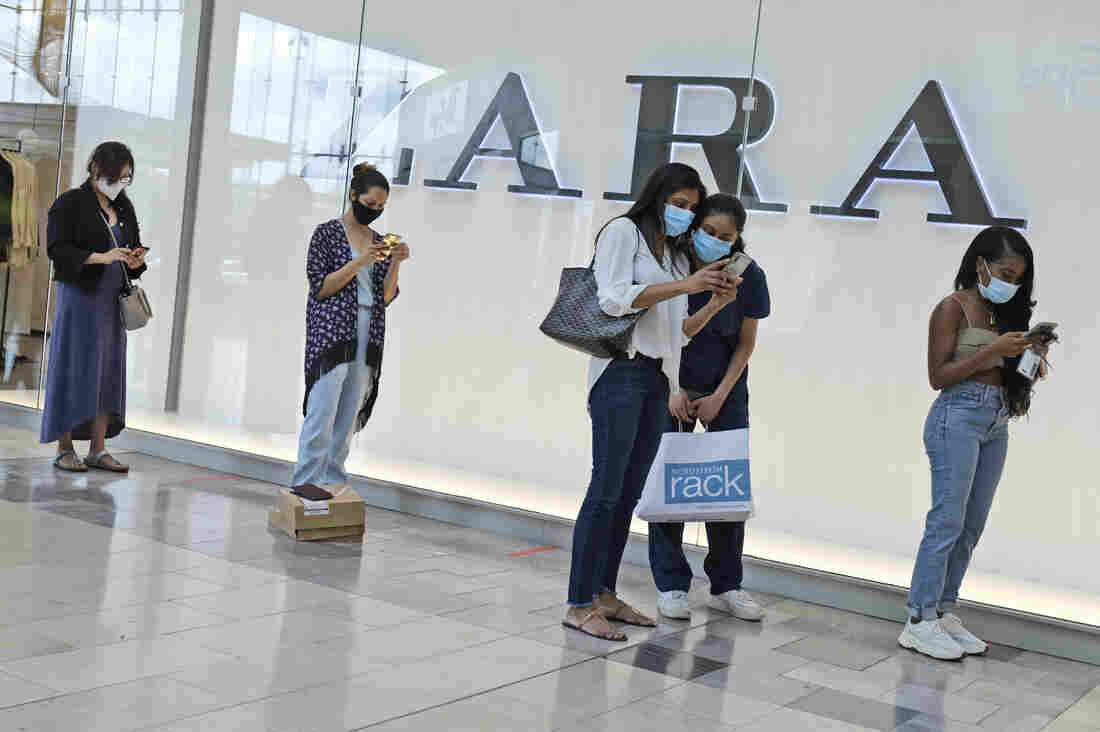 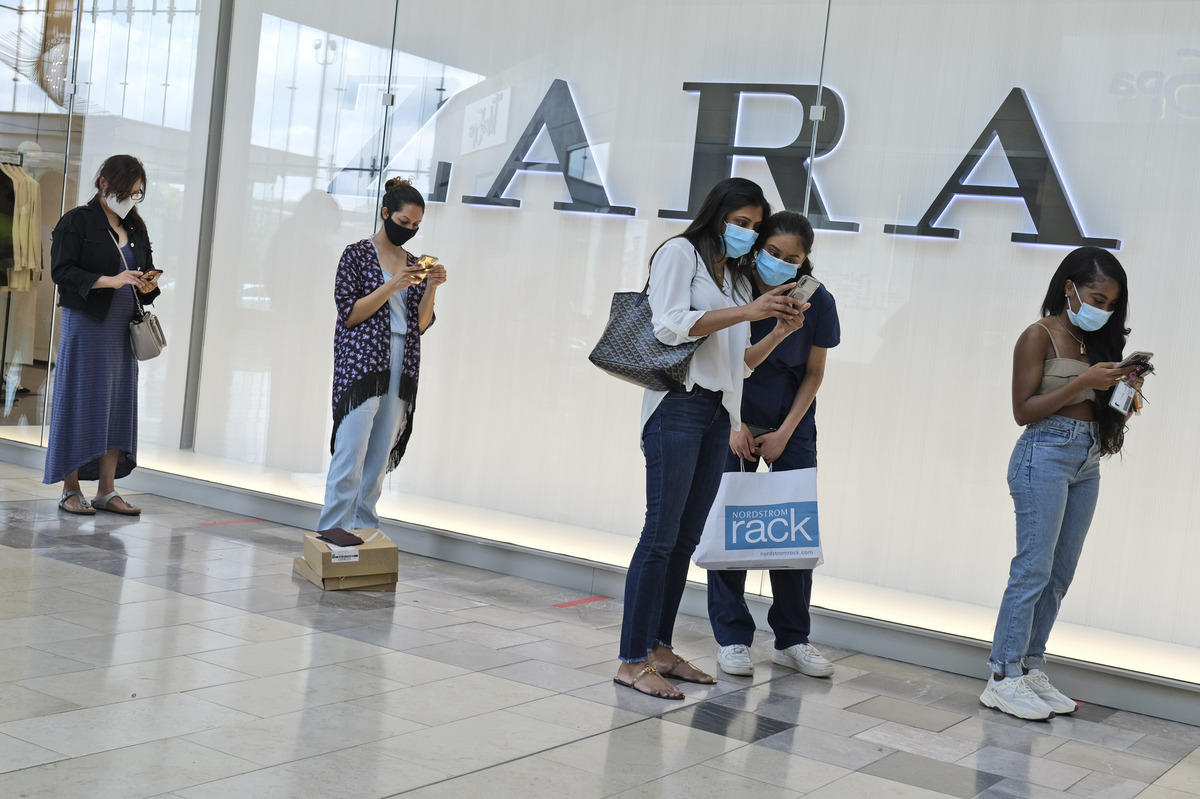 Customers wait in line to enter a Zara store inside the newly reopened Garden State Plaza mall in Paramus, N.J., on June 29.

Retail sales jumped 7.5% in June, giving stores and restaurants a boost, and spending on clothing doubled. But that came before a new surge in coronavirus cases prompted renewed shutdowns in several states.

Last month, spending ticked up 1.1% from a year earlier — the first annual increase since the pandemic began to hammer the economy, the Commerce Department said Thursday.

Retail sales crashed in a historic plunge this spring as people stopped going out to eat and shop — especially for clothes — during the pandemic. May saw the first big bounceback of 18.2% across all types of stores and establishments, as states and cities allowed more businesses to open their doors in hopes that the worst of the crisis was over.

Here's where people were spending in June, compared with a month earlier:

Still, the economic recovery is being hampered as the coronavirus keeps spreading across the nation. The country set a new daily record of reported cases on June 26, surpassing the previous worst day in April. A number of states have walked back their reopening plans by, for example, restricting social gatherings or even reclosing stores, restaurants and bars.

This has led to another wave of layoffs and furloughs as the unemployment rate remains in double digits. Many households have already allocated their one-time $1,200 government relief checks. And the padded unemployment benefits, which helped boost spending in May and June, are expiring this month.

Companies "continue to report declines in demand," suggesting that "the rate of businesses reopening may be faster than the rate of customers coming back to stores," the Federal Reserve Bank of St. Louis said in a recent report. Businesses also cited the lack of customers as the biggest factor restricting their ability to return to pre-pandemic levels.