Accessibility links
Indonesia Stumbles As Coronavirus Cases Surge : Coronavirus Live Updates The archipelago nation has been hit by the virus far more than any other country in Southeast Asia. Epidemiologists cite government failures. 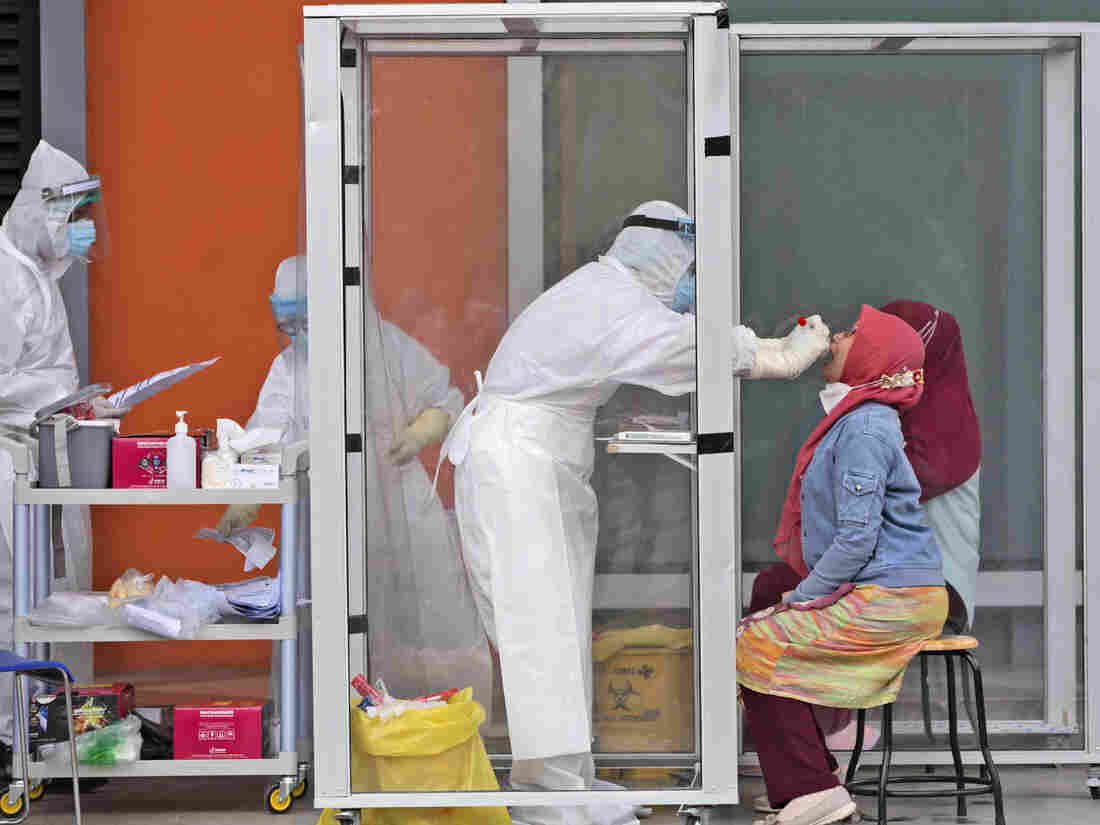 A medical worker collects nasal swab samples this week during a mass test for the coronavirus at North Sumatra University in Medan, Indonesia. The mass test was held after the rector of the university, one of his deputies and a member of the board of trustees tested positive for COVID-19. Binsar Bakkara/AP hide caption 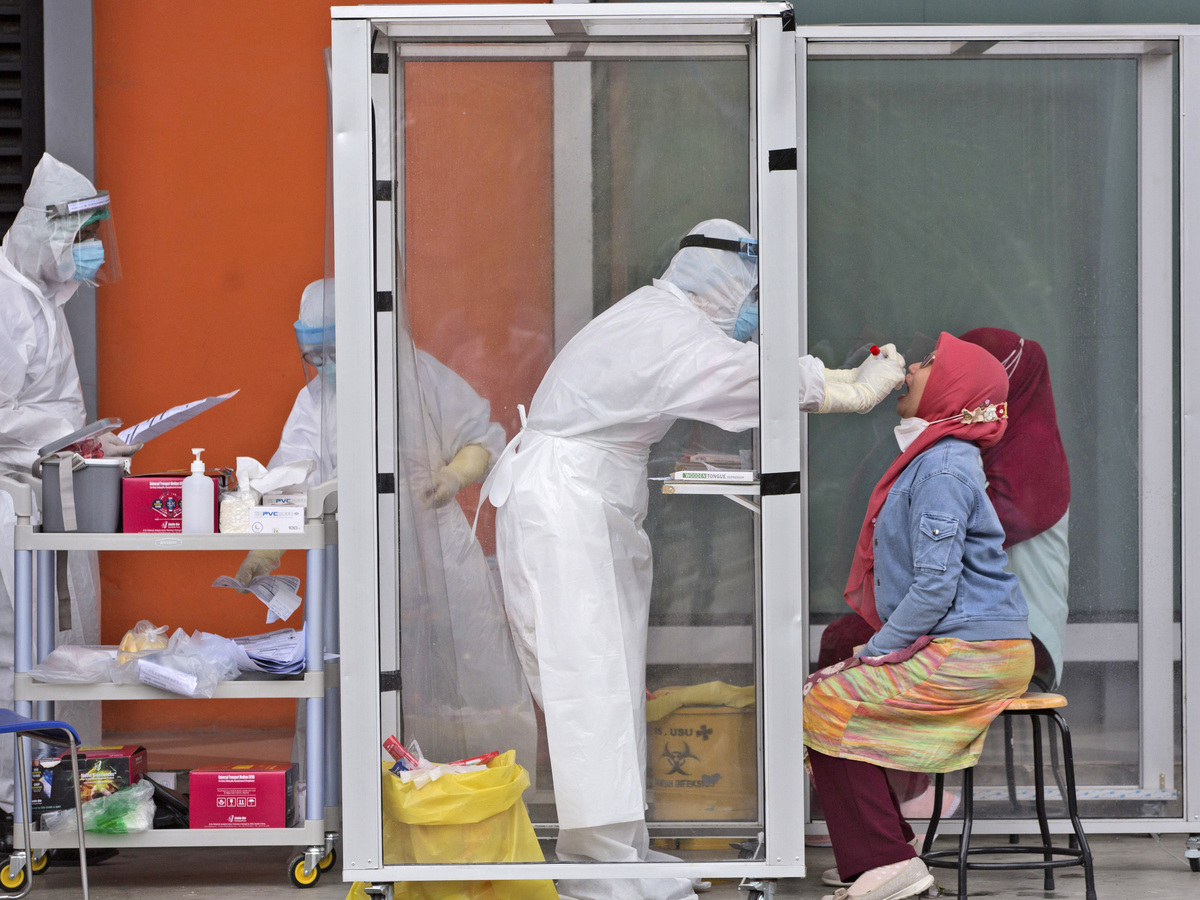 A medical worker collects nasal swab samples this week during a mass test for the coronavirus at North Sumatra University in Medan, Indonesia. The mass test was held after the rector of the university, one of his deputies and a member of the board of trustees tested positive for COVID-19.

Lack of testing, mixed messages from the government and a rush to reopen.

No, not the U.S., but Indonesia, which has been hit far worse by the coronavirus than any country in Southeast Asia — more than 80,000 confirmed cases with over 3,200 dead, as of Thursday.

Epidemiologists say it didn't have to be this way.

"We have a lot of big, missed opportunities," says Pandu Riono at the University of Indonesia. "If you want to protect the people, do something seriously and do something right."

Indonesia's central government, he says, hasn't done much of either.

As the coronavirus started sweeping the world in February, Indonesia's health minister stubbornly insisted that the country was virus-free and that prayer was keeping it away. Indonesia continued to welcome thousands of visitors from China, the center of the pandemic.

"The central government for the most part was fairly slow in deciding what to do," says Panji Fortuna Hadisomemarto of Pajadjaran University in Bandung, West Java. "I guess one of the explanations was there was a big pull and push between [the] economy and controlling the disease."

Unlike other Southeast Asian nations that have successfully contained the virus — Vietnam and Thailand, for example — Indonesia has had no nationwide lockdown, with local governments left largely to fend for themselves. Partial lockdowns in the capital, Jakarta, and other cities started late, in April, and ended early, in June. Too early, many scientists say.

"I don't think Indonesia has the means to stop the disease now," says Panji. "You know, people have talked about the second wave. I think we haven't even seen the peak of the first one."

Epidemiologists also point to a lack of testing and a proliferation of bad information. For example, Indonesia's agriculture minister said earlier this month that his team had developed a eucalyptus necklace that helps ward off the virus, a claim rejected by health experts. There's also the fear of stigmatization or of losing one's job for those who test positive — leading some Indonesians to avoid testing at all costs.

The most recent modeling done by the University of Indonesia's Riono suggests Indonesia's infection rate will keep rising through October or November. By then, Riono says, Indonesia could have as many as 4,000 new cases per day, more than double current daily totals.

Mohammad Habib Abiyan Dzakwan of the disaster management research unit at the Center for Strategic and International Studies in Jakarta says the government should be working harder to get people to take the virus seriously instead of suggesting things are getting better.

"I think the government now tries to defend the increasing cases by saying, 'OK, this is due to more testing being carried out,' and that is somehow worrying," Dzakwan tells NPR.

Epidemiologist Pandu believes the government needs to impose and enforce what he calls the "Three Ms" — Masker, Menjaga jarak and Mencuci tangan—wearing a mask, social distancing and washing hands — if it has any hope of flattening the curve.

"My scenario is based on the assumption that the government will do something more after they get up to 4,000," he says. "If they don't do anything, then there will be more [cases]."