Accessibility links
Arizona Clinic Grapples With High Demand For COVID-19 Tests : Coronavirus Live Updates Coronavirus testing in the U.S. has not kept up with demand. NPR's Noel King talks to Raymond Embry, who runs one of the largest coronavirus testing sites in Arizona, about why that is. 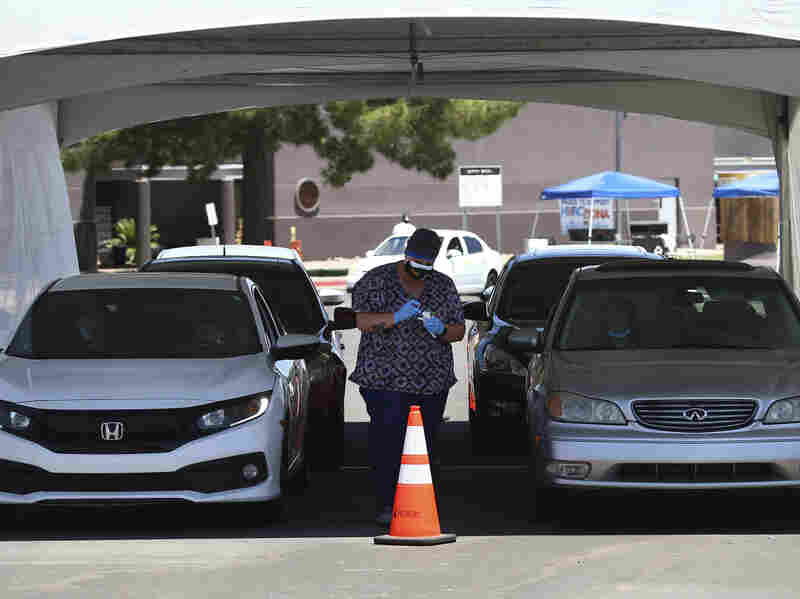 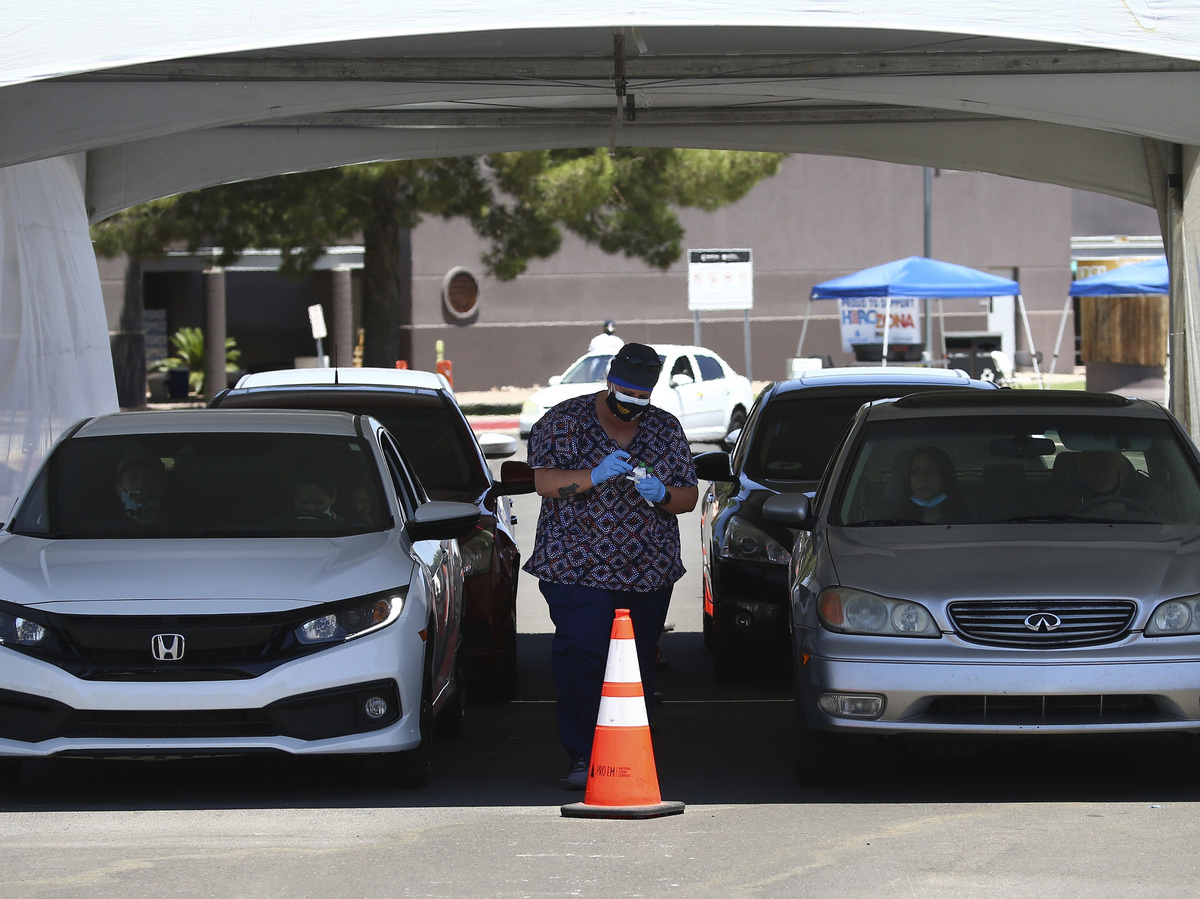 People get tested at a drive-through coronavirus testing site at South Mountain Community College on, July 9 in Phoenix.

As COVID-19 cases approach 3.5 million infections and exceed 137,000 deaths in the U.S., according to Johns Hopkins University, hospitals in Arizona, currently a hotspot, are filling up.

There have been more than 134,000 positive cases of coronavirus in the state, adult ICU beds are at 90% capacity and Maricopa County, which has the most positive COVID-19 cases in the state, ordered multiple refrigerated trucks as morgues have begun to fill up. The key to stopping the virus is rapid, wide-spread testing, but testing hasn't kept up in Arizona.

State health officials say they're setting up sites that will be able to test 5,000 people a day in an attempt to slow the spread of the virus. They're promising people will get their results in 48 hours.

Raymond Embry, who runs one of the largest coronavirus testing sites in Arizona, told NPR's Morning Edition that while the additional testing is necessary, he was surprised when he found out about the plan. He says he's received little support from the state since his clinic started testing in March.

"Where are all those materials coming from? Because I've been told absolutely, unequivocally that there is no additional personal protective equipment or supplies available at the state or county level so where is it coming from?" he said.

I'm not going to travel in July. Sorry, obviously I was horrified, but before that I thought our COVID-19 testing operation was going to be put out of business. And that would have been a good thing, this probably would have been the first time that a business closure would have been a good thing. That means that we were no longer needed. And when I saw that it really, it was, 'Oh my God. Nobody is prepared for this. There's no way that we're going to stop testing for COVID-19. There's no way that drive-through pharmacies are going to be enough to be able to test like we need to. And we need to take immediate action to figure out where we can start testing people en masse.

The lab results aren't turned around quickly. That's one of the things that keeps me up at night. Sometimes I ask myself ... what's the point of testing people if it takes 7 business days for results to come back, especially for asymptomatic individuals. Nobody is just sitting at home so how many other people have they interacted with and now they found out that they're positive? That actually brings up another part of our operation, which is there's not enough swabs and vials. I think I had a mini-anxiety attack last night because on Monday we exceeded 4,000 patients being tested in a single day yet I only have enough inventory coming in of swabs and vials on a daily basis and thankfully we've had our reserves that are quickly being depleted. After today, I really don't know where our swabs and vials are going to come from.

Bo Hamby and Dalia Mortada produced and edited the audio version of this story.