Accessibility links
U.S. Says Russian Hackers Are Trying To Steal Coronavirus Vaccine Research : Coronavirus Live Updates The National Security Agency, as well as its counterparts in Britain and Canada, say they're seeing persistent attempts to hack into organizations working on a potential vaccine. 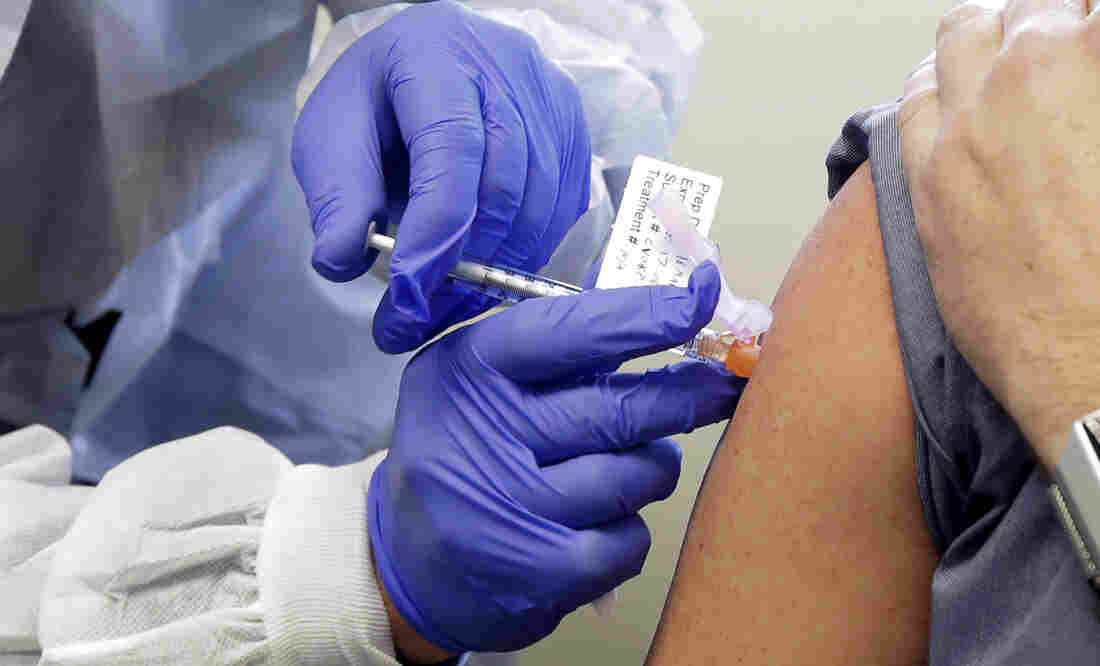 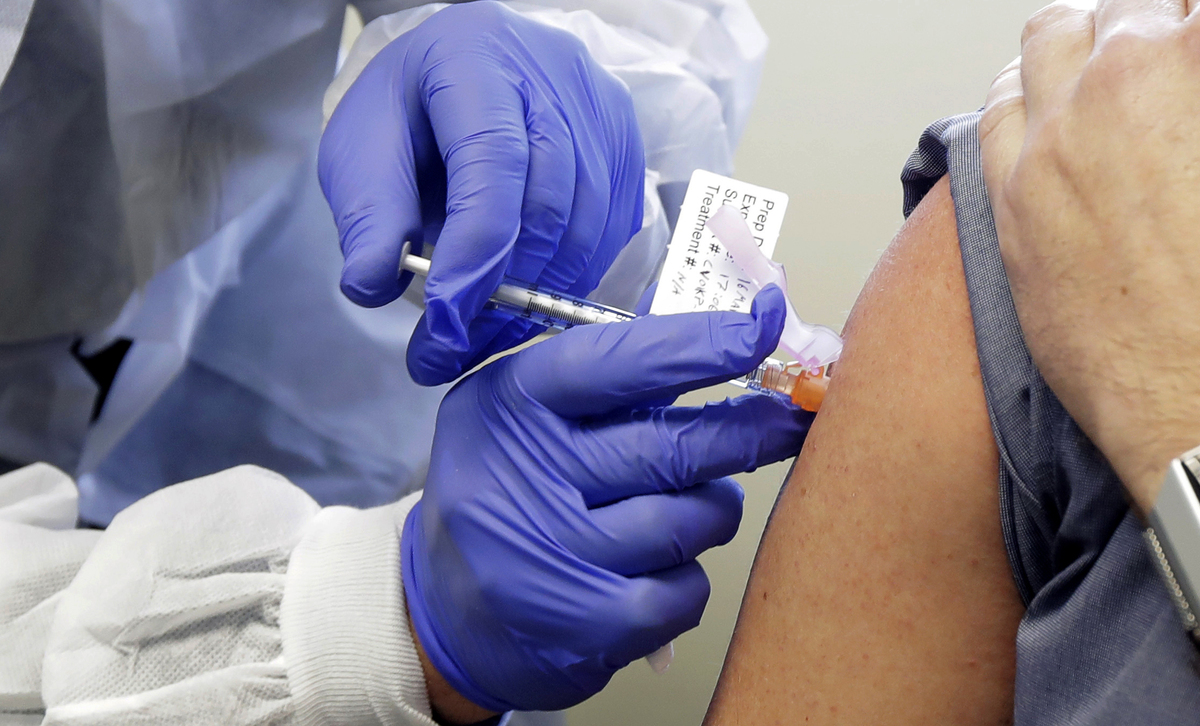 A volunteer receives a shot in a clinical trial for a potential coronavirus vaccine. U.S. intelligence officials say Russian hackers are attempting to break into U.S. health care organizations working on a vaccine.

The National Security Agency, as well as its counterparts in Britain and Canada, all said Thursday that they're seeing persistent attempts by Russian hackers to break into organizations working on a potential coronavirus vaccine.

That group has been linked to Russian intelligence and was blamed for hacking Democratic Party emails in the 2016 U.S. presidential election.

"APT29 has a long history of targeting governmental, diplomatic, think-tank, health care and energy organizations for intelligence gain so we encourage everyone to take this threat seriously," said Anne Neuberger, the NSA's cybersecurity director.

U.S. Officials: Beware Of China And Others Trying To Steal COVID-19 Research

"We can say one thing — Russia has nothing at all to do with these attempts," Dmitry Peskov, a spokesman for Russian President Vladimir Putin, was quoted as saying by the state-run Tass news agency.

The Western intelligence agencies did not name any of the organizations being targeted. In addition, there was no word on whether the hackers had obtained any information, or what they might do with any such information.

But for several months now, the U.S. and others have been warning health care organizations to safeguard all sensitive information related to a potential vaccine.

"We are imploring all those research facilities and hospitals and pharmaceutical companies that are doing really great research to do everything in their power to protect it," Bill Evanina, the director of the National Counterintelligence and Security Center, told NPR in May.

Prior to Thursday's announcement, U.S. officials had already been warning about China, which has has a long track record of stealing Western intellectual property.

"We have the full expectation that China will do everything in their power to obtain any viable research that we are conducting here in the U.S.," Evanina said back in May. "That will be in line with their capabilities and intent the last decade plus, and we are expecting them to continue to do so."