Accessibility links
Most California Schools Unlikely To Open In Fall Under New State Rules : Coronavirus Live Updates In a new order, Gov. Gavin Newsom outlined how and when school districts could reopen for in-person learning. Currently, more than 30 of the state's counties do not meet the criteria. 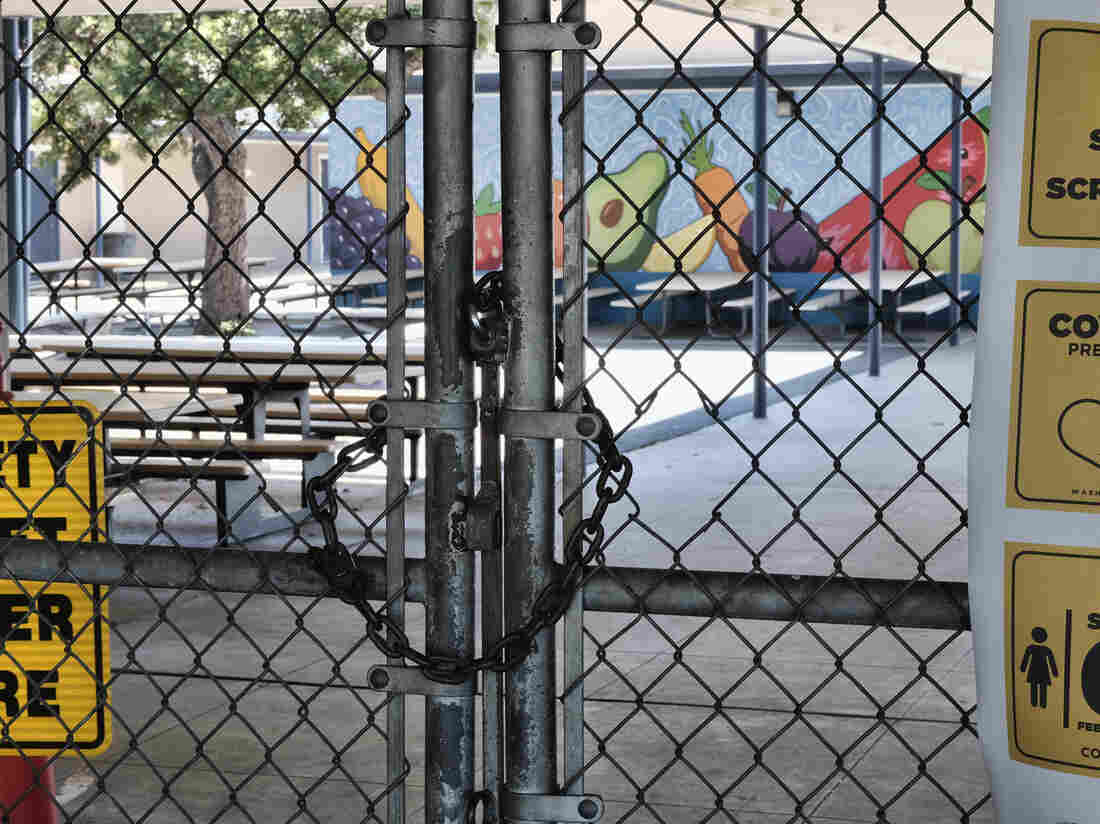 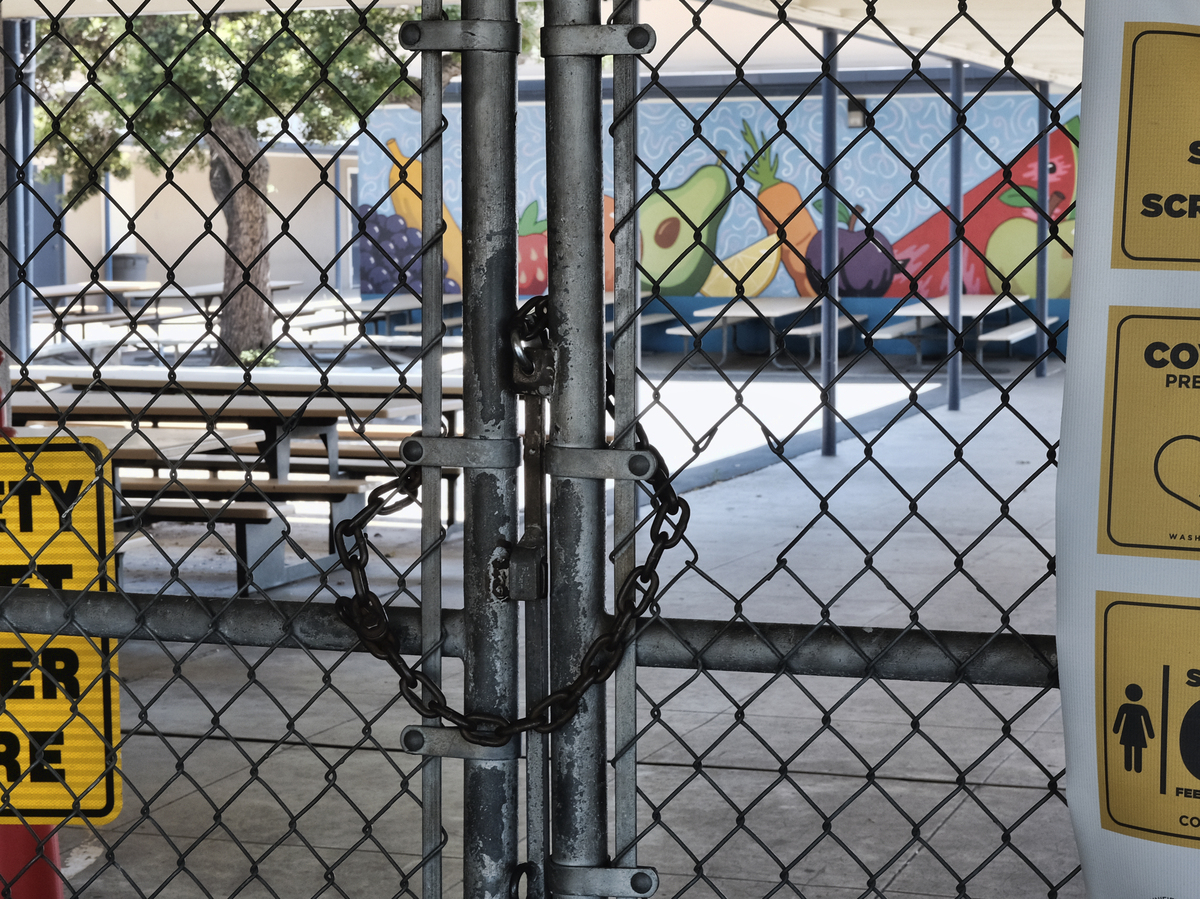 Most California schools may remain closed when the academic year begins in the fall, according to new state directives, with a majority of campuses likely having to shift to distance-learning instead.

The new requirements stipulate how and when schools may reopen for in-person learning when the academic school year begin. These rules mandate social distancing and health screenings for anyone entering a school. Staff and students in grades 3-12 would be required to wear masks, with younger students being encouraged to do so.

Under the new rules, a county must also not be on a list of counties being monitored for rising coronavirus infections. Thirty-two of the states 58 counties currently don't hit that benchmark. To open schools for in-person instruction, those counties would have to be off that list for 14 consecutive days, according to the directives.

Newsom said schools that couldn't reopen would have shift to distance-learning programs.

"Learning is non-negotiable," said Newsom in a statement. "Students, staff, and parents all prefer in-classroom instruction, but only if it can be done safely."

Schools and districts that reopened would also have to shut down if infections breached a certain threshold over a 14-day period – 5% for schools, 25% for districts.

The directives are on the heels of announcements that some of the state's largest districts had already decided to enter the academic year with no in-person classes. Los Angeles, San Diego and San Francisco all recently said they planned online-only learning when students returned.

To accommodate the shift to online learning the state has earmarked $5.3 billion to "support learning, and set requirements to ensure schools provide rigorous and grade-appropriate instruction."