Accessibility links
Florida Sets Yet Another Coronavirus Record: 173 Deaths In A Day : Coronavirus Live Updates The coronavirus has gripped Florida with a surging caseload. Now the state has set a single-day record of deaths with 173. State officials are reminding people to wear masks and socially distance.

Florida Sets Yet Another Coronavirus Record: 173 Deaths In A Day

Florida Sets Yet Another Coronavirus Record: 173 Deaths In A Day 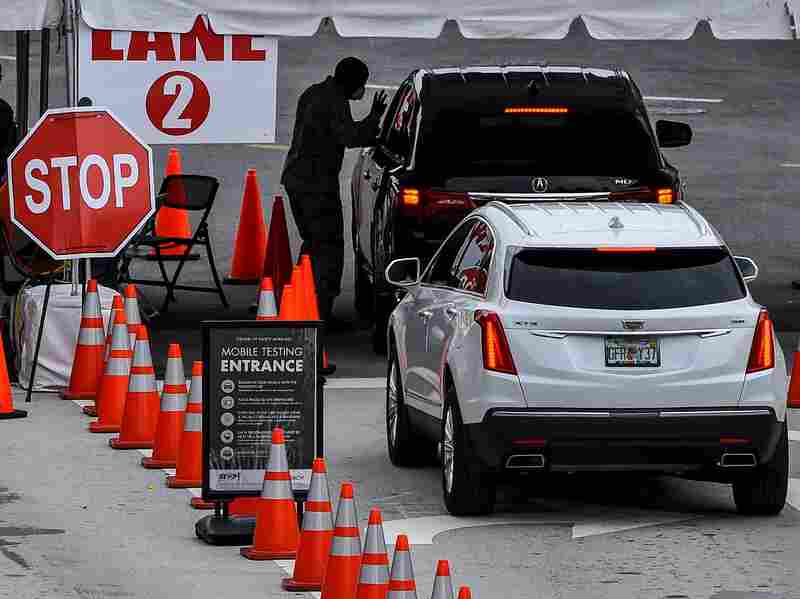 People wait for a COVID-19 test Wednesday at a walk-in and drive-through coronavirus testing site in Miami Beach, Fla. Miami-Dade County is the epicenter of the pandemic in Florida. Chandan Khanna/AFP via Getty Images hide caption 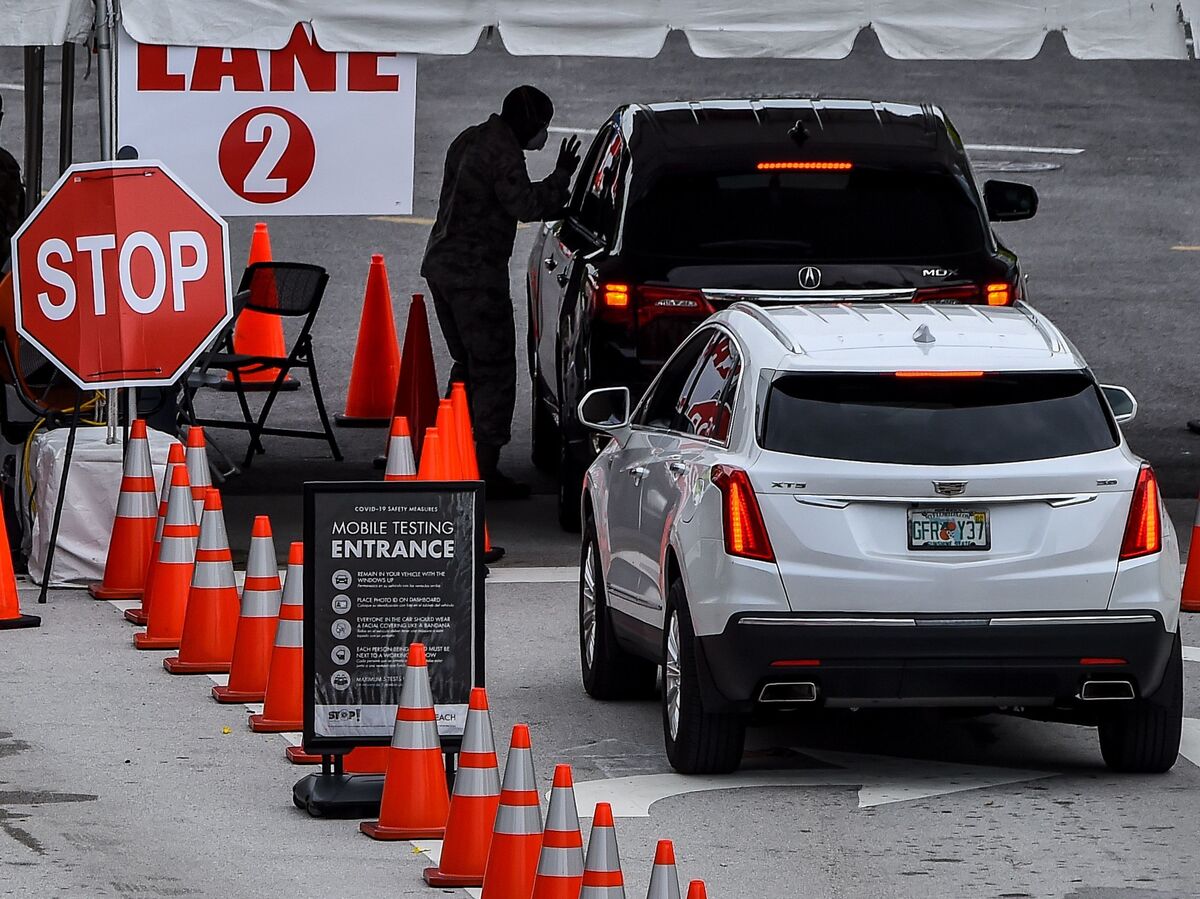 People wait for a COVID-19 test Wednesday at a walk-in and drive-through coronavirus testing site in Miami Beach, Fla. Miami-Dade County is the epicenter of the pandemic in Florida.

Florida reported its largest number of deaths in a single day from the coronavirus: 173 on Thursday. The state says 10,249 people tested positive for the virus.

Florida is behind only California and New York in total cases. Other states, including Texas and California, also posted record deaths this week as the nation's total number of COVID-19 cases topped 4 million.

Florida Gov. Ron DeSantis met with hospital leaders and administrators Thursday at Holmes Regional Medical Center in Melbourne. He said hospitals are stressed statewide, but that there is adequate capacity.

"We've had between 20[%] and 25% of our beds available pretty consistently over the last month and a half, even as we've seen the census for COVID patients increase," DeSantis said.

Despite the record number of deaths Thursday, DeSantis stood by earlier statements that he sees signs that coronavirus cases are plateauing in Florida. "People are not coming to the ED [emergency department] in as big a numbers as they were two weeks ago," he said. "The last few days have been less than half than what it was the first week of July. That is a positive trend."

The epicenter for the pandemic in Florida is in Miami-Dade County, where 2,720 new cases were reported Thursday with a positivity rate near 20%.

But in the city of Miami, Mayor Francis Suarez said orders limiting gatherings and requiring face coverings are working and cases are beginning to decline. "The curve is flattening," he said.

Suarez said much of the spread now is happening among families who live in multigenerational households. He's asking people, especially those who work outside the home, to consider wearing face masks and to stay socially distant at home, to avoid infecting others in the family.