Accessibility links
Just Days Into Season, MLB Postpones 2 Games Due To Coronavirus Concerns : Coronavirus Live Updates A Marlins-Orioles matchup and a Phillies-Yankees game have both been postponed while the league carries out additional testing. The league's heavily modified 2020 season started last week. 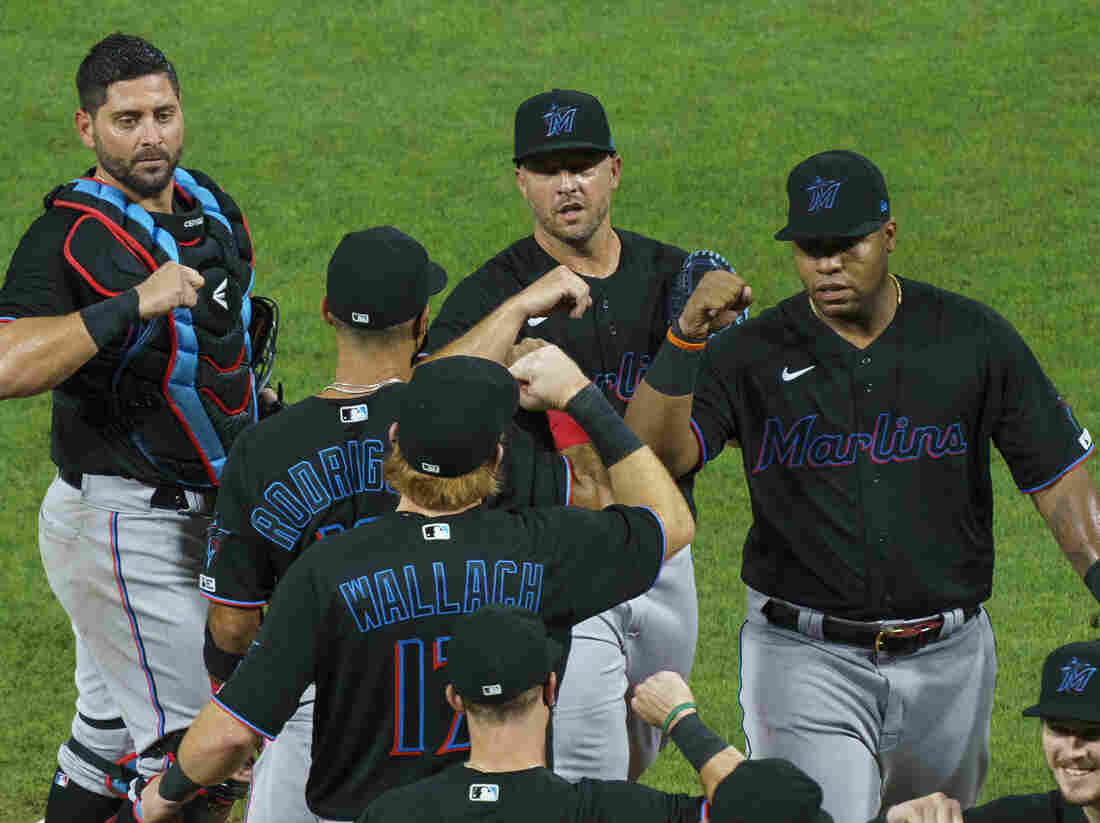 Members of the Miami Marlins celebrate a 5-2 win Friday against the Philadelphia Phillies. The Marlins' home opener Monday against the Baltimore Orioles has been postponed. Chris Szagola/AP hide caption 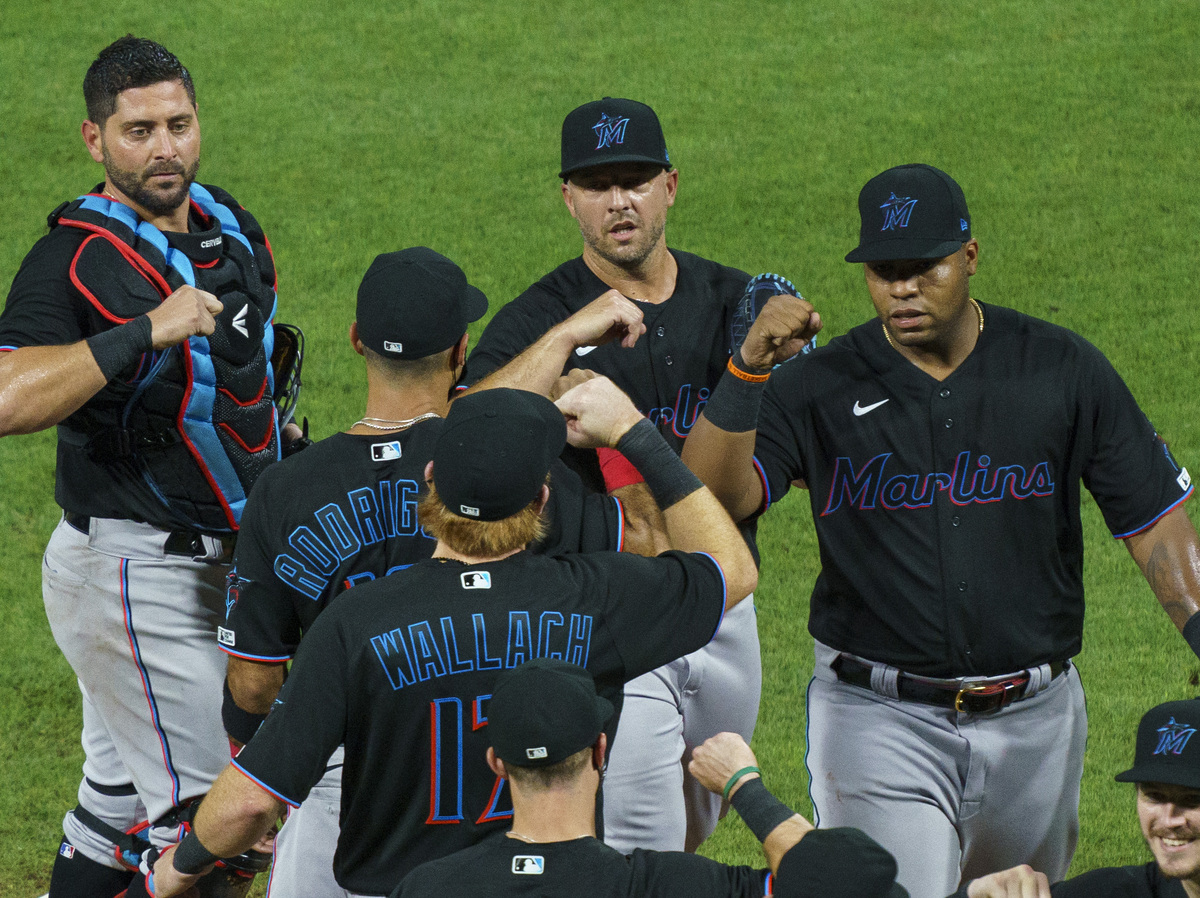 Members of the Miami Marlins celebrate a 5-2 win Friday against the Philadelphia Phillies. The Marlins' home opener Monday against the Baltimore Orioles has been postponed.

The Miami Marlins were scheduled to play their home opener against the Baltimore Orioles. The Marlins played their first three games of the season against the Philadelphia Phillies. A Phillies game against the New York Yankees in Philadelphia also has been postponed.

At least eight players and two coaches from the Marlins have tested positive for the coronavirus, according to ESPN. Some of the positive results were known before Sunday's game at Citizens Bank Park in Philadelphia, according to other reports.

"It's fair to say guys are concerned about things," Marlins manager Don Mattingly told The Associated Press. "I think it's fair. We're talking about health."

The MLB said Marlins players and staff will stay in Pennsylvania and self-quarantine while the league conducts additional coronavirus testing.

"After a successful Spring 2.0, we have now experienced challenges once we went on the road and left Miami," Marlins CEO Derek Jeter said in a written statement. "Postponing tonight's home opener was the correct decision to ensure we take a collective pause and try to properly grasp the totality of this situation."

No new dates have been announced for either game. Ten other MLB games are still scheduled for Monday.

The decision comes just days after the first pitch of the MLB's heavily modified 2020 season, which was shortened to 60 games from 162.

Even before the regular season started, it was clear COVID-19 would have an impact on the league as players and staff across the country tested positive for the coronavirus. Last month, the league closed all of its spring training facilities for intensive cleaning after a flurry of positive tests.

The beginning of the regular season also marked an increase in risk for teams as they begin to travel for games, as NPR's Tom Goldman has reported. The Toronto Blue Jays will play most of their home games across the border in Buffalo, N.Y., after the Canadian government deemed it too risky to have players and staff crossing back and forth from the United States.

The league has said that as of Thursday, 84 players and 15 staff members have tested positive in the last month.

Meanwhile, other major league sports are also doing mass testing as they try to gear up for their own seasons. Many pro football players will be reporting to NFL training camps Tuesday. And as NFL.com reported, "Players can't even enter their team's building before passing three COVID-19 tests that are administered within a four-day period."

On Monday, the National Hockey League announced that more than 800 players were tested for the coronavirus from July 18 through Saturday, and none of the results came back positive.