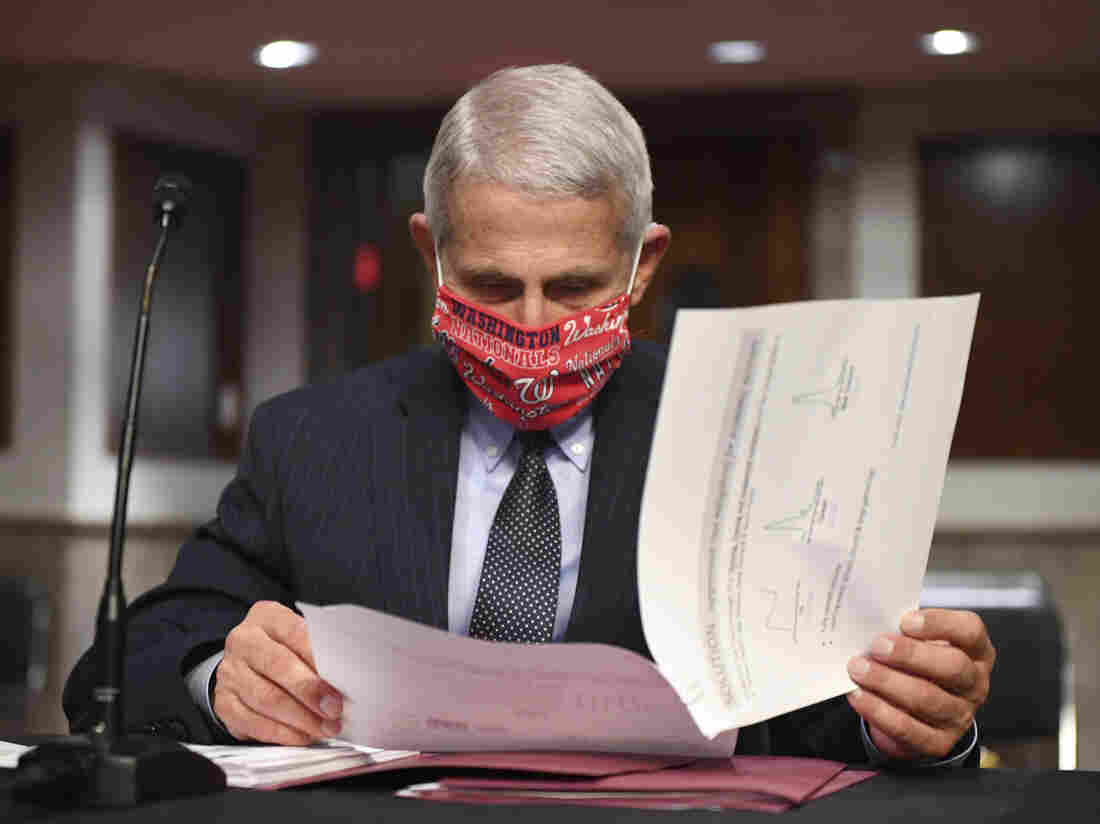 Dr. Anthony Fauci, director of the National Institute for Allergy and Infectious Diseases, prepares to testify before a Senate panel in June. Coronavirus cases could be on the rise in the Midwest, Fauci said Tuesday. Kevin Dietsch/AP hide caption 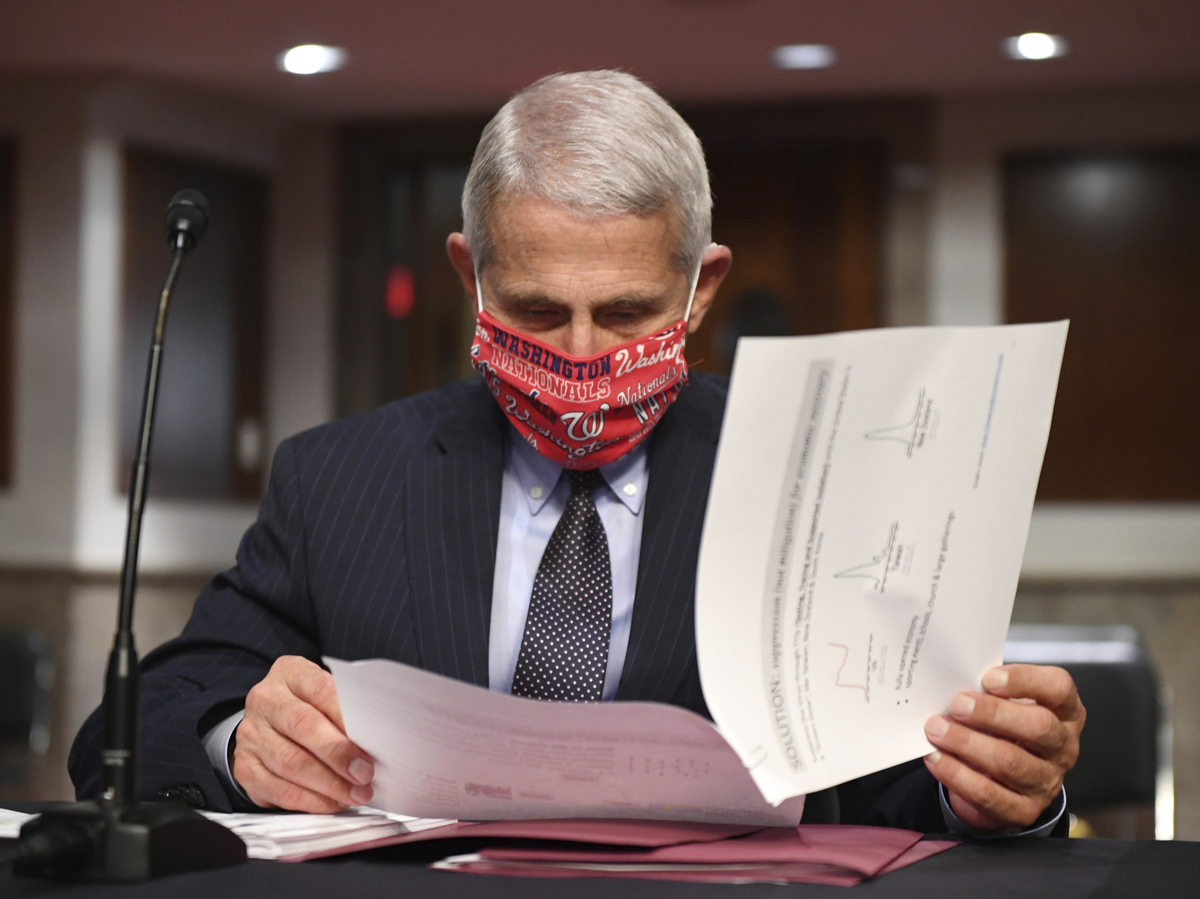 Dr. Anthony Fauci, director of the National Institute for Allergy and Infectious Diseases, prepares to testify before a Senate panel in June. Coronavirus cases could be on the rise in the Midwest, Fauci said Tuesday.

The Midwest could be the next area to see a big surge in coronavirus cases, the top U.S. infectious disease specialist warned Tuesday. But there's still time to stop the upswing, he said, if states follow the national guidelines on reopening safely.

While the Southern United States has been seeing the fastest rise in cases, that now appears to be on the downswing, Fauci told George Stephanopoulos on ABC's Good Morning America.

Fauci's concern is that states including Ohio, Indiana and Kentucky are showing signs of impending danger.

Based on the number of positive coronavirus tests in those states, they "are starting to have that very early indication" of a surge, he said. "That's a surefire sign that you've got to be really careful."

Farther south, Fauci noted, Tennessee is also at risk. The state is seeing one of the fastest per-capita increases in COVID-19 cases, with an average of 2,391 cases per day — up about 26% from the average two weeks ago. The numbers in Ohio, Indiana and Kentucky aren't as dire, but that could quickly change, Fauci warned.

Fauci reiterated the health suggestions he's been making for months, including the importance of hand-washing, wearing masks and keeping social distance. He also said states should continue to follow the guidelines laid out by the federal government in the spring, in which states open up the economy in stages, only after infections are down and show no signs of rebound.

If states follow that national strategy, "I think we can prevent the surges we've seen in other states," Fauci said. "Because we just can't afford, yet again, another surge."

On Monday, Tennessee's Republican Gov. Bill Lee said he wouldn't close bars or limit indoor dining options, despite a warning from White House coronavirus response coordinator Dr. Deborah Birx that Tennessee could be on the brink of a major uptick in new cases.

"Tennessee is at that inflection point," Birx said Monday at a press conference with Lee. "The virus is there. You may not see it today because it may still be in young people. But it's spreading."

Lee said he appreciated a recommendation by Birx to close bars and public dining but said the state wouldn't be following it. "We are not going to close the economy back down," he said.

But sticking to the national guidelines works, Fauci said.

"Some states are not doing that," he said. "We would hope that they all now rethink what happens when you don't adhere to that. We've seen it in plain sight in the Southern states that surged. So we've got to get back to a very prudent advance from one stage to another."

Fauci also responded to recent retweets by the president of claims accusing him of misleading the public.

"I don't know how to address that," Fauci said. "I'm just going to certainly continue doing my job. I don't tweet. I don't even read them. So I don't really want to go there."

"This is what I do," Fauci added. "This is what I've been trained for my entire professional life, and I'll continue to do it. I have not been misleading the American public under any circumstances."