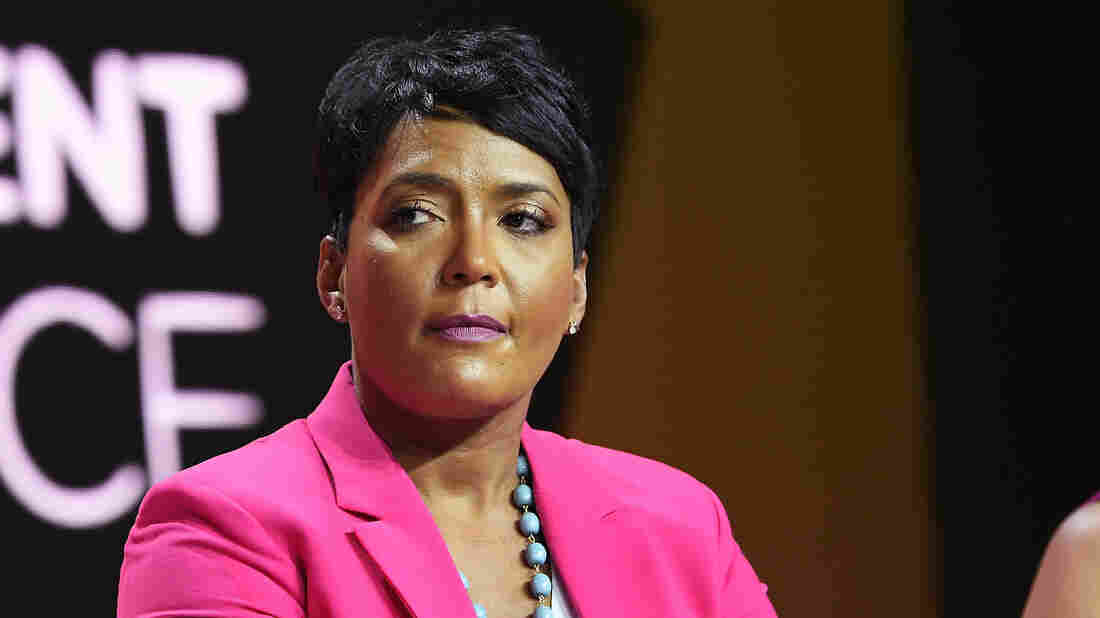 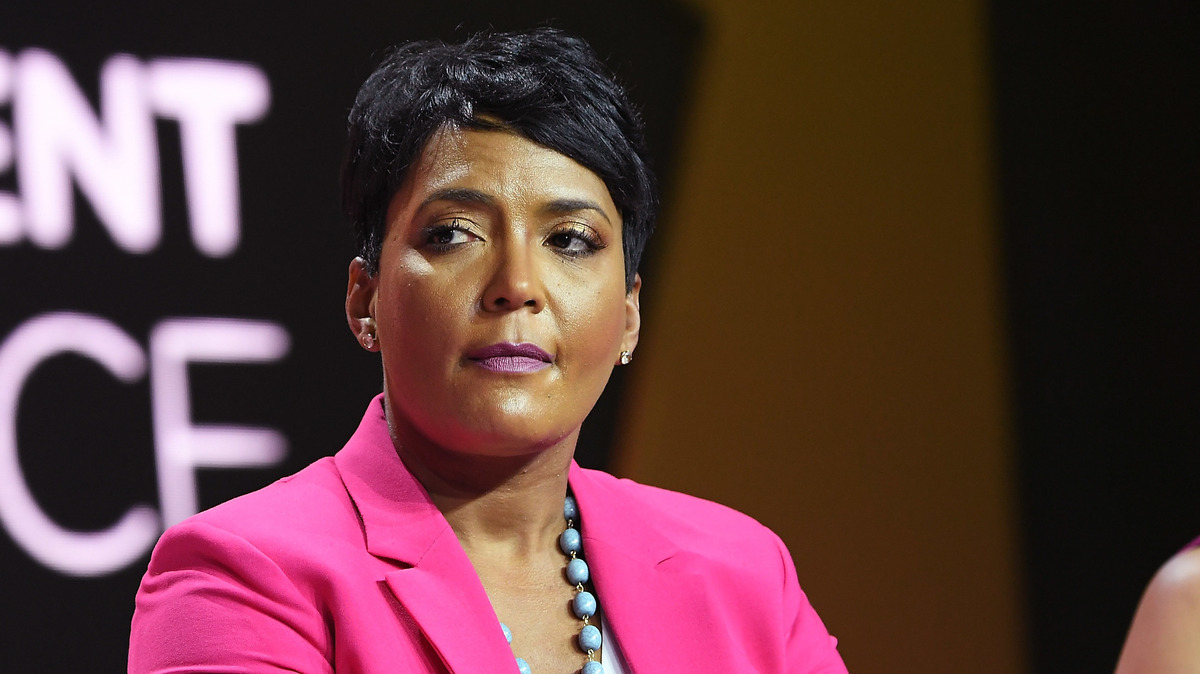 Bottoms issued an executive order on July 8 requiring people to wear masks in Atlanta. Kemp sued, saying her policy violates his executive order, which strongly encourages mask wearing but does not require it. Kemp said counties and municipalities could not make their own rules that were either more or less restrictive than his statewide rules.

The two sides have been negotiating to settle the case. A court hearing scheduled for Tuesday was canceled to continue talks.

"We'll see" if a negotiated solution is possible, Bottoms told NPR's Ari Shapiro. "The most important thing is that we continue to keep at the forefront of every decision that we make the health and safety of the people who call Atlanta home. And what we know from our health professionals is that wearing masks goes a very, very long way in helping to stop the spread of COVID-19."

Bottoms talked with All Things Considered about the legal dispute and the upcoming school year. Here are excerpts:

Gov. Kemp's position is that mayors cannot implement public health policies that go beyond his executive orders. Why do you believe a mayor should be able to override a governor on an issue like this?

Well, there are many legal theories on this, amongst them including the fact that it's believed that the governor's emergency order exceeded his powers as governor. ...

At the end of the day, the governor belongs to a party that often speaks about local control and often elevates the need and desire for local municipalities to be able to make their own decisions as it relates to any number of matters, including when we entered the COVID-19 crisis and schools were making decisions on whether or not they would close; the governor deferred to local control on those decisions.

It is my belief that a mask mandate is also something that local control should rule on. The reason being, we know that our numbers are very, very high in Atlanta. ... And the only way that we are going to get to the other side of COVID-19 is to start making smart decisions about how we proceed with the health and safety of our residents. And part of that, it's very simple: wearing a mask.

Let me also ask you about plans for the new school year. One of your four children tested positive for [the coronavirus] and you and your husband did as well. How does that experience as the parent of a school-age child who had the disease affect your thinking about whether Atlanta students can safely go back to school in person?

My concern really is one that's born out of our experience because, again, we had one of our children to test positive, asymptomatic, and then my husband and I became infected a week later. This is what our teachers, our custodians, our cafeteria workers, our bus drivers and so many others will face when our children go back to school. Not to mention many of our children in Atlanta have higher than the national average rates of asthma. Asthma is very common with African American children. African American children are more likely to die from asthma than other races. And so there are a number of concerns, including our children then perhaps being asymptomatic and then going home and infecting and impacting their families. And we know in Black and brown communities, COVID-19 is more likely to be deadly. ...

As mayor, I don't control the schools, per our city charter. It's an independently elected school board along with [an] independently appointed superintendent. But that being said, we're working very closely with our new superintendent to make sure that our children have what they need so that they can be prepared for school this fall.