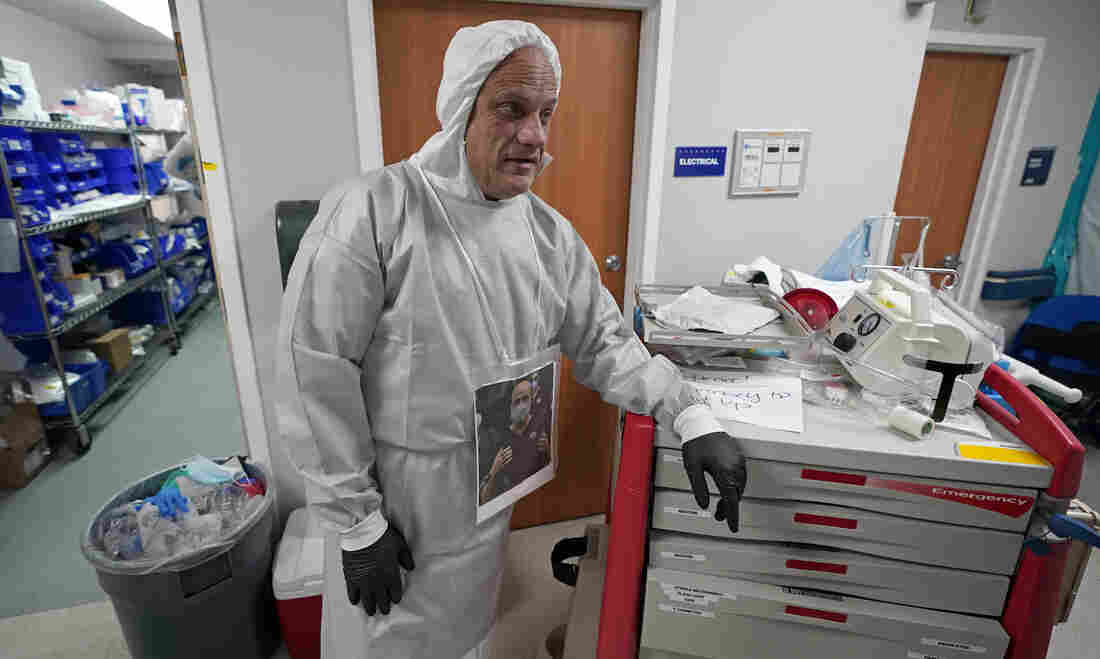 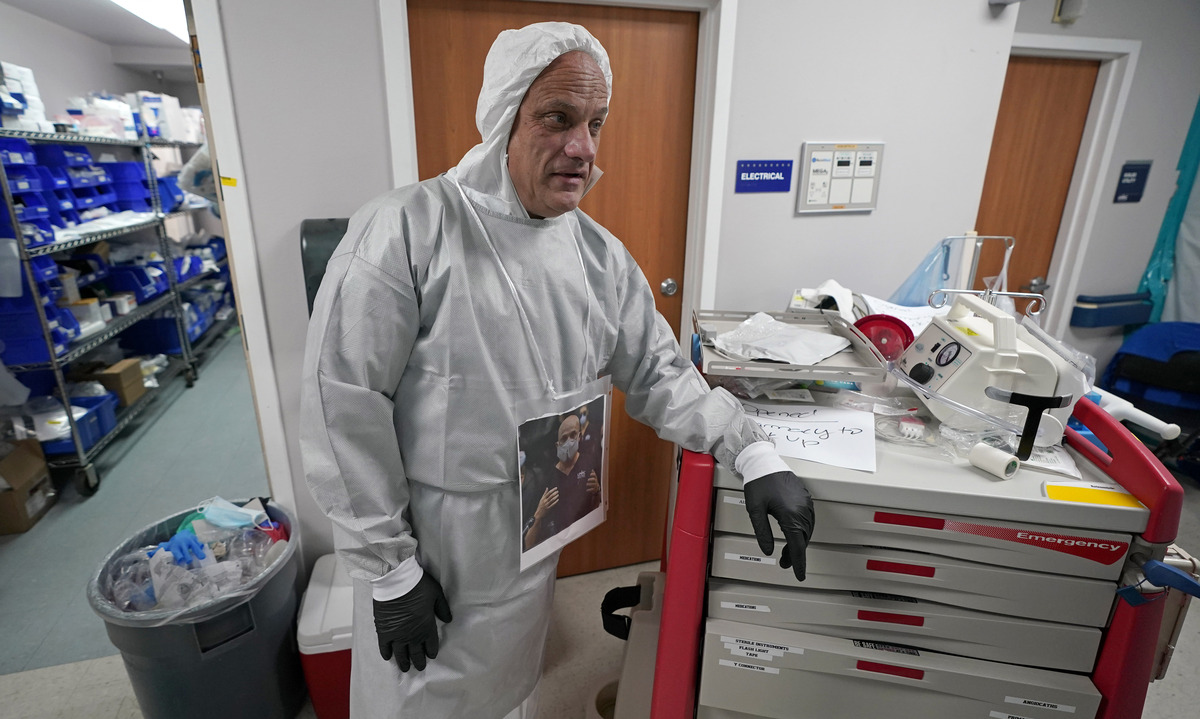 Dr. Joseph Varon leans on a medical cart inside the coronavirus unit at United Memorial Medical Center on July 6 in Houston.

"In my hospital, last week was the deadliest week I've ever had in my life."

The words of a Houston doctor treating COVID-19 patients illustrate the brutal reality facing many in the U.S. medical system now.

Dr. Joseph Varon is the chief of critical care at Houston's United Memorial Medical Center. Harris County, where Houston sits, has the fifth-highest number of confirmed coronavirus cases of any U.S. county. More than 1,200 people in the county have died.

For the last four months, Varon has been waking up at dawn every day and heading to the hospital, where he spends between six and 12 hours on rounds before seeing new admissions. When he gets home, he sleeps at most two hours a night. "I try to go to sleep, but people call me nonstop," he says.

Varon manages a large team of people who are both exhausted and afraid.

"I have over 300 doctors in the staff at our hospital and only three or four of us go into the COVID unit," Varon says. "And I am there most of the time. People are afraid of going into COVID units, and I cannot force them to go in. That's one thing that I cannot do because there is an intrinsic risk of working in a COVID unit."

Here are excerpts of his interview:

Is your unit ever on the verge of being overwhelmed?

Every day. I mean, it's been crazy. The last few weeks have been way overwhelmed. What I mean by that is that I may have the beds, but I don't have the staff. You know, my nurses are exhausted. They're tired. These are individuals that normally, let's say, work three times per week, and they have been stretching themselves to work six, seven times a week. I mean, they're both physically and emotionally drained, because if you look at the last three weeks where we have our highest mortality rates, it's scary and it drains you emotionally.

If the governor were to call you up and say he'd really like to reopen schools, but he wants to know if your hospital can handle it locally, the extra cases, what would you tell him?

Absolutely not. There is no way that our hospitals could handle it. Not only my hospital, no hospital could handle it, because it can be a really large surge. Just to give you an idea, one individual can infect up to 52 persons per hour. ... You can get yourself into a serious situation.

We were reporting on a large number of health experts who are essentially arguing that the national strategy against COVID up to now has been a failure and that it's time for a do-over. Let's go back to where we were in March, shut everything down and start all over again. Is it that bad?

I mean, you cannot shut down a city, a state, a country without an educational component. You know, when we closed the city in April, the city is closed and then everybody gets cabin fever. And the day that we open the city, everybody goes out, people go to the beach, people go to bars. They don't care. I mean, they fill it up.