Accessibility links
Virtual Is New Reality For Grads Starting New Jobs : Coronavirus Live Updates Postings for entry-level positions popular with new college grads fell by 73%, compared with before COVID-19 hit. And for those in the class of 2020 who have landed jobs, it's been a strange journey. 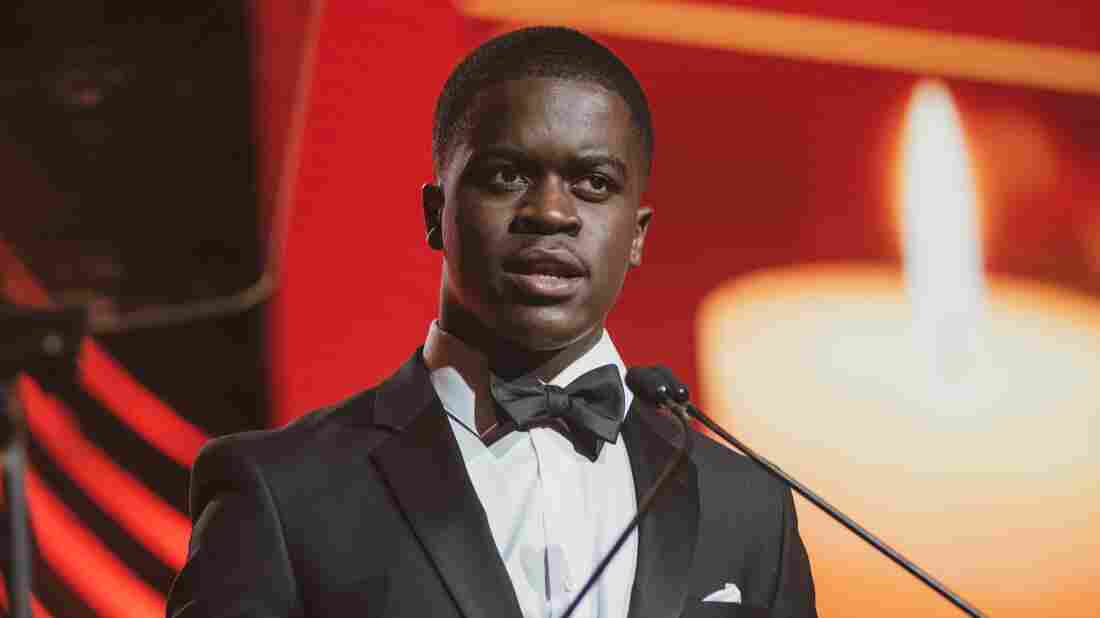 Golden Daka participated in many events at Morehouse College, but the pandemic prevented him from giving his commencement speech as class valedictorian. Ross Gordon hide caption 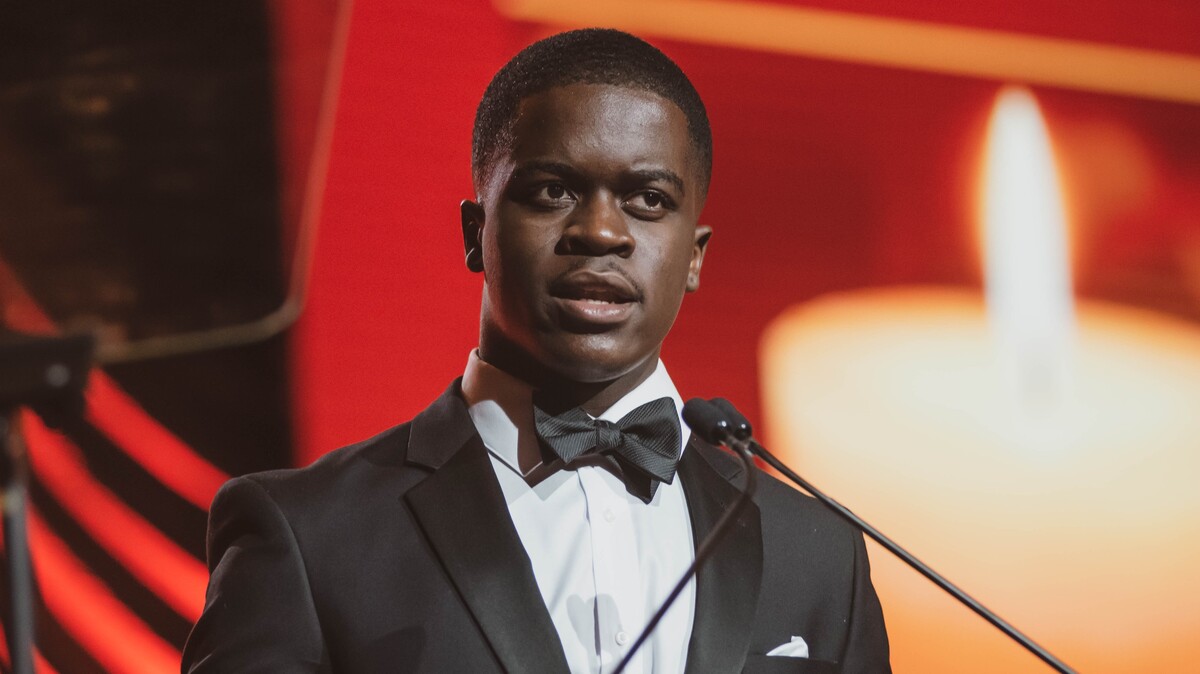 Golden Daka participated in many events at Morehouse College, but the pandemic prevented him from giving his commencement speech as class valedictorian.

It was supposed to be a great year for Golden Daka. He would be the first member of his family to graduate from college. He had a big commencement speech planned for his graduation from Morehouse College, where he was a valedictorian.

"I wanted to give that huge speech onstage with my family, friends and loved ones there, who made it very possible for me to go to Morehouse," says Daka.

But in March, campus emptied and classes went online. And then the moment he'd been waiting for — commencement — was postponed.

"It came to an abrupt end," says Daka, who had been expecting rites of passage and celebration. Instead, he landed in a pandemic. Worst of all, his grandmother, who was supposed to come see him graduate, passed away in their native Zambia. "It's been a really difficult transition," he says. "It's been one that I'm not going to lie has been filled with anxiety, uncertainty and self-doubt."

Despite everything, there has been a bright spot: his professional life. Daka landed a paid fellowship with the governor of Illinois after going through four rounds of remote interviews. "So I'm on the fortunate side. I know a lot of my classmates and other individuals around the nation are not."

Across the board, from entry-level jobs to paid internships, the prospects for new college graduates have plummeted during the pandemic.

Job postings for entry-level positions that are popular with new college graduates fell by 73%, compared with before COVID-19 hit, according to Julia Pollak, a labor economist with the job site ZipRecruiter.

Openings for internships are especially scarce. The internships popular among college students and new graduates are down 83%, Pollak says.

Still, Pollak says, even among the wreckage in the job market it's not entirely hopeless: "Even in a crisis there are companies hiring; 18 million postings since COVID struck ... 3 million people are being hired each month or roundabout."

But for those members of the class of 2020 who have landed jobs it has often been a strange journey. The now familiar Zoom and Skype interviews are just one dimension to the virtual experience. Some job candidates record themselves on video, answering questions and send their responses to the prospective employer.

"So now you have no interaction with a person at all," says Pollak. 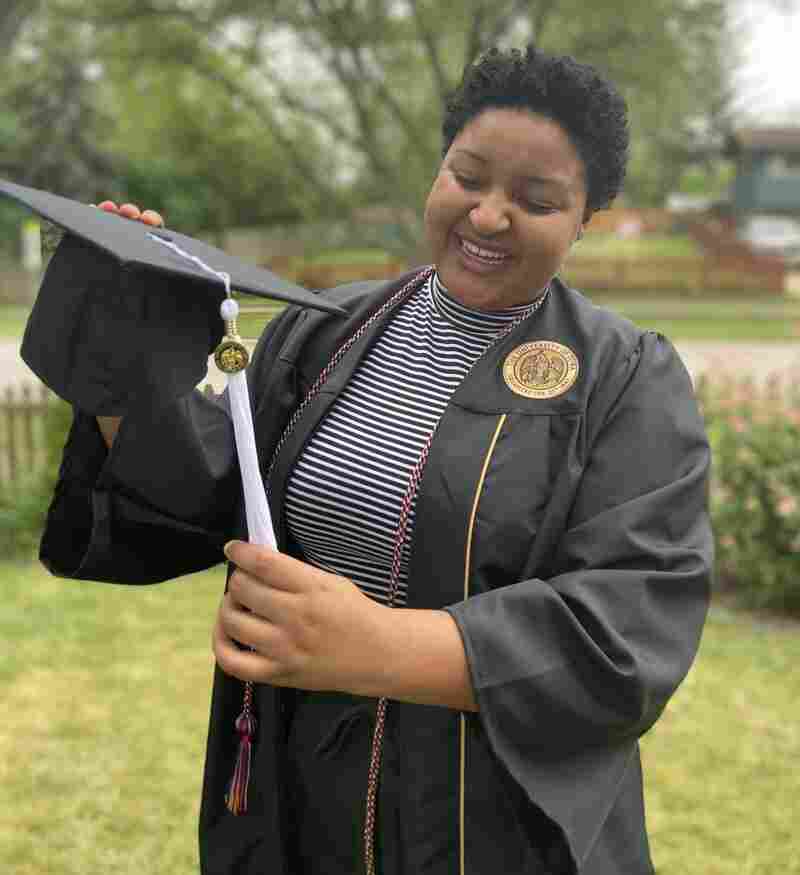 Danielle Kaplan, who graduated this spring from the University of Iowa, landed a job with a startup in Kansas City. Jessica Suderski hide caption 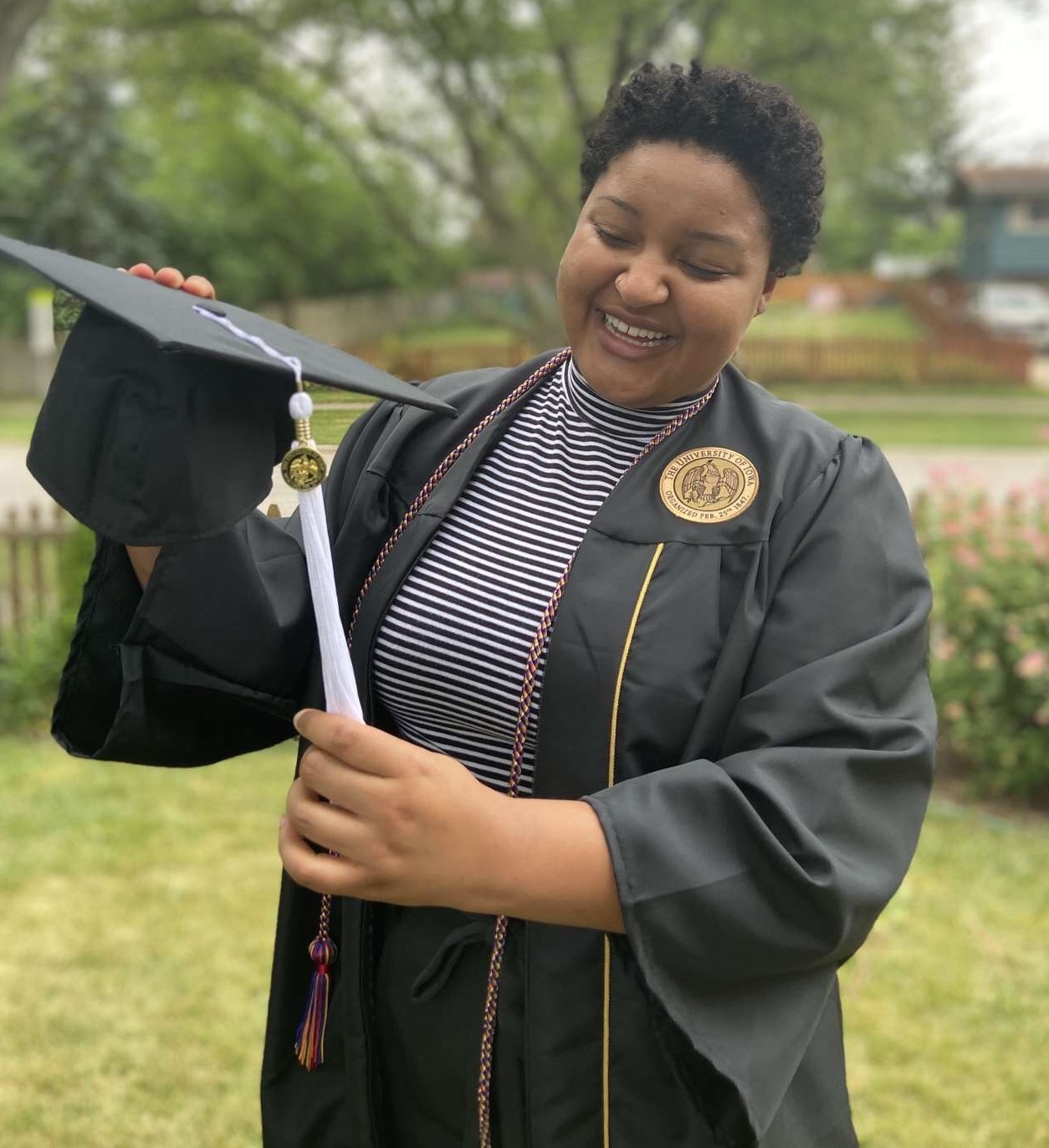 Danielle Kaplan, who graduated this spring from the University of Iowa, landed a job with a startup in Kansas City.

The lack of face-to-face human interaction has been one constant for Danielle Kaplan during her job search. Kaplan graduated this spring from the University of Iowa. She stayed at her mom's place outside Chicago, crashing on a couch. It was fine, but with a lot of activity around the house, it was tricky for her to find a quiet place for job interviews.

"So I feel like my interviewer saw a different background every time I met with them. It's been very difficult," she says.

As it turns out, those ever-shifting backgrounds didn't matter.

Kaplan landed a job with a Kansas City startup and says, "I'm really excited about it."

Her excitement is accompanied by trepidation because so much of the past few months has felt unreal, even disembodied.

That started to change over the weekend. She loaded up a rental truck and moved to her new hometown, Kansas City, enjoying some of the city's famed barbecue upon her arrival. There was nothing virtual about it.