Accessibility links
Trump Suggests Nomination Speech From White House; Biden Will Stay In Delaware : Coronavirus Updates Meanwhile, Joe Biden will not travel to host city Milwaukee for the Democratic convention because of the pandemic — and neither will any other speakers. 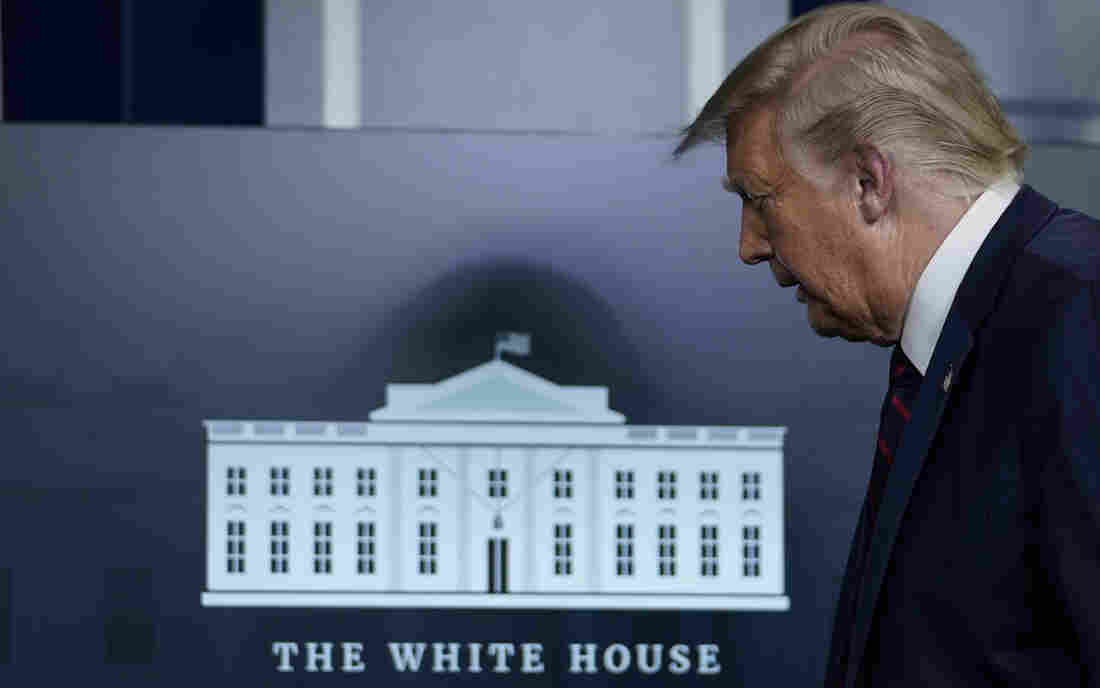 "It's easy and I think it's a beautiful setting," President Trump said of giving his Republican renomination speech from the White House. Drew Angerer/Getty Images hide caption 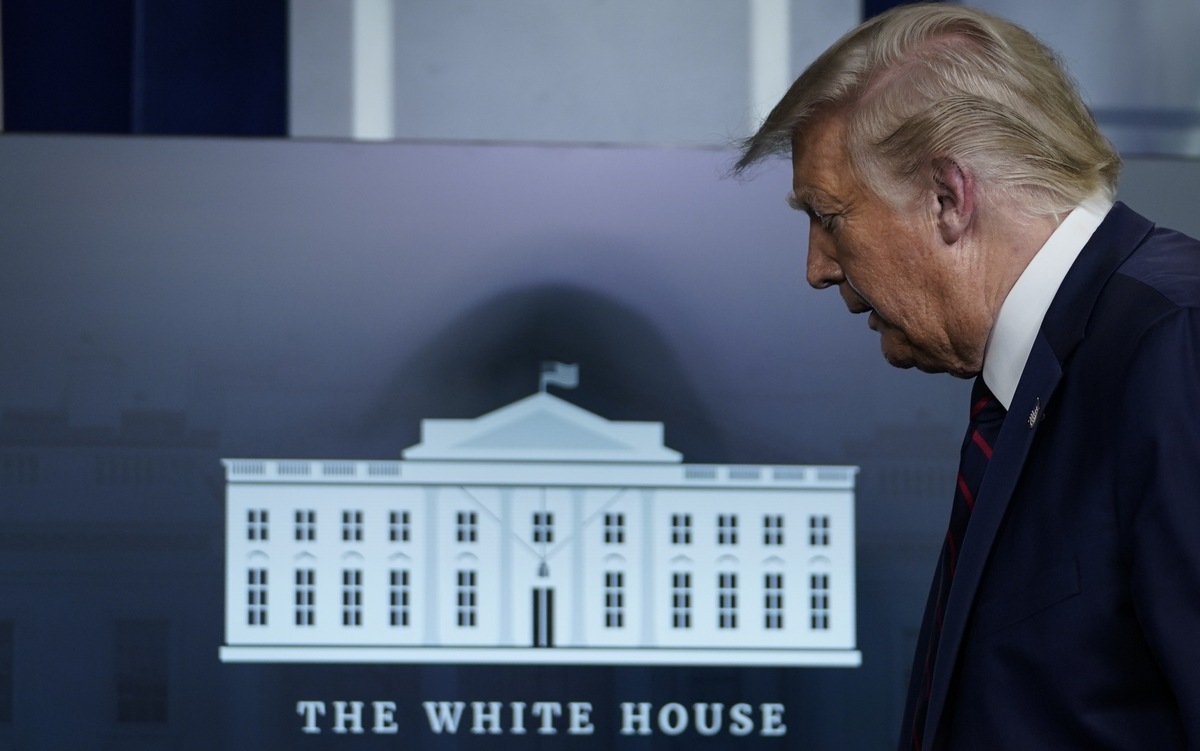 "It's easy and I think it's a beautiful setting," President Trump said of giving his Republican renomination speech from the White House.

National convention planning for Republicans and Democrats continued to evolve on Wednesday, as the parties try to adapt their nominating events, which are typically filled with throngs of people, to the realities of the ongoing pandemic.

President Trump said in an interview that he'll "probably" deliver his speech accepting the Republican Party's nomination for a second term live from the White House, potentially tearing down what little remaining firewall there was between official duties conducted at the "people's house" and his reelection campaign.

Meanwhile, Trump's opponent, presumptive Democratic presidential nominee Joe Biden, won't go to Milwaukee, the party's convention city, to give a speech — and neither will anyone else, organizers announced on Wednesday.

Citing the expense of traveling with a full Secret Service detail, Trump told Fox & Friends that the White House would be the "easiest" setting for his address.

A campaign address from the White House would not only bust norms; it could cause White House aides setting up for the event to violate the Hatch Act, which bans political activity on the taxpayers' dime. (Trump isn't subject to the Hatch Act, but everyone else is.)

"Is that even legal? I assume that's not something that you could do," Sen. John Thune, R-S.D., said on Wednesday when approached by reporters about the idea. "I think anything to do on federal property would seem to be problematic."

Another Republican senator, Wisconsin's Ron Johnson, told reporters that Trump's proposal is "probably not allowed" and he "probably shouldn't do it."

Trump did say in his Fox & Friends interview that "if for some reason somebody had difficulty with [the White House speech plan], I could go someplace else."

The president's campaign and the Republican Party are still scrambling to plan a COVID-era convention that has little resemblance to what Trump had insisted he wanted — a large crowd in a big arena, no social distancing, no masks.

The reality is they have faced challenges finding a location for anything resembling a traditional convention, given the raging pandemic.

Conventions are typically big made-for-TV celebrations with the party faithful decked out in buttons and hats, waving signs and showing enthusiasm for their candidate.

But none of that is possible this time around.

With conventions, there was always a pretense of an actual gathering of people, creating the illusion that it wasn't just a multiday infomercial. Now, with the in-person portions cut back almost completely, the conventions truly will just be television programs, advertising the candidates' and party messages. 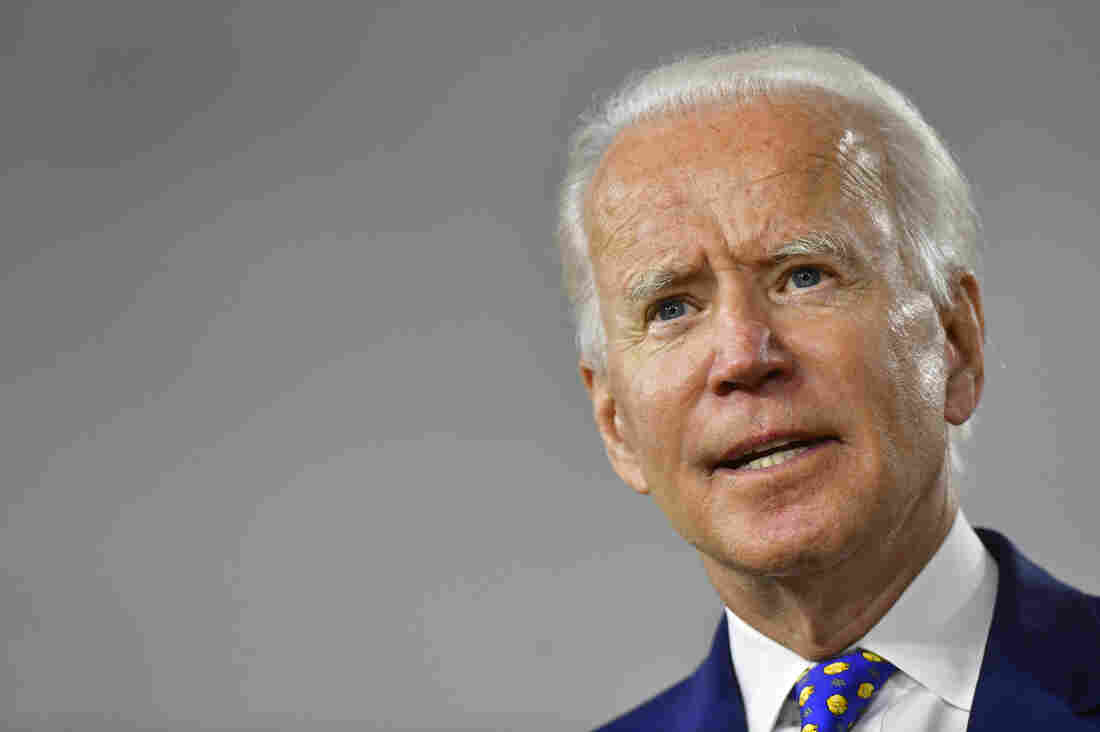 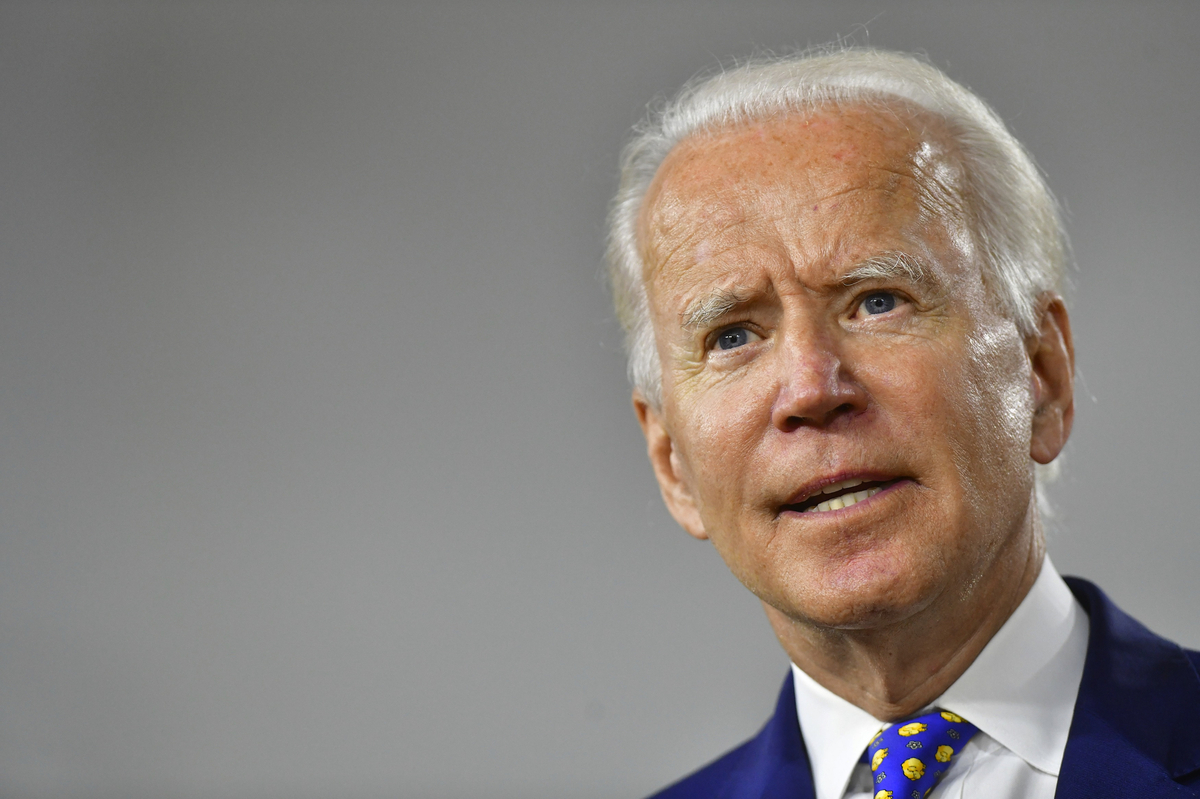 Presumptive Democratic presidential nominee former Vice President Joe Biden delivers a speech in Wilmington, Del., on July 28. The campaign announced Wednesday he would not travel to Milwaukee for the Democratic convention.

Biden will remain in his home state of Delaware to accept the Democratic nomination, convention organizers said, citing "the worsening coronavirus pandemic."

"Speakers for the 2020 Democratic National Convention will no longer travel to Milwaukee, Wisconsin in order to prevent risking the health of our host community as well as the convention's production teams, security officials, community partners, media and others necessary to orchestrate the event," organizers said in a statement.

They called the decision "a small adjustment to the overall planning" of what was already scaled back to a largely virtual affair. In June, organizers told state delegations not to travel to Milwaukee and instead plan to conduct convention business remotely.

Biden addressed the development during a virtual fundraiser on Wednesday, citing the Milwaukee mayor's limit on large gatherings.

"I think it's the right thing to do," Biden said. "I've wanted to set an example as to how we should respond individually to this crisis."

Trump had tried to move the Republican convention from Charlotte, N.C., to Jacksonville, Fla., before bailing on that idea two weeks ago.

The business of the GOP convention is still set to take place in Charlotte, with the formal nomination occurring on Aug. 24.

"But that's locked down," Trump said on Fox Wednesday. "That state. The governor's just locked them down. I don't know what he's doing," he said, referring to North Carolina Democratic Gov. Roy Cooper.

It's not clear how many delegates will be there in Charlotte in person. Trump, who had toyed with going to Charlotte and giving a speech there, now says he will be giving his speech on Thursday, the final night of the convention.

Among those Trump said will be speaking at his virtual convention, which will feature produced videos and live speeches from various locations, are first lady Melania Trump, Vice President Pence and "some of the warrior congressmen" who defended Trump through impeachment and other challenging times.