Accessibility links
NHL Commissioner On How The League Keeps Athletes Safe: 'Be As Flexible As Possible' : Coronavirus Live Updates The National Hockey League has resumed its season in two "bubbles" in Edmonton and Toronto, Canada. The league says it's administered 7,000 coronavirus tests to players, with zero positive cases. 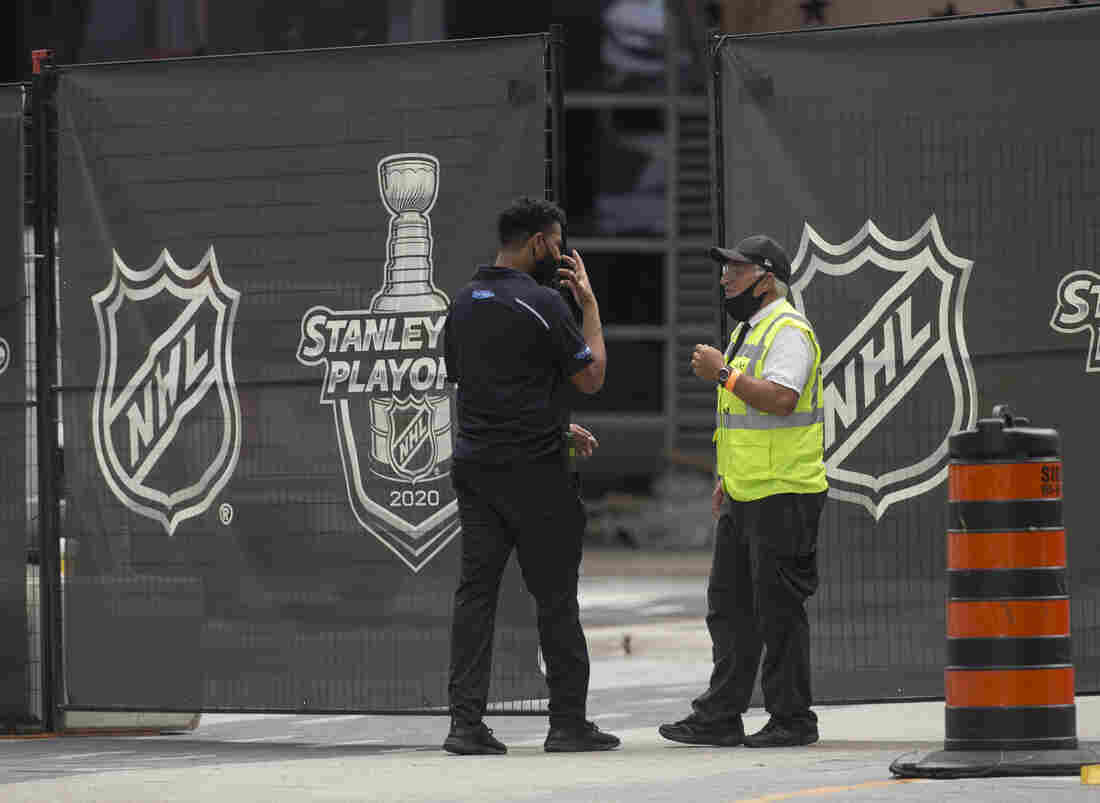 Personnel enter and exit the NHL bubble in Toronto, one of two host cities, along with Edmonton, where the league has resumed its season. Rick Madonik/Toronto Star via Getty Images hide caption 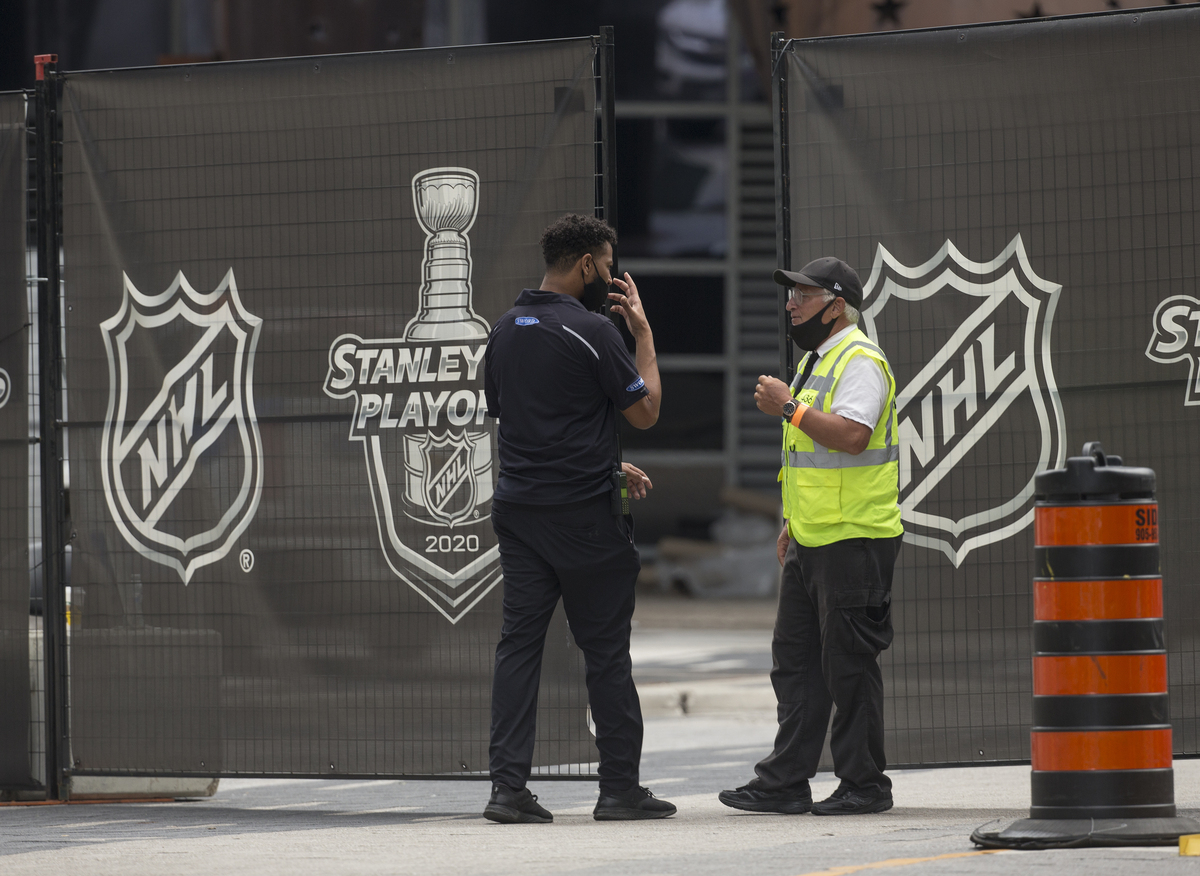 Personnel enter and exit the NHL bubble in Toronto, one of two host cities, along with Edmonton, where the league has resumed its season.

The National Hockey League resumed play on Saturday, with players emerging from the "bubbles" they've been hunkering down in since July 26.

And so far, players are staying healthy. Since relocating to the bubbles — in two Canadian cities, Edmonton and Toronto — the league says it's given more than 7,000 tests to players on 24 teams, and none have come back positive for COVID-19.

The key to keeping the league safe, says NHL Commissioner Gary Bettman, has been to "be as flexible as possible."

"We've got to be agile enough to react to anything that might happen," he says.

'This Is History': NBA To Hold First Games In 'Bubble' Amid Pandemic

The commissioner says each hub has housing, a handful of restaurants, lots of outdoor space, and is close to the hockey arena.

"Everybody in the bubble has felt good about how it's been set up, and actually a couple of players have been quoted as saying that this is the safest they've felt since the beginning of March," Bettman says.

On how the league adapted to the pandemic

First, we had our players go home and isolate. Then, phase two was we opened training facilities for small groups. Phase three was training camps in the home cities of where our clubs play. But we started testing regularly — the last full week of training camp, I think we did 2,500 tests and there were no player positives.

On the delayed playing seasons

We'll finish the 2019-2020 season in early October, which would've typically have been when we started next season. But the calendar's now shifted. I could see us starting next season — and we're anticipating playing a full season — in late November, December. ... We'll take some time off after we finish the playoffs, crown a Stanley Cup champion, and then we'll start up again in November, December, in that time frame.

NPR's Gabe O'Connor and Justine Kenin produced and edited this interview for broadcast.