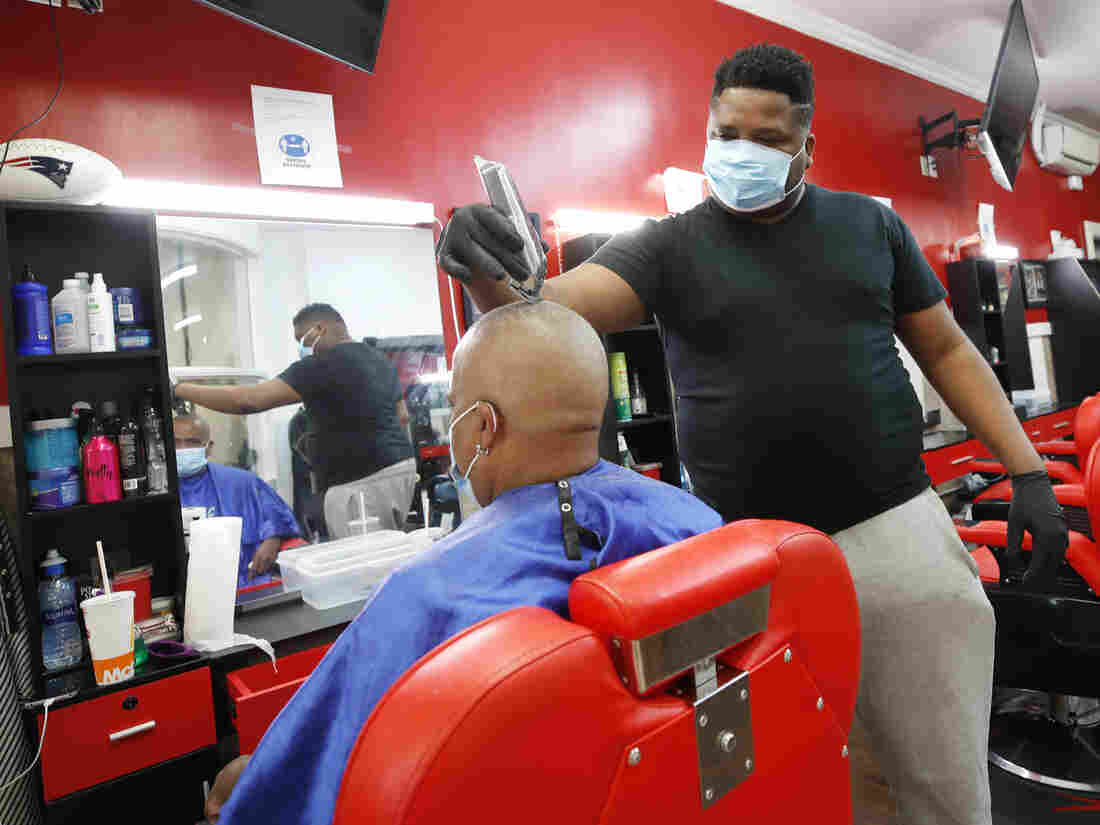 Wilkin Soto works on a customer at the Castillo Barbershop, in Lawrence, Mass., on June 5. The pace of hiring has slowed from June, when employers added a record 4.8 million jobs. Elise Amendola/AP hide caption 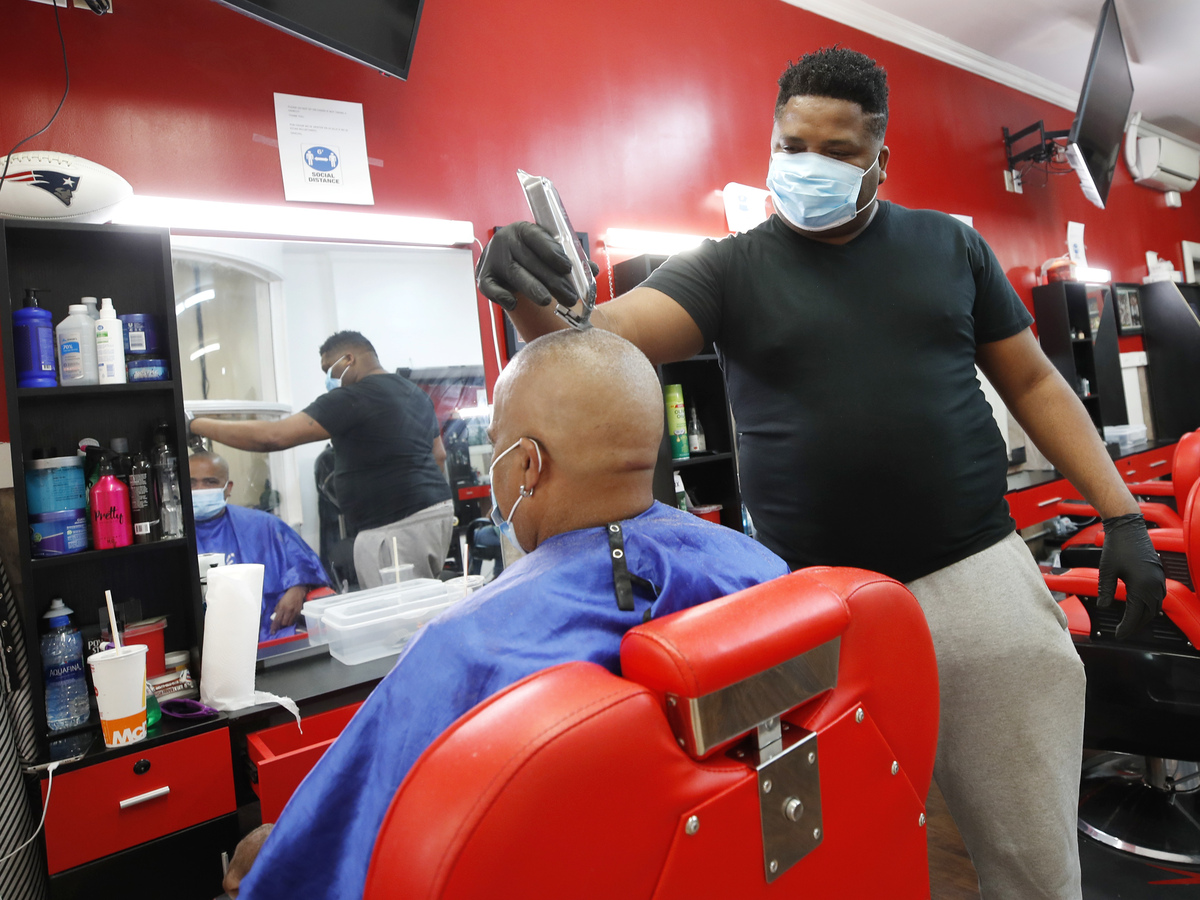 Wilkin Soto works on a customer at the Castillo Barbershop, in Lawrence, Mass., on June 5. The pace of hiring has slowed from June, when employers added a record 4.8 million jobs.

The pace of hiring slowed from June, when employers added a record 4.8 million jobs. That suggests a long road back to full employment for the tens of millions of people who have been laid off during the coronavirus pandemic.

"There are still a lot of people on the sidelines," said Sarah House, a senior economist at Wells Fargo Securities. "That's going to have a big impact on what we see in terms of consumer spending over the coming months."

The monthly report from the Labor Department tracks job gains between the middle of June and the middle of July. Much of the improvement occurred in late June. Since then, the labor market appears to have lost steam, as infections from the virus continued to climb. Homebase, which makes scheduling software for some 60,000 small businesses, found there were fewer employees working at the end of July than at the beginning.

"It looks like a lot of the improvement in the second half of July really began to slack off," House said.

That increases pressure on lawmakers to reach agreement on a new round of pandemic relief. Supplemental unemployment benefits of $600 per week expired at the end of July. Economists warn that without some additional help for the unemployed, the country could sink into an even deeper recession.

Friday's report showed significant job gains in restaurants, retail, health care and local government. Restaurant jobs accounted for more than a quarter of the total increase, although employment in the industry is still well below pre-pandemic levels.

Forecasters said the reported gain in local government jobs may have been artificially inflated by seasonal adjustments. Ordinarily, many school employees drop off the job rolls in July before being rehired in the fall, and government statisticians try to adjust for that. This year, those layoffs came earlier in the school year, so the July adjustment may have overcompensated.