Accessibility links
India's Coronavirus Cases Top 2 Million : Coronavirus Updates India's fatality statistics might be artificially low because only a small portion of all deaths that occur in India — reportedly around 22%, as of last year — are medically certified. 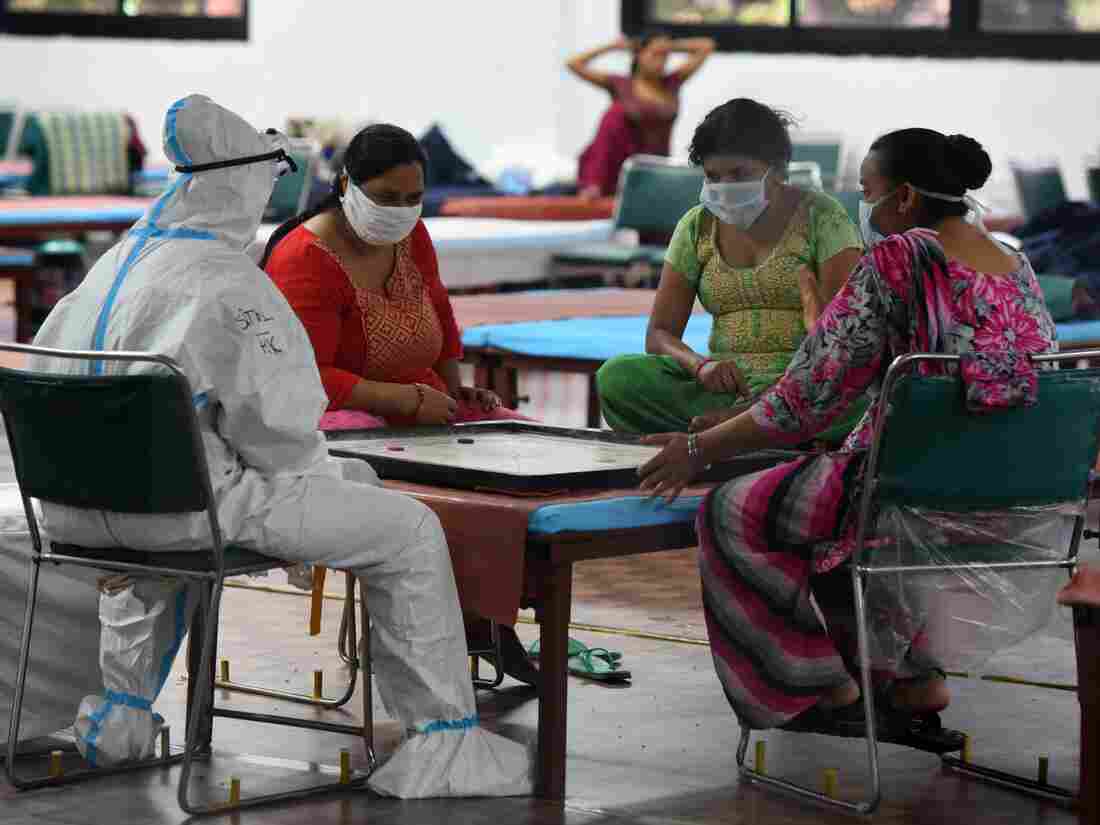 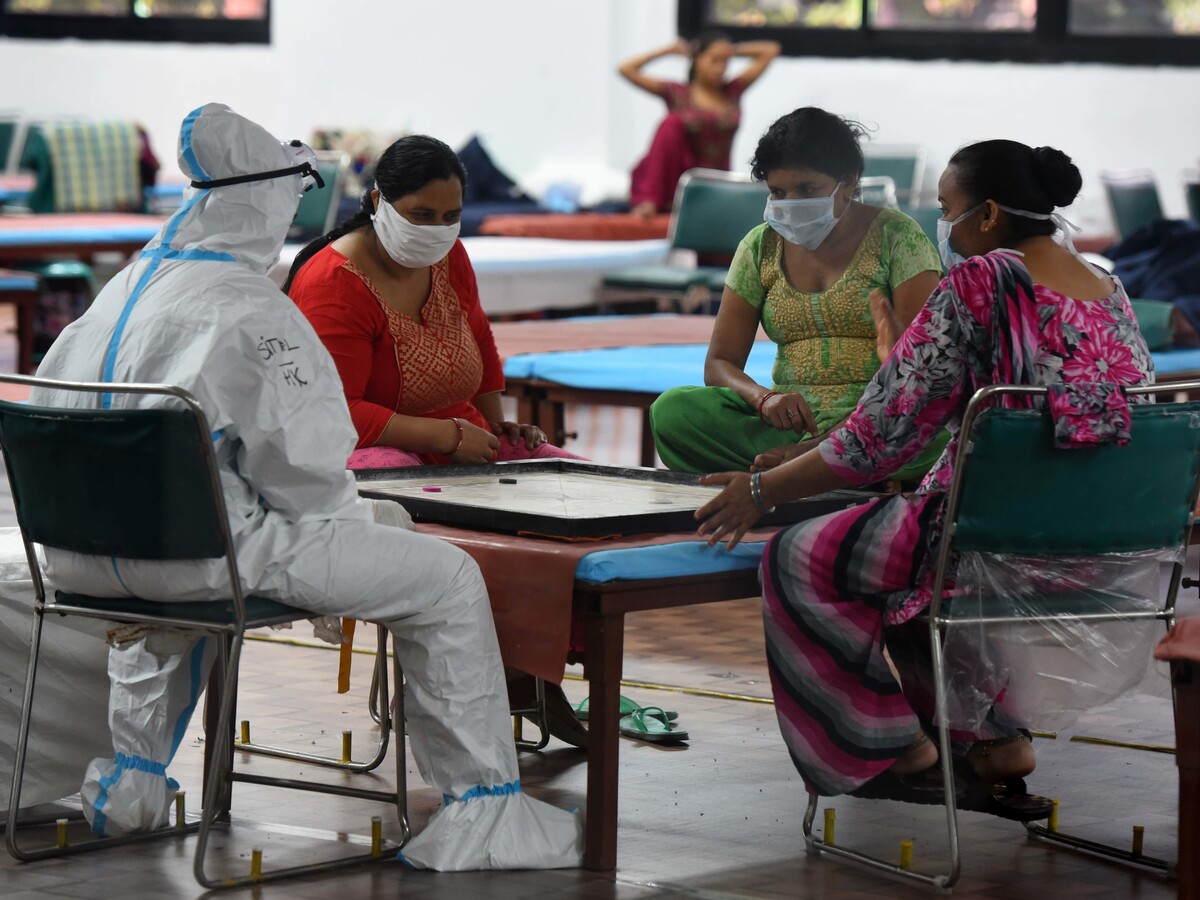 Coronavirus patients play a game of carrom inside the COVID-19 Care Centre at CWG Village Sports Complex in New Delhi on Thursday.

India is now the third country to record more than 2 million coronavirus cases. The country is enduring a terrible surge in new cases — 62,538 were reported on Friday alone. Only the U.S. and Brazil are reporting more.

But India's fatality statistics might be artificially low because only a small portion of all deaths that occur in India — reportedly around 22%, as of last year — are medically certified.

In India's outbreak, the western state of Maharashtra, where Mumbai is located, has been hit the worst, with around 480,000 cases reported. But the coronavirus has also infected hundreds of thousands of people in southern states such as Andhra Pradesh and Tamil Nadu.

"The virus has moved from megacities like Mumbai and Delhi to smaller towns and rural areas, where health care is already scant," NPR's Lauren Frayer reports. "Experts say it's months away from hitting its peak."

Despite reaching the daunting benchmark, it's possible India's cases are undercounted, because of the lack of widespread testing in one of the world's largest and most populous countries. On Thursday, only 639,042 coronavirus tests were conducted in the country, according to India's Ministry of Health and Family Welfare.

The U.S. has posted similar daily testing figures in the past month – but the U.S. population is far smaller, with 330 million people compared to India's 1.3 billion.

As the world awaits a COVID-19 vaccine, a large vaccine maker in India announced on Friday that it will produce up to 100 million doses of a future vaccine and price each dose at $3 or less, for sales in India and to low- and middle-income countries.

The Serum Institute of India says its plan is supported by $150 million in funding from the Bill and Melinda Gates Foundation.

"The funding will support at-risk manufacturing by SII for candidate vaccines from AstraZeneca and Novavax," the company says.