Accessibility links
U.S. Hits 5 Million Coronavirus Cases As Debate Lingers Over The Path Forward : Coronavirus Updates The U.S. continues to lead the world in both cases and deaths, as states across the Midwest and South battle a surge in new cases. 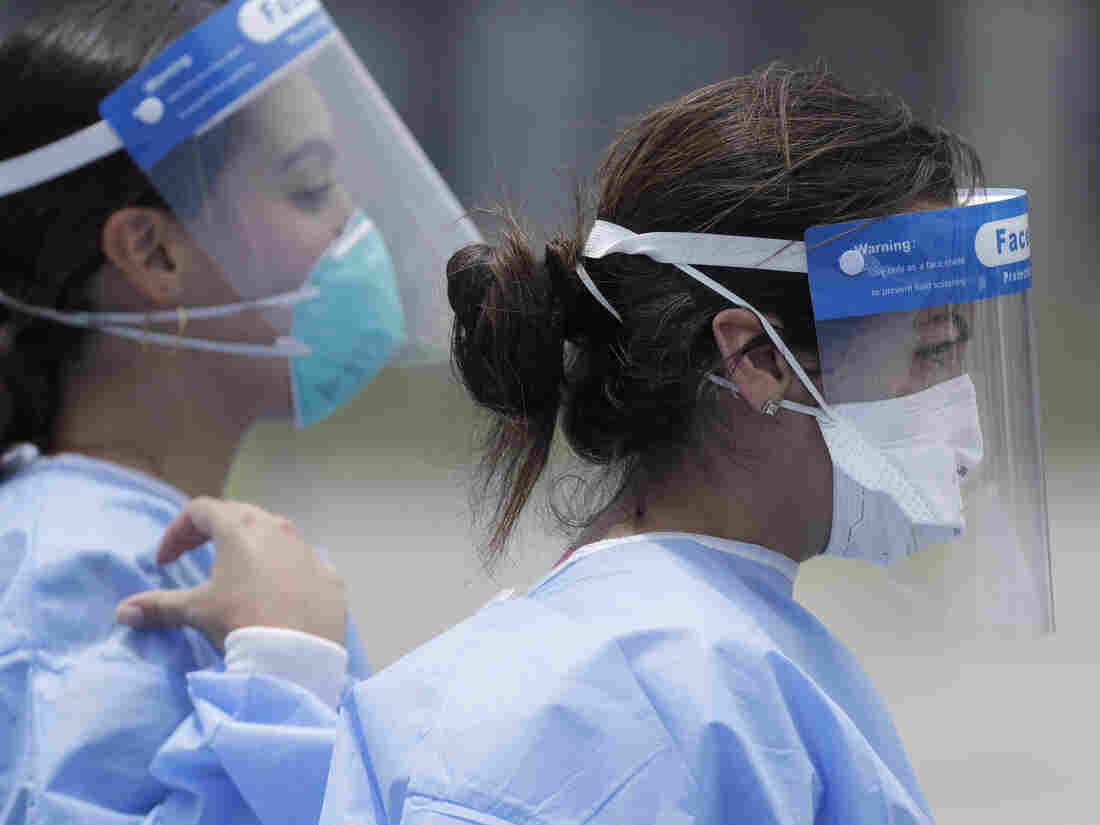 The U.S. surpassed 5 million coronavirus cases on Sunday, according to data from Johns Hopkins University. The U.S. still leads the world in coronavirus cases. Brazil, the country with the second-most infections, has just over 3 million. Wilfredo Lee/AP hide caption 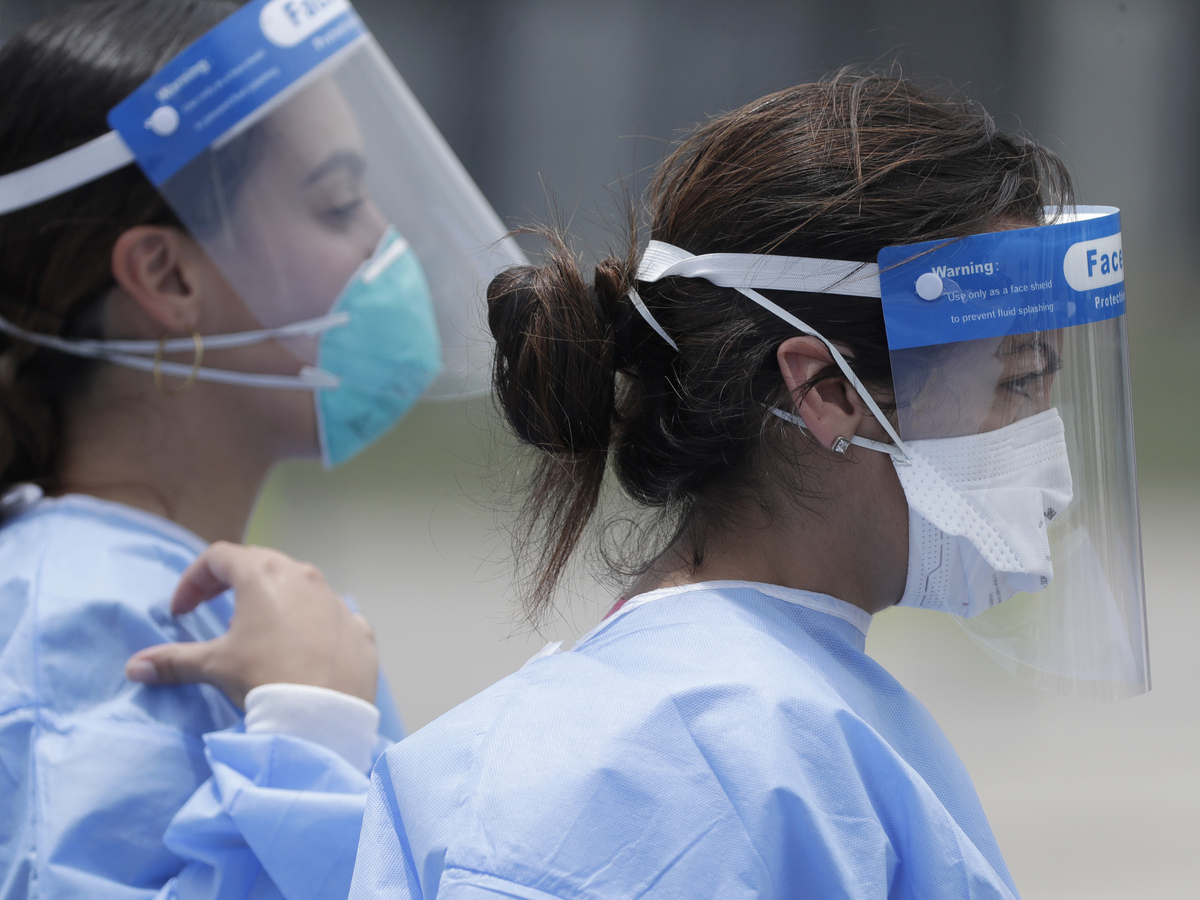 The U.S. surpassed 5 million coronavirus cases on Sunday, according to data from Johns Hopkins University. The U.S. still leads the world in coronavirus cases. Brazil, the country with the second-most infections, has just over 3 million.

The U.S. has hit 5 million confirmed coronavirus cases — just 17 days after crossing the 4 million mark — as lawmakers and states continue to grapple with how to chart a path back to normal as the pandemic continues to rage on.

The grim milestone was reached on Sunday, according to tracking by Johns Hopkins University. It came after President Trump announced Saturday that he would take executive action to extend coronavirus relief efforts that expired after negotiations with Congress stalled out.

The last time the country surpassed a million new cases, many states had been seeing record surges of new infections, including California, Florida and Texas. An NPR analysis shows that cases in at least 33 states were on the decline last week.

But those figures do not offer a full picture of the crisis.

In Texas, officials this weekend reported a seven-day average testing positivity rate of nearly 19.5% — the state's highest since the pandemic started.

The U.S. continues to have more coronavirus deaths than any other nation. With more than 162,400 deaths, the U.S., with about 4% of the world's population, accounts for roughly 22% of the worldwide death toll from COVID-19. Brazil, the country with the second-most cases, is currently at just over 3 million cases and more than 100,000 deaths.

A dire prognostication released last week by researchers at the University of Washington's Institute for Health Metrics and Evaluation — one of the leading modelers of the pandemic — projected COVID-19-related deaths in the U.S. roughly doubling to 300,000 by December. That would make COVID-19 the third-leading cause of death in the country in 2020.

The researchers behind the model have said that while cases may have peaked in the hardest-hit states, they don't expect dramatic declines anytime soon. That's because of what one researcher described as a "roller coaster phenomenon," meaning when cases go up, individuals wear masks and take precautions, but when cases go down, they ease up, allowing cases to rise again.

It's a dynamic that has been front of mind for educators and governors across the nation as they weigh options for the coming academic year. Many states have put plans in place to allow in-person instruction. States like California and New York have imposed strict circumstances on when schools can allow students in the classroom.

In New York, Gov. Andrew Cuomo said schools would not be able to reopen unless they are in a region that's in Phase 4 reopening and where the 14-day average daily infection rate remains below 5%. On Friday, Cuomo said schools across the state had met those benchmarks, allowing them to resume in-person instruction.

Teachers, however, have largely been hesitant to return to the classroom. An NPR/Ipsos poll released last week found that 82% of K-12 teachers said they were concerned about returning to the classroom this fall, with two-thirds admitting a preference to primarily teach online.

But nearly seven months after the U.S. reported its first case of the coronavirus, others appear ready for a break from COVID-19-related restrictions. In South Dakota, for example, thousands of bikers have arrived from across the nation for the 80th annual Sturgis Motorcycle Rally.

The state is one of the few in the country without mask requirements or restrictions on public gatherings, worrying public health officials, given that an estimated 250,000 people are expected to attend the rally over the course of nine days. The state's Department of Health is not offering coronavirus testing during the rally.