Accessibility links
Russian Coronavirus Vaccine Announcement Greeted With Skepticism : Coronavirus Live Updates It's the first country to approve a COVID-19 vaccine, but it has not finished Phase III trials to assess safety and effectiveness in the general population. 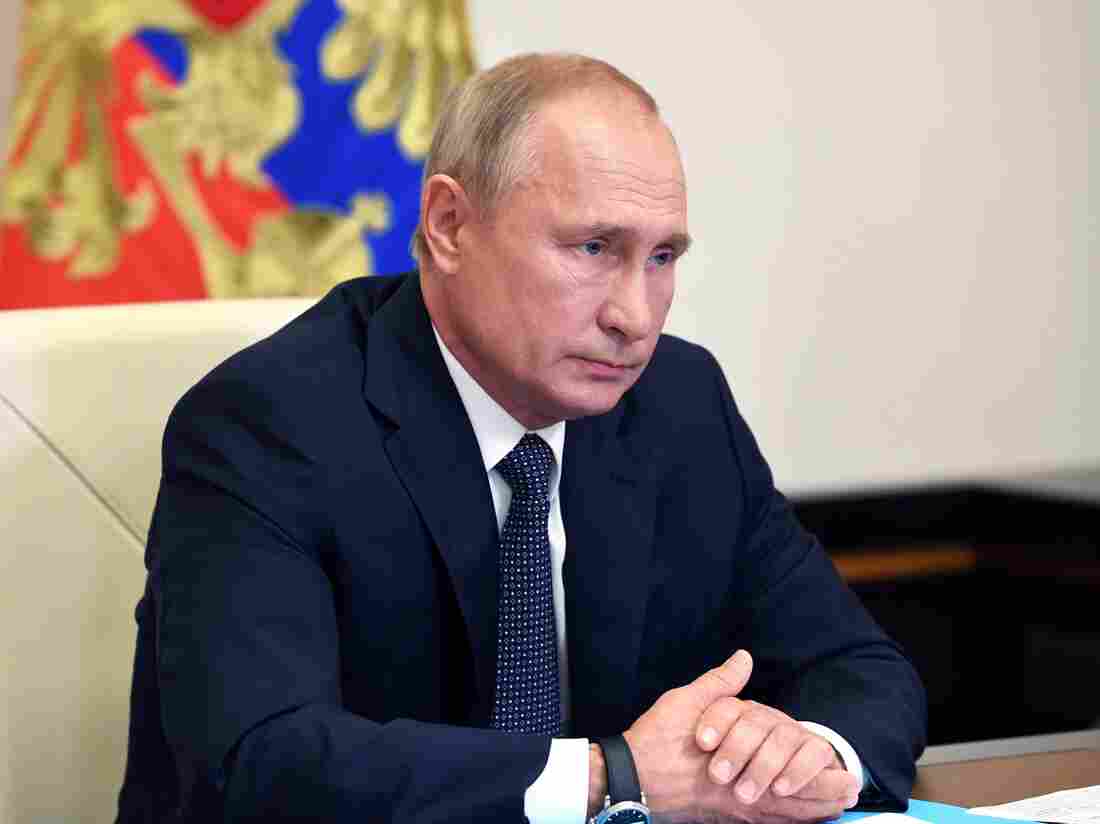 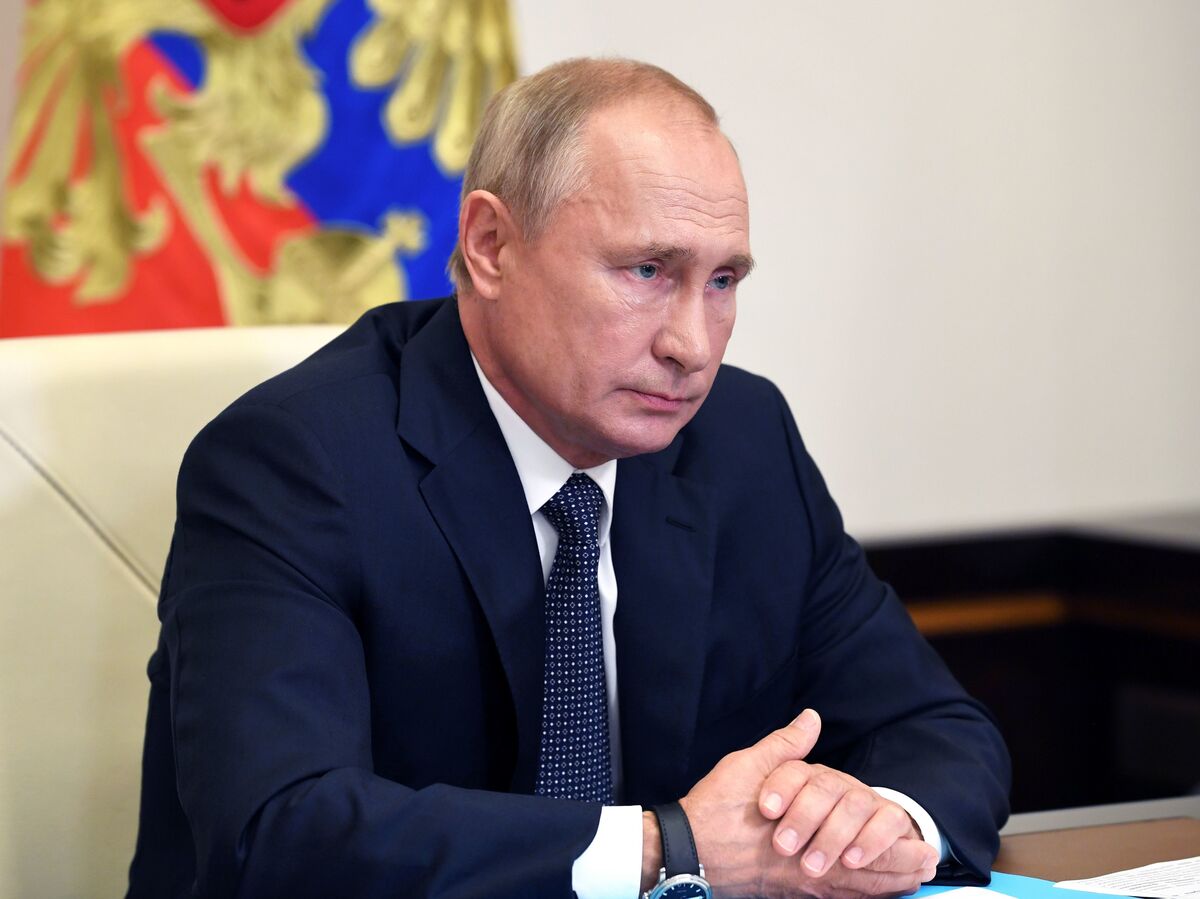 President Vladimir Putin announced Tuesday that Russia has become the first country to approve a vaccine to prevent coronavirus infection, saying one of his daughters has already received a dose of the new prophylaxis even though it is still under development.

The announcement of the new vaccine, dubbed Sputnik-V, has been met with initial skepticism, as it has yet to complete Phase III trials in which large numbers of people are given doses to determine whether it is safe and effective in a general population.

Speaking in a teleconference from his residence outside Moscow, Putin said the vaccine had been "registered," referring to a bureaucratic procedure undertaken by the Russian Health Ministry, which amounts to regulatory approval.

"One of my own daughters has tested the vaccine," Putin said, speaking in a teleconference from his residence outside Moscow. "All she experienced was a slightly elevated temperature and [she] feels just fine."

He did not say which of his two daughters, both in their mid-30s, received the inoculation.

Putin said the vaccine, developed by Russia's Gamaleya Research Institute of Epidemiology and Microbiology, is based on other coronaviruses that cause harmless colds and has been tested on several dozen people, including military personnel and researchers themselves. Putin said it would be available to the general public on Jan. 1.

Russia is among the countries hit hardest by the pandemic, with nearly 900,000 confirmed coronavirus cases and more than 15,000 COVID-19 deaths, as of Tuesday, according to a tally kept by Johns Hopkins University. Although the official number of cases has steadily declined in recent weeks, the country still has the fourth highest number of cases.

Putin is eager to show progress in fighting COVID-19, which he initially downplayed, and even the name of the vaccine, which hearkens back to Soviet Russia's first artificial satellite in 1957, is reminiscent of a Cold War-era scientific triumph.

Reactions from experts — even from inside Russia — have ranged from cautious to skeptical, with some suggesting that the high-level haste in pushing an as-yet unproven vaccine may have more to do with politics than science.

On Monday, the Moscow-based Association of Clinical Trials Organizations (ACTO) asked the Health Ministry to delay the vaccine's registration until after Phase III trials were completed.

The researchers said fewer than 100 people had been tested — and that the early registration of the vaccine could expose end consumers to unnecessary danger.

"This is a Pandora's Box and we don't know what will happen to people injected with an unproven vaccine," ACTO Executive Director Svetlana Zavidova said in a letter to Russian Health Minister Mikhail Murashko on Monday.

A spokesman for the World Health Organization said the United Nations agency was "in close contact with the Russian health authorities" about possibly pre-qualifying the vaccine under a program designed to facilitate access to medicines deemed by the WHO to have met "unified standards of quality, safety and efficacy."

Speaking to reporters at an online news conference from Geneva, Tarik Jasarevic of the World Health Organization noted that "pre-qualification of any vaccine includes the rigorous review and assessment of all the required safety and efficacy data."

U.S. Health and Human Services Secretary Alex Azar, while on a trip to Taiwan on Tuesday, was asked about the Russian vaccine.

"The point is not to be first with a vaccine," Azar cautioned. "The point is to have a vaccine that is safe and effective for the American people and the people of the world."

Matthew Schmidt, an expert on Russia at the University of New Haven, said the way the new vaccine has been tested "undermines public faith in it."

"Cheating on the scientific process hurts the perception of vaccine safety everywhere," he said.

"Even if it works, it's unlikely to be widely adopted in the rest of the world," Schmidt said. "The fears that it's unsafe could even stoke the anti-vaccine movement and drive up the number of people who refuse to be inoculated because it will feed conspiracy theories, in the U.S. and elsewhere."