Accessibility links
Big 12 Is Moving Ahead With Fall Football Season : Coronavirus Live Updates The conference hopes to hold its title game in December, as it normally would, despite the coronavirus pandemic.

Big 12 Is Moving Ahead With Fall Football Season

Big 12 Is Moving Ahead With Fall Football Season 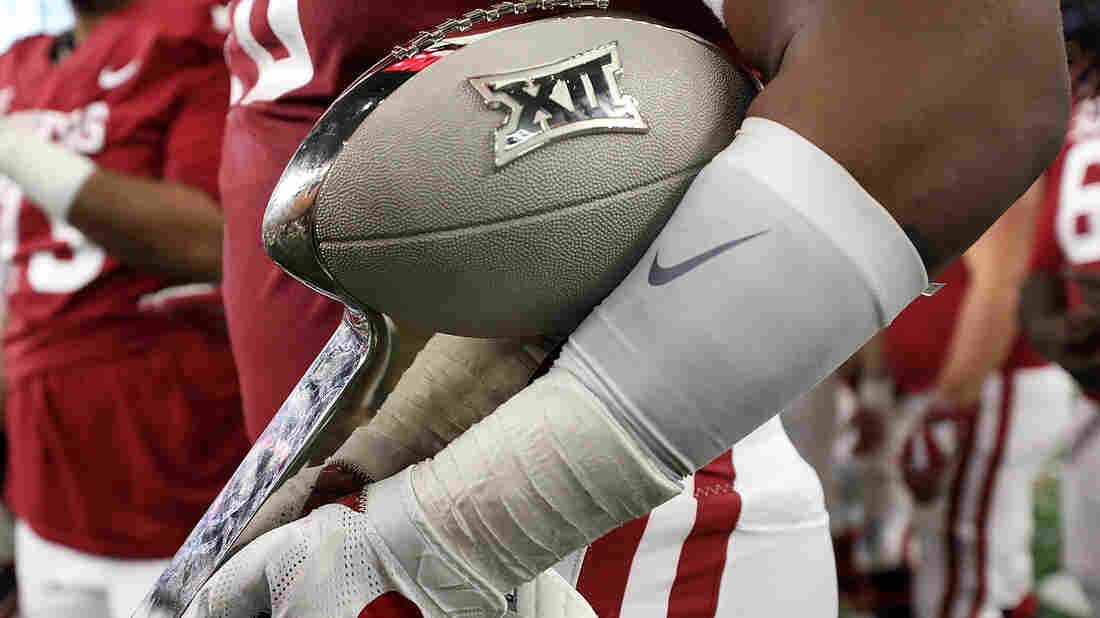 The Big 12 says its schools will start playing their conference games in late September, under a schedule that's been reduced due to the coronavirus. The conference hopes to hold a championship game in December. Ronald Martinez/Getty Images hide caption 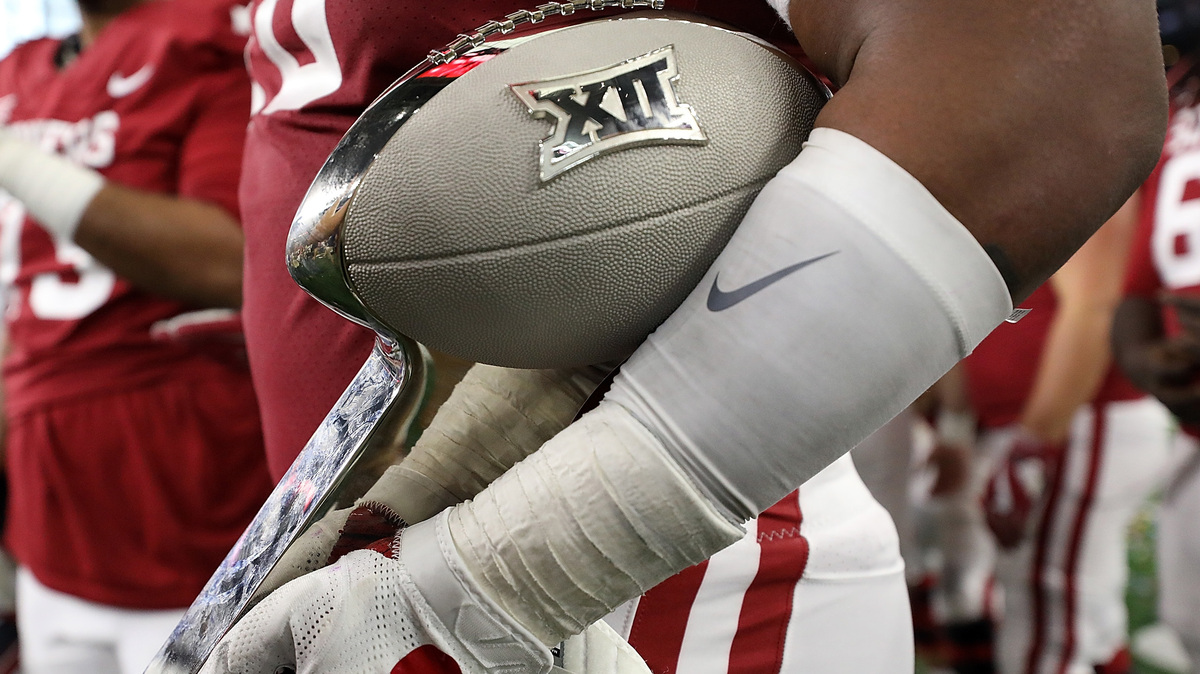 The Big 12 says its schools will start playing their conference games in late September, under a schedule that's been reduced due to the coronavirus. The conference hopes to hold a championship game in December.

The Big 12 Conference is moving ahead with its football season, announcing that fall sports will continue – with teams following safety precautions due to the COVID-19 pandemic. The conference hopes to hold its title game in December, as it normally would.

"Our student-athletes want to compete, and it is the Board's collective opinion that sports can be conducted safely and in concert with the best interests of their well-being," said Big 12 Board of Directors chair Victor Boschini, who is also the chancellor at Texas Christian University.

The board announced its decision on Wednesday, a day after the Big Ten and Pac-12 conferences officially postponed their fall football seasons out of coronavirus safety concerns. Later on Wednesday, the Big East Conference said it was canceling fall competitions.

The other Power Five conferences, the Southeastern Conference and Atlantic Coast Conference, issued statements on Tuesday saying they were monitoring the situation but had no plans to cancel fall football at that time.

Institutions of higher education are navigating a return to classes and sports as the coronavirus pandemic rages on, with the U.S. surpassing 5 million cases this week. Many of the hardest-hit states are in the South and West.

A rare heart condition that could be linked to the virus is also a source of unease, especially since little is known about its long-term effects.

Big 12 Commissioner Bob Bowlsby said that the board had been meeting with medical experts for several months, as recently as Tuesday night, to discuss whether to proceed with the season and how to do so safely in the absence of a vaccine.

According to the Big 12 board of directors, member institutions are scaling up their COVID-19 testing and safety protocols. For high contact sports like football, volleyball and soccer, players will be tested three times a week.

Non-conference football opponents must also adhere to protocols "that conform to Big 12 standards" in the week leading up to competition.

"We are comfortable in our institutions' ability to provide a structured training environment, rigorous testing and surveillance, hospital quality sanitation and mitigation practices that optimize the health and safety of our student-athletes," said Bowlsby.

Officials noted that their plans may be subject to change, especially as more information about the virus comes to light.

"If at any point our scientists and doctors conclude that our institutions cannot provide a safe and appropriate environment for our participants, we will change course," Boschini said.

According to the Big 12's revised 2020 schedule, released on Wednesday, conference play will start on Sept. 26.

The conference is using a scheduling model of nine conference games and one non-conference, along with giving each team a minimum of two bye dates, with a potential third later in the season.

The championship game is scheduled for either Dec. 12 or Dec. 19.

Stands are likely to be less crowded than usual. The conference said that stadium capacities will be determined by each member school, working with government officials, in compliance with local and state health ordinances.