Accessibility links
Biden: All Americans Need To Wear Masks To Halt Coronavirus : Coronavirus Live Updates The presumptive Democratic presidential nominee said every governor should mandate mask-wearing as a way to prevent the spread of COVID-19.

Joe Biden: For The Next 3 Months, All Americans Should Wear A Mask When Outside

Joe Biden: For The Next 3 Months, All Americans Should Wear A Mask When Outside 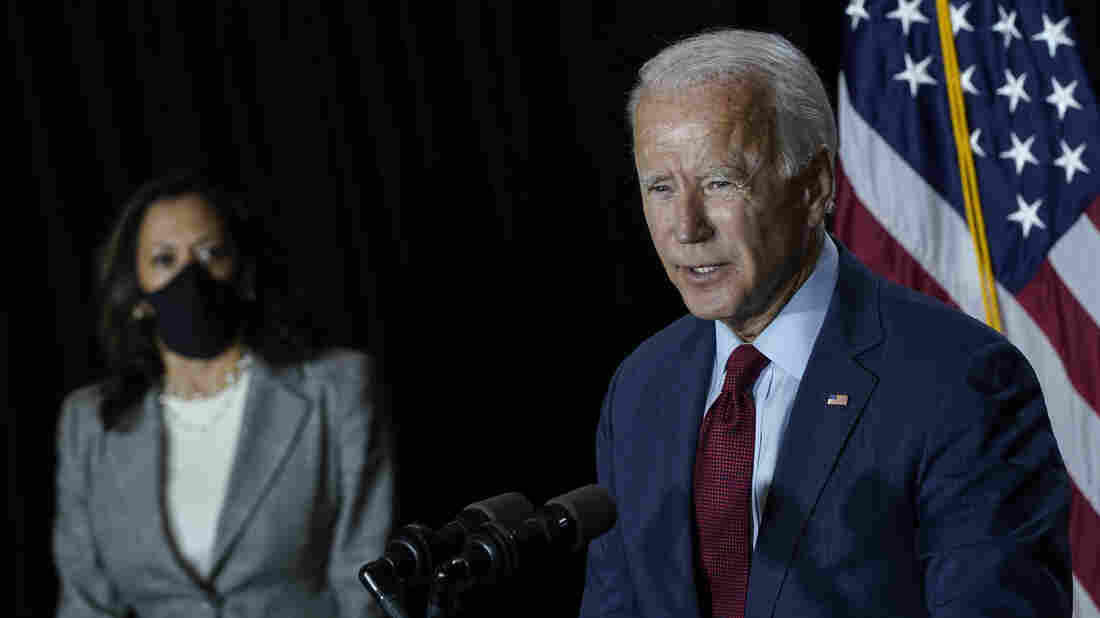 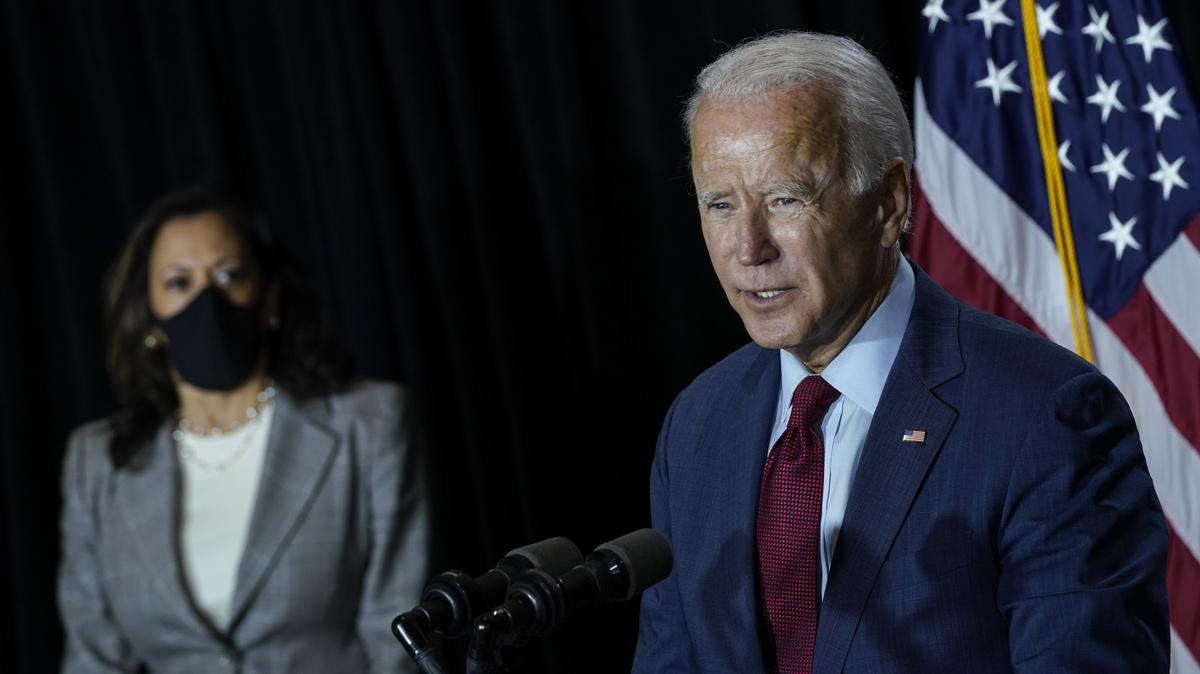 Joe Biden is calling for everyone in the United States to wear a mask, well into the fall.

"Every single American should be wearing a mask when they're outside for the next three months, at a minimum," Biden said Thursday afternoon in remarks in Wilmington, Del. "Every governor should mandate mandatory mask-wearing. The estimates by the experts are it will save over 40,000 lives."

His comments came after a briefing on the coronavirus pandemic with his new running mate, Sen. Kamala Harris of California, and public health experts. More than 165,000 Americans have died because of COVID-19.

Unlike President Trump, who took months to wear a mask publicly, Biden has long been consistently wearing a mask and encouraging others to do so. But he's never been so explicit about mandates and a timeline.

In an interview with KDKA in Pittsburgh in June, the presumptive Democratic nominee said he would require masks if he were president.

"I would insist that everybody out in public be wearing that mask. Anyone to reopen would have to make sure that they walked into a business that had masks," he said.

The former vice president said he would use the power of the executive branch to do everything possible to make mask-wearing in public a requirement — though mandates have come at the state level, and many governors have opted against such measures.

In remarks at a June event in Wilmington, Biden also said there should be better guidance from the administration around mask-wearing.

"We absolutely need a clear message from the very top of our federal government that everyone needs to wear a mask in public, period," he said.

But his statement Thursday was the most direct comment he's given to date.

"It's not about your rights; it's about your responsibilities," Biden said. He tried to present the issue as a matter of patriotism to protect fellow Americans.

"[Biden] does not identify what authority the president has to issue such a mandate," Trump said, "or why we would be stepping on governors throughout our country."

Trump added: "If the president has the unilateral power to order every single citizen to cover their face in nearly all instances, what other powers does he have?"

An NBC News/Survey Monkey poll in late July found a majority of Americans said they wear a mask in public, but there are clear partisan, racial and age divides. Far more Democrats, nonwhites and older people said they wear masks every time they leave the house.

Biden and Harris, his vice presidential pick, collectively spoke for about eight minutes Thursday, and walked away without taking questions from the press.