Accessibility links
COVID-19 Death Rate For Black Americans Twice That For Whites, New Report Says : Coronavirus Live Updates Three times as many Black Americans as whites have also become infected with the coronavirus, according to the National Urban League report, based partly on data from Johns Hopkins University. 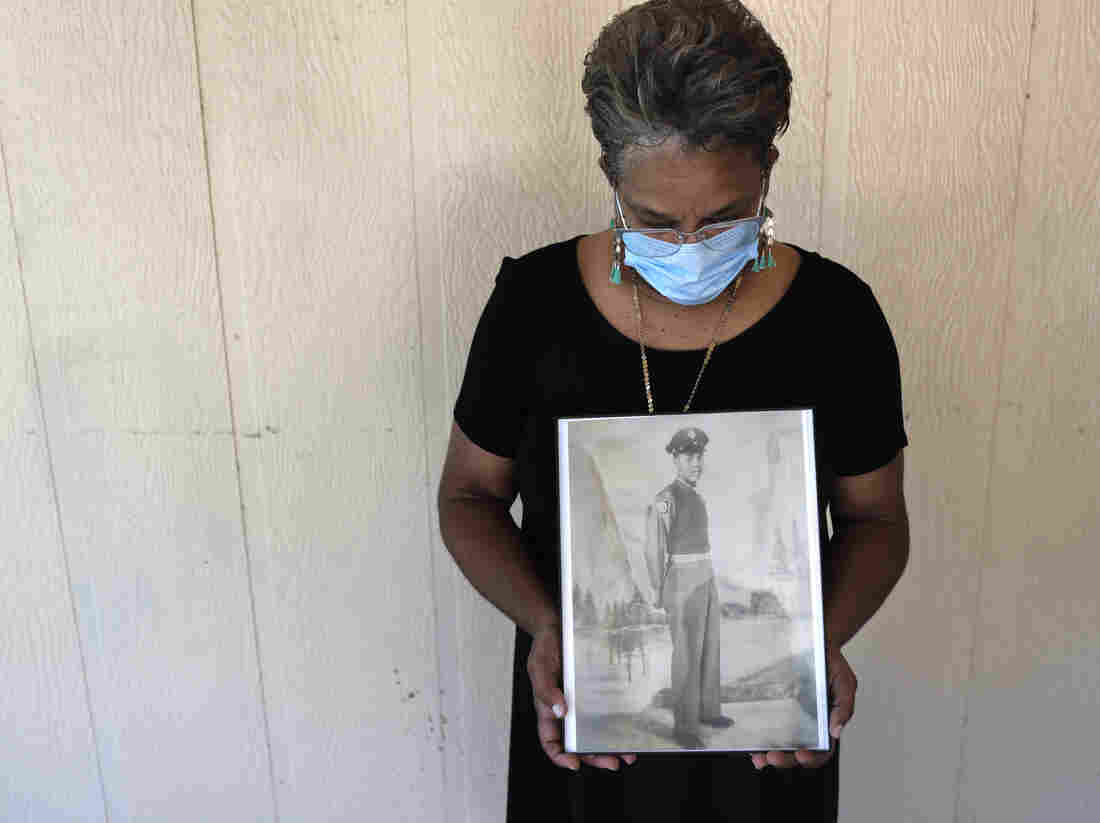 Belvin Jefferson White poses with a portrait of her father, Saymon Jefferson, who died from COVID-19, in Baton Rouge, La., in May. Gerald Herbert/AP hide caption

Black Americans are becoming infected with the coronavirus at a rate three times that of whites and they are twice as likely to die from COVID-19, according to a new report from the National Urban League, based partly on data from Johns Hopkins University.

A key focus of Thursday's report is the impact of the pandemic and how the disease has followed the contours of the larger society in falling especially hard on Blacks, Latinos and Indigenous people.

The pandemic "exposed the fault lines in America's social and economic institutions," the authors of the report said.

The racial disparities that affect how the disease is spreading in America have been identified since the early days of the pandemic, and some of the numbers released Thursday track closely with earlier reports by NPR, The New York Times and other media outlets.

"We know that these racial ethnic disparities in COVID-19 are the result of pre-pandemic realities. It's a legacy of structural discrimination that has limited access to health and wealth for people of color," Dr. Marcella Nunez-Smith, director of the Equity Research and Innovation Center at Yale School of Medicine, told NPR in May.

The new analysis, provided by Johns Hopkins Center for Health Equity and included in the Urban League's report, shows that the coronavirus infection rate for Blacks is 62 per 10,000, compared with 23 per 10,000 for whites. Latinos fared even worse, with 73 infections per 10,000.

Blacks and Latinos who contract the disease "are more likely to suffer from pre-existing conditions which increase the risk of severe illness," the report noted. Both of those groups are more than four times as likely to require hospitalization as a result of contracting the disease, it said.

Further, "Black people with COVID-19 symptoms in February and March were less likely to get tested or treated than white patients," Morial wrote in a blog post about the new report.

Blacks and Latinos were also less likely than whites to have health insurance, he noted.

The death rate from the disease is also starkly different for Blacks, according to the Johns Hopkins data, with twice as many dying from COVID-19 as whites or Latinos.

"Black, Latino and Indigenous people are getting sick and dying in drastically higher numbers," Morial, a former mayor of New Orleans, said during a teleconference Thursday afternoon marking the release of the report.

The Johns Hopkins report notes that Blacks and Latinos are more likely to live in crowded housing and less likely to hold jobs that allow them to work from home.

Whites were nearly 50% more likely to be able to work from home as their Latino counterparts, and 35% more likely than Blacks, according to the report.