Accessibility links
South Korea Faces New Spike In COVID-19 After Months Of Low Infection Rates : Coronavirus Live Updates Officials believe church gatherings in the greater Seoul region are largely responsible for a sudden increase in COVID-19 infections. South Korea had been praised for its control of the virus. 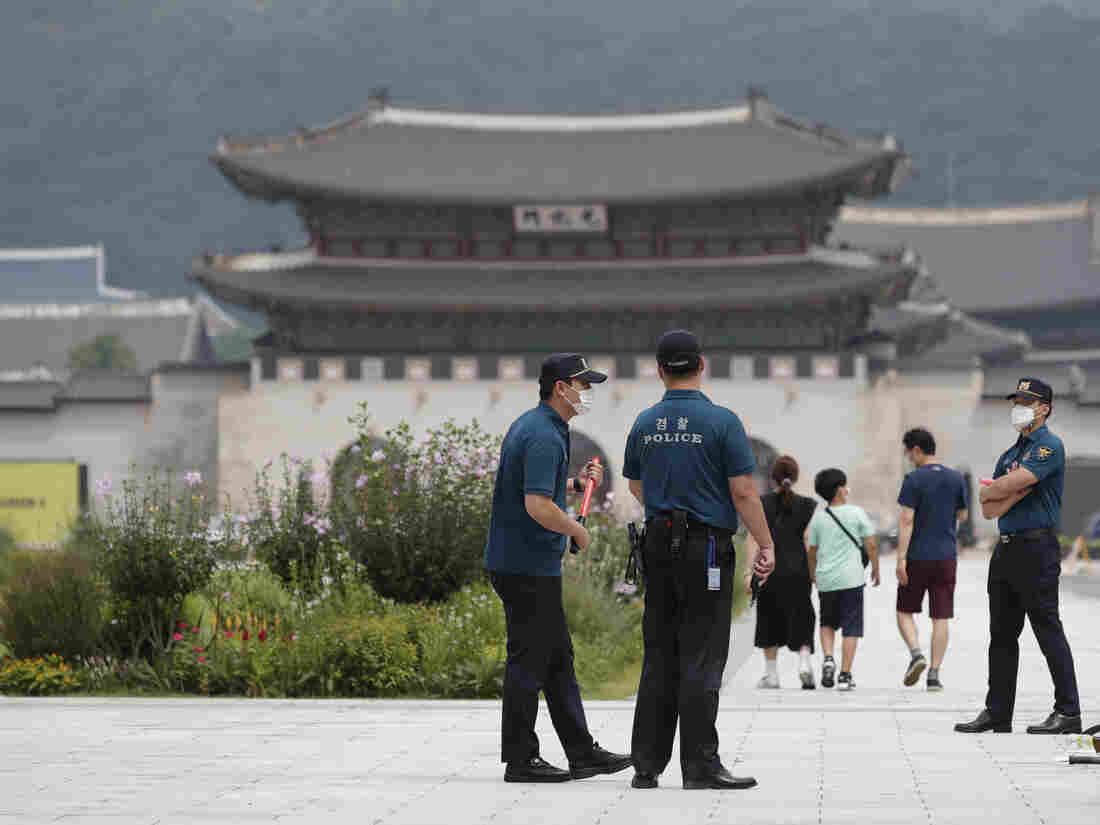 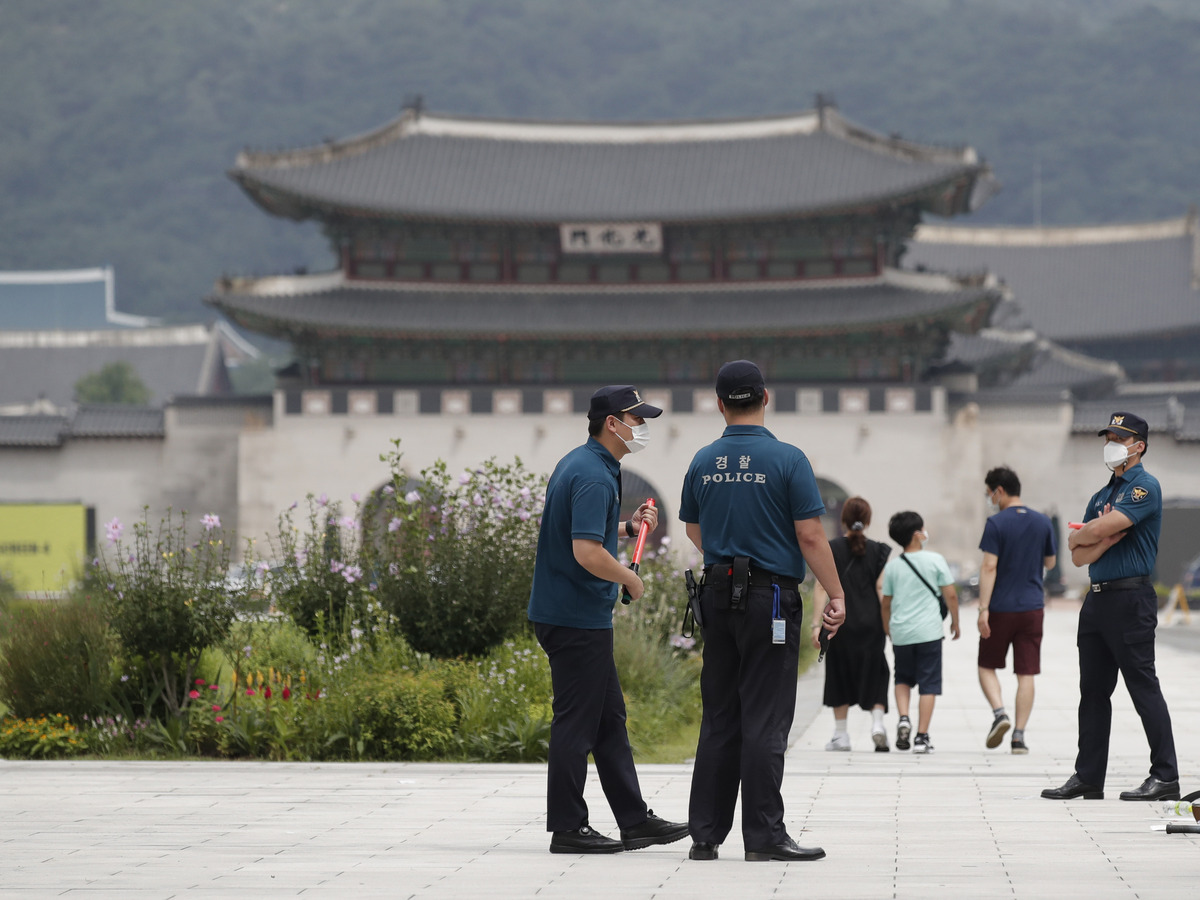 Police officers and visitors wearing face masks to help protect against the spread of the coronavirus walk in downtown Seoul, South Korea, on Sunday.

After keeping the coronavirus under control for roughly five months, South Korea finds itself on the verge of another major outbreak as COVID-19 cases jump to their highest level since March and the capital region retightens social distancing guidelines.

As of Monday, the country has seen four straight days of new cases in the triple digits, for a four-day total of 745 cases. That compares with a peak of about 900 cases per day in late February, after which South Korea managed to keep new daily cases to double digits. As of Monday, South Korea reports a cumulative total of 15,515 cases with 305 deaths.

While the first peak was centered on the country's fourth largest city, Daegu, and a megachurch called the Shincheonji Church of Jesus, this time the peak is centered on the capital and another religious group — the Sarang Jeil Church.

A resurgence of the coronavirus would mark a dramatic reversal after months during which South Korea garnered international praise for subduing the disease through aggressive testing and contact tracing and without resorting to lockdowns.

In April elections, voters handed the ruling Democratic Party a landslide victory, seen in part as a validation of the government's handling of the pandemic.

KCDC chief Jeong warned that virus clusters linked to religious activities have spread across the nation "at a terrific speed." Authorities believe the cluster in the Sarang Jeil Church began with one follower who attended a service on Aug. 9 and tested positive Aug. 12.

The central government plans to lodge a complaint against the church's leader, pastor Jun Kwang-hoon, for allegedly hindering efforts to combat the spread of the coronavirus.

The church denied claims that Jun violated quarantine to lead massive anti-government protests in central Seoul on Saturday, despite a government ban on large gatherings during the pandemic.

The conservative firebrand pastor has called for the impeachment of President Moon Jae-in, whom he accuses of being in cahoots with North Korean leader Kim Jong Un. He also claims that God will save believers from the coronavirus.

Moon shot back on his Facebook page that Jun's actions present "a clear challenge to the national disease control and prevention system, and an unforgivable act that threatens the lives of the people."

Over the weekend, the capital region raised its alert to Level 2 in a three-tier system. For the next two weeks, sports will revert to spectatorless games; indoor gatherings of 50 people or more, or outdoor ones of 100 or more will be advised to cancel or postpone.

Authorities fear that the virus has been spreading undetected for some time and is only surfacing now. KCDC chief Jeong warned Monday that without swift government intervention, South Korea "may face a health system collapse."