Accessibility links
Another Coronavirus Casualty: Florida Tourism : Coronavirus Updates Tourism is one of Florida's biggest and most important industries. But visitors are shying away from the sun-splashed beaches and theme parks. Tourism numbers cratered in the last quarter. 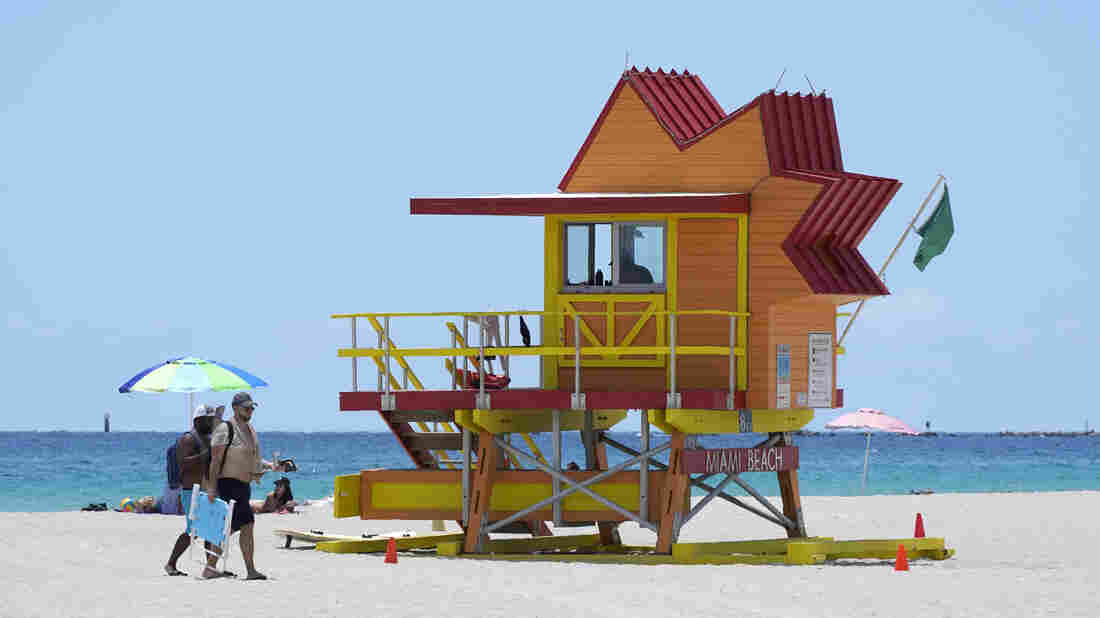 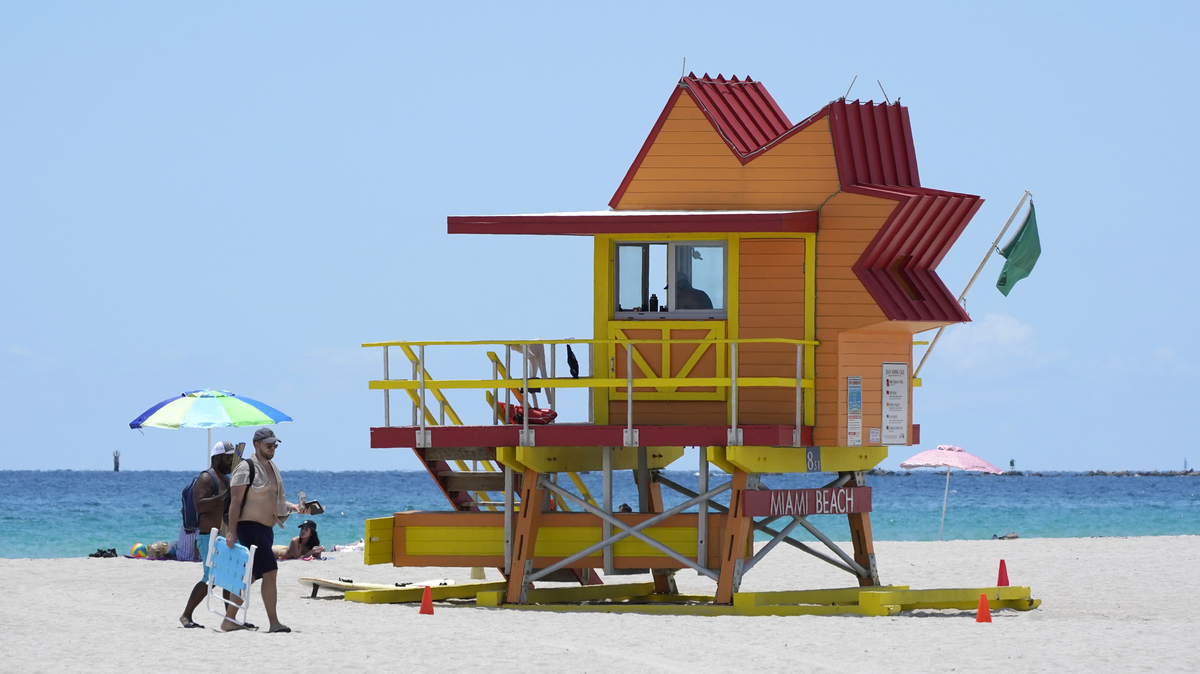 Beachgoers walk past a lifeguard tower on a nearly empty beach on Aug. 11 in Miami Beach, Fla.

Florida, where some 580,000 people have been infected by the coronavirus, ranks behind only California in the total number of cases. A new report describes the impact the pandemic is having on one of Florida's most important industries, tourism.

In the second quarter of the year — April, May and June — the state's tourism agency estimates 60% fewer people traveled to Florida compared to the same period a year earlier. That's a decline of almost 20 million visitors.

Just two years ago, visitors from the U.S. and overseas contributed more than $90 billion to Florida's economy. With the onset of the coronavirus and the resulting lockdowns, social distancing and travel restrictions, the tourism agency Visit Florida says in the second quarter almost all of the visitors, 98%, were from the U.S. With international travel largely at a standstill, visitors from overseas declined by 91% compared with last year. Even visits by Canadian residents, a mainstay of Florida's tourist economy, fell by 99%.

The decline of tourism has had a profound impact on Florida's economy. Hundreds of thousands of people lost their jobs in the leisure and hospitality sector. The cratering of tourism is also hurting state and local governments that depend on sales and hotel tax revenues. Florida's Office of Economic and Demographic Research says sales tax revenues were down $1.6 billion from projections, largely because of the decline of tourism.

Although cases of the coronavirus are now declining in Florida, tourism officials have said it may take years for the industry to rebound. Demand for hotel rooms remains at less than half of what it was this time last year. Although theme parks have reopened, they've seen low attendance, below the limits set to allow for social distancing. Disney World announced it's reducing hours at its parks next month. And Universal Orlando recently told guests it will be temporarily closing two of its hotels and moving their bookings to other properties at the resort.