Accessibility links
German Concert Experiment Tests How Big Gatherings Spread COVID-19 : Coronavirus Live Updates Researchers hope the study can provide insight as to how COVID-19 spreads in large stadiums — and how to prevent it.

German Experiment Tests How The Coronavirus Spreads At A Concert

German Experiment Tests How The Coronavirus Spreads At A Concert 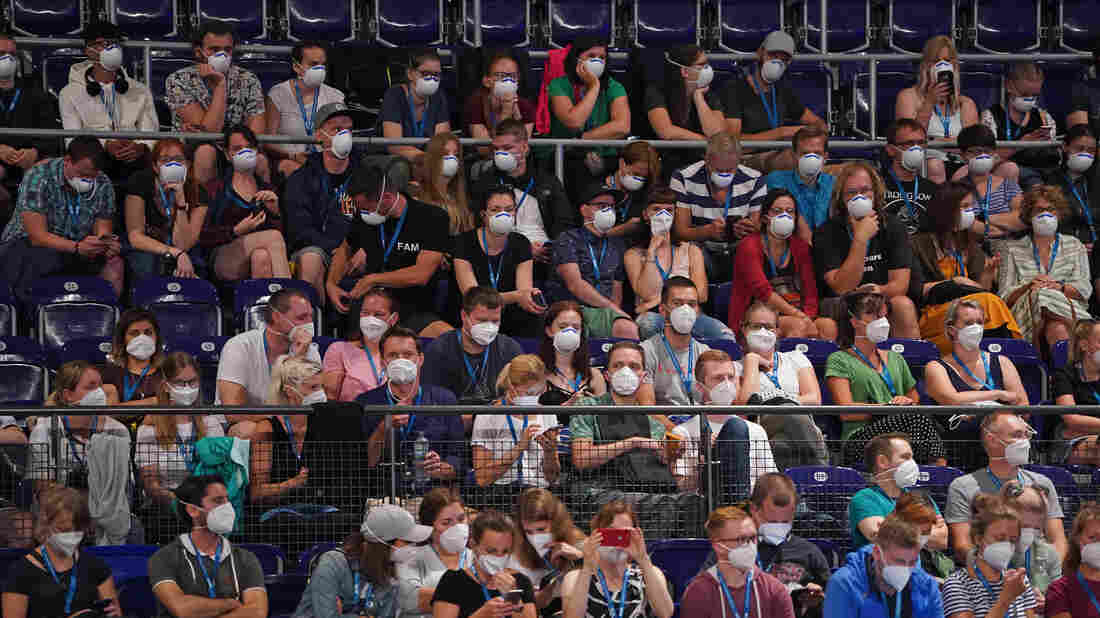 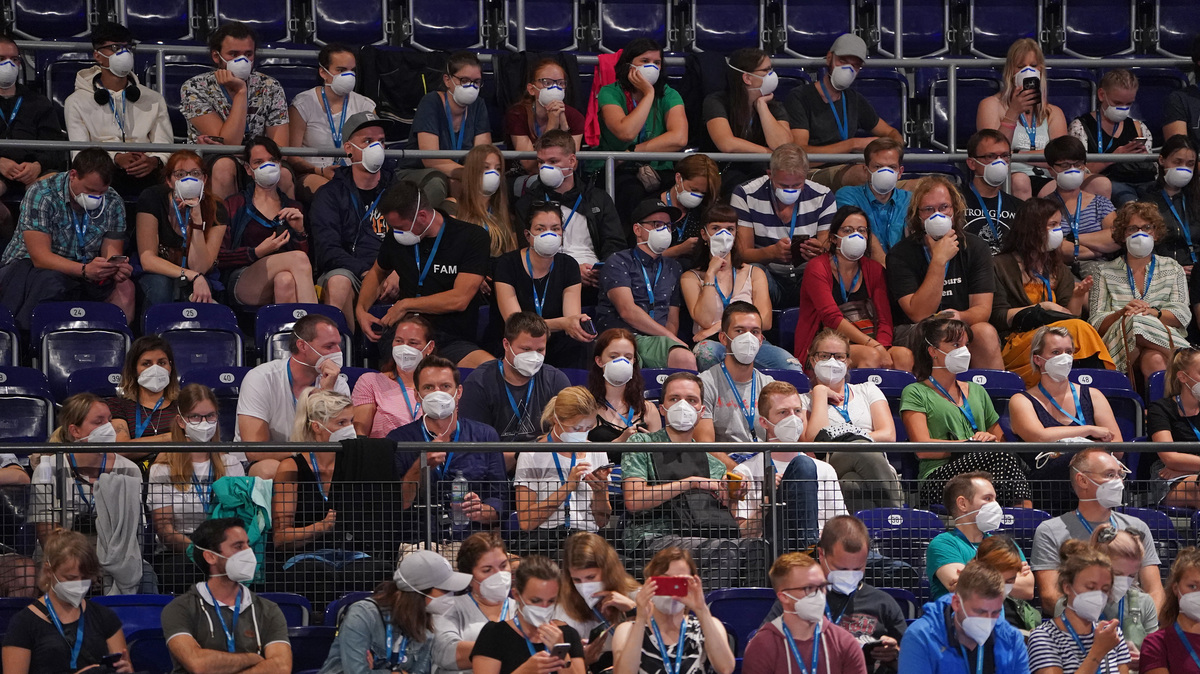 Participants wearing face masks in Leipzig, Germany, take part Saturday in a study to test how the coronavirus might spread in concert settings.

In Germany, several thousand volunteers attended a pop-up concert as part of an experiment to understand how COVID-19 spreads in large-scale stadium events — and how to prevent it.

About 1,500 people took part in the experiment Saturday at Arena Leipzig. Researchers put volunteers in three different concert simulations with varying health and safety protocols, admission plans and seat assignments. All participants were required to test negative for the coronavirus 48 hours before the event and wear masks throughout the experiment.

It was the first time people in Germany were allowed inside an indoor arena for a concert since authorities banned major events at the start of the pandemic. Even though Germany was praised early on for its response to the pandemic, case numbers have been rising recently. The daily number of new infections surpassed 2,000 on Saturday for the first time since April.

The study was organized by Martin Luther University Halle-Wittenberg and cost nearly $1.2 million. Researchers set out to collect data on crowd behavior to understand better how COVID-19 spreads at large cultural and social events, said Michael Gekle, dean of the medical faculty at the university.

Gekle hopes the data will "contribute to national decisions as to whether an event should take place or not, thanks to reliable predictions as to the risk of additional infections related to such an event," he told German state broadcaster DW.

The first scenario simulated an event before the time of the pandemic with no social distancing at all. The second concert included multiple points of entry to reduce crowding and more space between participants. The third concert had a smaller audience and strictly enforced social distancing by making participants stand 5 feet apart, the distance recommended by the German Ministry of Health.

German pop singer Tim Bendzko performed during the three scenarios. While he was skeptical that the concerts would feel realistic, he told The Associated Press that the crowd was engaged.

"We really had a lot of fun," he told the AP. "We survived drive-in concerts this summer and in that respect, for us, this is a first step toward normalcy."

Even though only about a third of the 4,200 volunteers expected showed up for the experiment, researchers said they were satisfied with the data collected. The results of the study are expected in four to six weeks.

Before the study was conducted, critics said such an experiment could not accurately create the conditions of a real concert, where people are drinking alcohol and singing without wearing masks. Gekle said health authorities wouldn't allow participants to drink indoors during the experiment.

"That's the problem of every study, that it's not the 'real world,' " he said. "So we faced the option of either remaining without data or having data that doesn't completely reflect the normal context — but it's still halfway there. And halfway is still better than nothing at all."